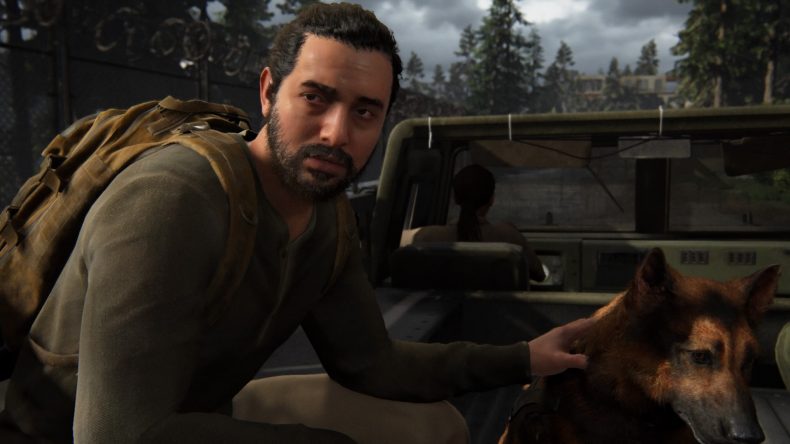 Coin: Alaska – Walk out onto stadium and turn left straight away. This is on the floor.

Coin: Maine – Before walking down the steps leading to the pitch/field, turn right to find this on a bench.

Coin: New Jersey – Once you’ve said hellow to the woman with her feet up (after collecting Alice), it’s right behind her on the ground.

Coin: Vermont – Turn left after picking up your weapon (and after the shooting range). It’s in the filing cabinet. Coin: Kentucky – When you walk into the warehouse, turn right and you’ll find it on the grey table.

Coin: Massachusetts – Inside the huge greenhouse towards the back left, it’s next to a till.

Workbench – After arriving at the boat shop, this is underneath the blue platform, left of the staircase.

Coin: Ohio – When Mel opens the door and you pick up the ladder, use it to climb the wall before resting it against the boat and pick up the coin.

Coin: Indiana – After jumping off the boat shop roof, head into the trailer to the left and you’ll find it on the desk.

Artefact: WLF Cache Note – In the trailer opposite the coin.

Safe – In the building opposite the trailer, head through the crack to find the safe (Code: 173807).

The Forward Base (1 Artefact, 3 Coins, 1 Workbench) Coin: California – Before you enter the base, head right where there’re four WLF soldiers talking. This is behind them next to the red railing.

Coin: New Mexico – After signing in, take a u-turn behind a group of soldiers. It’s on a green crate.

Workbench – In the first tent to the left after entering the base, it’s at the front.

Coin: South Carolina – When you arrive in the building to meet Isaac, turn left to see two WLF soldiers playing cards. It’s on the opposite side of the table.

Artefact: WLF Interrogator Letter – Opposite the two people playing cards, on a cabinet next to a white crate. Artefact: Scars Suicide Note – Climb through the window on the building opposite the entrance of Tang Fabrics & Imports to find this on the body of a dead Scar.

Coin: North Dakota – After climbing up through the fabric store and ending back on the street, climb on the camper van and head through the window to find this in a drawer.

Artefact: Jasmin Bakery Safe – In Chinatown, head upstairs through the Chinese restaurant, jump through the balcony into the antique store and you’ll find this in there.

Shotgun – You’ll find this in the far left store in Chinatown.

Artefact: Plea to Seraphite Prophet – Before heading into the antique store, turn left and climb the staircase to find this on the dead body.

Artefact: Strange Relic – Once you’re in the antique store, head left and find this on a table against the wall.

Artefact: Seraphite Prayer to Prophet – Peace – Following Chinatown, you’ll find a white truck with a Seraphite emblem on it. Open it up to find this inside, hanging up on the right.

Artefact: Seraphite Prayer to Prophet – Steed – This is on the left side of the truck.

Artefact: Seraphite Prayer to Prophet – Respect – Same as above.

Artefact: Prayer for Victory – This is next the the wheel on the driver’s side of the truck.

Artefact: Seraphite Prayer to Prophet – Prosperity – This is on the right side of truck.

Artefact: Seraphite Prayer to Prophet – Pairing – Same as above.

Artefact: WLF Soldier Meets Seraphite Letter – Head into the building to the right of the truck and you’ll find this on the counter.

Artefact: Letter from Seraphite Father to Son – After killing the Scars, head to the top floor of the building where the sniper was. Push the white cabinet out of the way, turn left, and keep going. This is on a table through the door with trinkets hanging from its frame.

Workbench – Same room as above. Workbench – After killing the big woman with an axe, you’ll find it to the left of auto repairs.

Artefact: Failed Truce – This is opposite the Aqua Lime machine in the break room. Workbench – This is in the first room you enter (the big warehouse).

Coin: Alabama – Climb up through the collapsed building (after killing infected) and find this next to the dead body.

Artefact: Infirmary Note – When climbing aboard the crashed ferry, head to the second room on the right to find it.

Artefact: Mutiny Note – After collecting the crossbow, head directly towards the back. It’s under the ‘Washington Transit Authority’ logo.

Coin: West Virginia – Upstairs on the ferry, take your first right then right again. It’s next to a teddy and an Aqua Lime machine.

Artefact: Ferry Log – Head to the other side of the deck (after killing a couple of infected and clickers, as well as a shambler) and enter the white control room. This is next to the dead body.

Coin: Utah – Climb the ladder in the white control room and head turn around. This is on the floor behind the first pillar.

Coin: Mississippi – This is in the water fountain outside the aquarium.