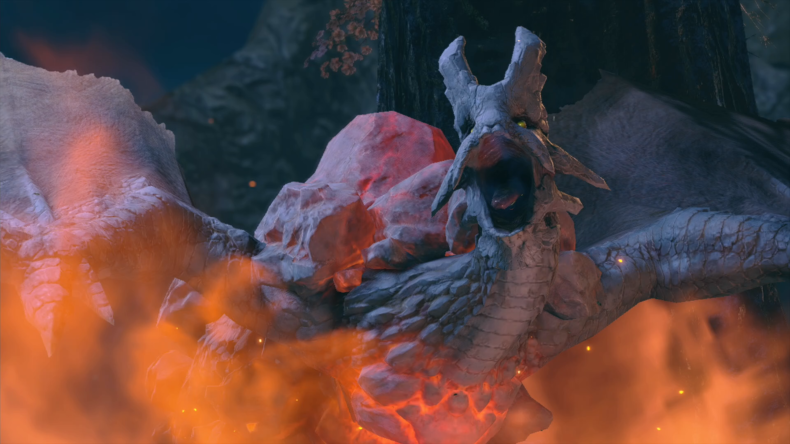 Basarios is another returning wyvern in Monster Hunter Rise. Its rocky exterior hides a ferocious monster that despite its size can move quickly and deal plenty of damage. Its wide variety of attacks and status effects can make it a tricky customer for unprepared hunters. With our guide though, you’ll be downing this hunk of rock in no time.

The first thing to note is that Basarios has an outer shell on its back that is literally solid rock and thus makes it impenetrable unless broken. Slash weapons will have a tough time here breaking this down, although smash weapons such as the Hammer or Axe may have more luck breaking this carapace and then dealing damage.

Melee hunters will likely fare better around Basarios’ feet dealing damage there and to its relatively more vulnerable undercarriage. Bizarrely this can be one of the safest places to fight Basarios because it help to dodge some of his projectile attacks. However, his movement and momentum, as well as some AoE attacks can ruin your day if you’re not careful.

Ranged hunters should aim for the head or undercarriage too, unless they are directly trying to support in damage the rocks on its back. 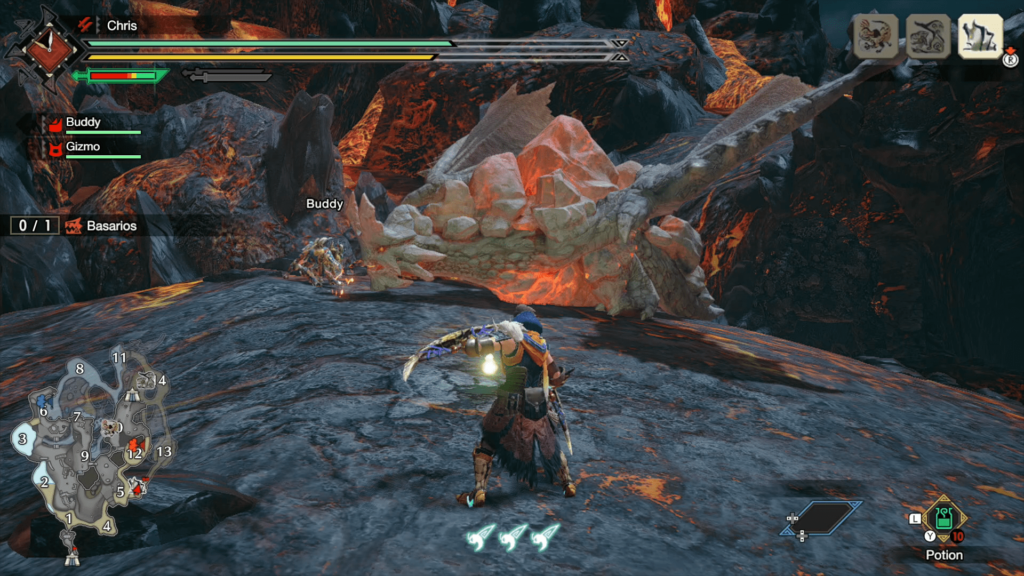 Basarios has a lot of tricks up his sleeve in Monster Hunter Rise to catch you unawares. The first of these to watch out for is that he can dig underground, and chase you around the area. His intention is to pop up underneath you and deal damage. To avoid being hit, keep an eye on where Basarios is, and more importantly, keep running around. Your pace should outmatch his and keep you safe.

Basarios utilises the element of fire to heat up its rocky body, particularly from its softer underbelly. When it first does this, this area will glow orange, and any melee fighters should scarper to avoid being caught in a small AoE fire attack which will burn you and require you to roll to put it out.

This can then be followed up by Basarios bouncing around and landing on his fiery stomach up to three times to catch you unawares, deal damage, and set you alight. Again, keep moving away from him and you should be fine here.

Once in this fiery state, Basarios will likely also resort to other flame attacks from its mouth. The clear tell for this is an orange glow that appears in his mouth area as a windup animation. Basarios can then either fire up to three fire projectiles around the area which you will need to dodge, or alternatively a powerful single beam of fire that will cause large fire damage if it strikes you. The best tip here is to keep strafing Basarios to avoid being hit, and where possible be behind or underneath him when these attacks are used to be safe from their range.

Aside from fire though, Basarios has a couple of other AoE attacks to watch out for. They look the same as the flame attack, except the orange cloud is replaced by a purple one to poison you or a blue cloud to put you to sleep. They should be avoided by moving away from Basarios as soon as you see the clouds begin to form. If you do get hit, Antidotes and Energy Drinks will help you out. 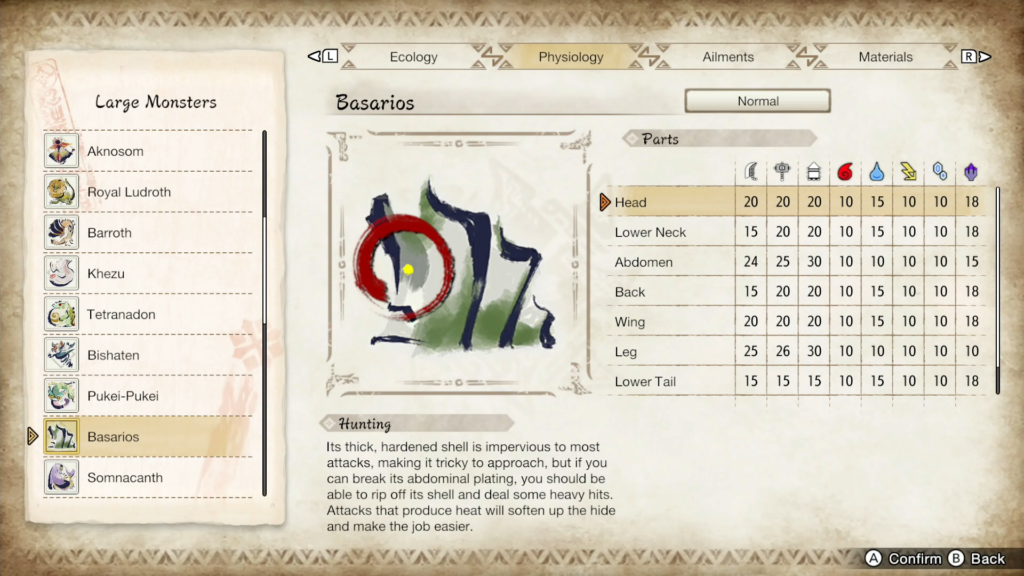 The best elemental type to use against Basarios is Dragon Weapons, which are fairly effective across most areas. If you don’t have a Dragon Weapon, the next best alternative is Water.

Basarios is very susceptible to Sleep so equip weapons and items with this ailment to help here. Blast is also another option if you have a weapon of this type, as you can deal extra damage with it.

Basarios can be found in Sandy Plains and Lava Caverns.