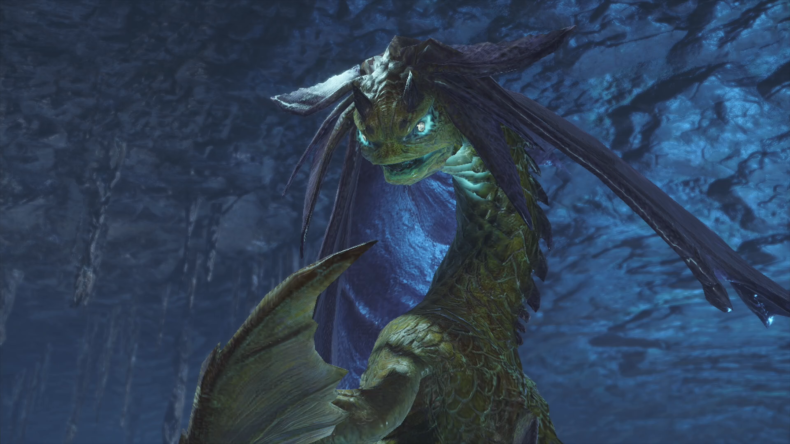 Somnacanth is a brand-new Leviathan monster in Monster Hunter Rise. This fish-like monster moves quickly, particularly in its favoured watery areas ad catch you unawares. Its sirensong can be deadly when combined with its other ferocious attacks and without the proper planning, you could be left for dead. Thankfully our guide will give you all the tips you need to know to down this singing temptress of the water.

Somnacanth has a couple of main weak points in Monster Hunter Rise that both melee and ranged hunters should take advantage of. These are its head and neck area which take the most damage when hit. The problem is actually landing hits in this area can be quite tricky.

Somnacanth has two main attack poses. The first is moving horizontally along the ground, either on its front or back. This is the melee hunters best chance to hit the head and neck as they are closer to the ground. However the quick pace could make this difficult, particularly for ranged attackers to get a look in and actually land hits in this vulnerable area.

When the monster rises up, balancing on its tail, the favour between melee and ranged shifts though. Now that Somnacanth is vertical, melee hunters will find it much harder to hit her precious weak area and may have to settle for her legs or tail area instead. Ranged hunters though can aim for the head, and whilst Somnacanth is much less mobile in this stance, will find it easier to land that all-important headshot. 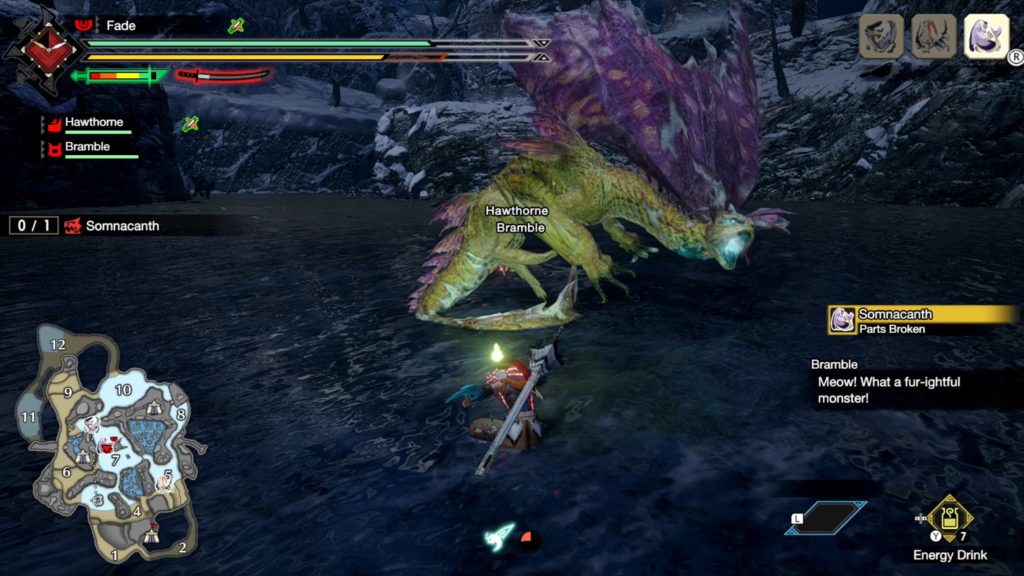 The Somnacanth has a few attacks you need to be mindful of. The biggest threat the Somnacanth poses you is that she can emit an intoxicating sleep powder from her gills and tail that renders hunters useless and unable to move as they drift off. The first sleep attack to be wary of is in watery areas where Somnacanth will float on her back and swim backwards emitting a sleep cloud in her wake. Hunters who end up chasing her will likely get caught up in the cloud and be put to sleep. Also because she covers ground quickly with the move, quite a few areas could end up with sleep clouds, so be vigilant to stay awake.

As well as this she can also fire a constant stream of sleep toxin. When she goes to do this, she will stand up on her tail, and then expel the toxin and rotate her head and body around so that she covers a large arc of the area with her attack. If this is aimed at you, this can be incredibly hard to dodge consistently. Your best bet is to remain close to her and try and remain behind her as she rotates so that the sleep cloud never hits you.

Her final sleep attack comes when she is enraged. At this point she will emit a loud shrill cry that will last a few seconds. This is your warning that a large AoE sleep attack is imminent. To avoid succumbing to slumber, you should put as much distance between you and Somnacanth as possible.

As with all sleep situations you have a few options. Stock up on Energy Drinks to recover quickly. Alternatively, if a friendly hunter or buddy strikes you they will wake you up instantly. Also, you could don sleep-resistant armour to negate the effect.

The final attack to bear in mind is when Somnacanth will fire sharp pink projectiles at you. She will do this when in her tail pose. They are thrown at pace, and so can be quite difficult to dodge unless you’re constantly on the move. If a few hit you in a row, your health bar won’t thank you so be on the look out and keep moving if you see Somnacanth is throwing these about. 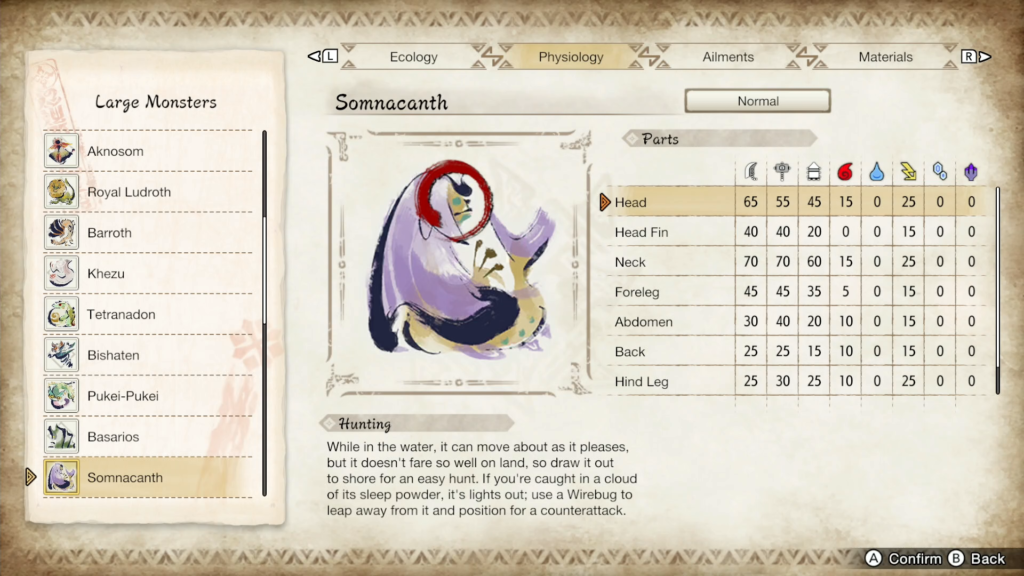 The best elemental type to use against Somnacanth is Thunder Weapons, which are very effective across the head and neck areas. If you don’t have a Thunder Weapon, the next best alternative is Fire.

Somnacanth is fairly susceptible to Thunderblight so go with a Thunder weapon as mentioned above. Blast is also another option if you have a weapon of this type, as you can deal extra damage with it.

Somnacanth can be found in Frost Islands, Flooded Forest and Lava Caverns.