A Rose in the Twilight Review 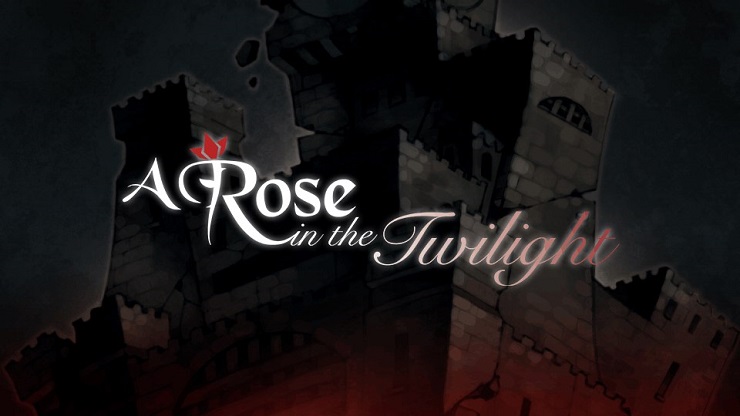 Ever since NIS announced and released htoL#NiQ – The Firefly Diary, I was intrigued by their smaller team output. While Firefly Diary was annoyingly difficult, I loved the visuals and the atmosphere it had. The next entry from their smaller teams was Yomawari, and I still maintain that it is one of the best horror games out there. Now that A Rose in the Twilight is finally here, I’m glad to have experienced it. It plays like a spiritual successor to Firefly Diary that is improved in almost every way.

You start out playing as Rose who wakes up in a monochrome and eerie castle. The aesthetic here reminds me of Limbo, but if spent time playing The Firefly Diary.  Rose has a cursed thorn growing out of her back. You can absorb blood and put it into other objects in the environment. There’s also a giant golem like creature you find early on. This creature works with you (the player controls both) to help you escape the castle or try to. The tale told here is very dark and the stark contrast it has to the character model is something that really intrigued me. As you make your way through puzzle areas and just try to figure out what is happening, there are blood memories to discover. The giant golem is also super important as it can lift and throw objects, and you need this to clear certain puzzles. One thing to expect here is a lot of death. I don’t mean just the normal puzzle platformer death that restarts quickly. Death here is gruesome. If you want to force restart an area, Rose will do herself in and you will see it happen. When enemies get to you, each death feels real but you get used to it happening. It will happen a lot. There’s quite a bit of trial and error which annoyed me but at least it wasn’t the controls that were annoying me like they did in The Firefly Diary.

The storytelling here while a bit on the subtle side delivers in spades when it shows you vignettes with blood and silhouettes. I’m not a fan of when games do the whole story through tapes or memories scattered across the world though. The presentation for these Memories is really good and it feels like a more gruesome version of Monokuma’s lessons when you go to sleep in Danganronpa albeit shorter. The boss fight at the end deserves a special mention even though I died far too many times. It was a great experience overall. Aesthetically, I’m more than pleased with how things turned out here. Rose and the giant look great. The blood animations and glaring red colour that some things have are a nice contrast to the background. If you look carefully at a screenshot from here, there’s a lot going on with the foreground and background visually with art and effects. I’m glad I sprung for the limited edition that has an artbook.

Unlike Yomawari that had one actual main theme and a lot of atmospheric music, A Rose in the Twilight’s score is very well done. There definitely was a higher budget put into this experience than the previous two releases from NIS. “For you and for me” is definitely my favourite song. There’s a lot of melancholic and atmospheric sounds complementing the piano that plays a big part here.

A Rose in the Twilight is a very good game and one that is unlike anything else in the puzzle platformer space. The improvements made from The Firefly Diary are great. It is evident the team took the criticisms to heart there. I can’t wait to see what this team works on next.

A bit too vague at times

A Rose in the Twilight is a worthy spiritual successor to The Firefly Diary and one very intriguing puzzle platformer on its own with a unique and eerie atmosphere.