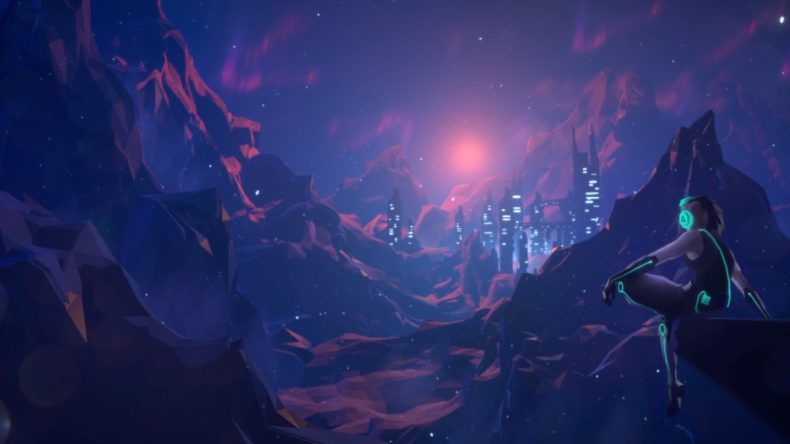 In his relatively short career, Aviici (whose real name was Tim Bergling) put out some belters. Despite his tragic death in 2018, his music remains a regular mainstay in clubs and dance venues all over the world.

His particular brand mixes emotional trance with heartfelt lyrics and incredible collaborators, marking him out as one of the best DJs of the 2010s. Aviici Invector, released in 2019, was a tributary game, made in collaboration with Bergling’s family. Musical proceeds go to the Bergling Foundation, created in his memory to raise money and awareness for mental health issues.

We reviewed the original game at release and found it to be a forgiving, if sometimes off-kilter rhythm game. The Encore Edition released a while later, featuring more tracks for a total of 3 – and now that version has found its way to the Meta (Oculus) Quest 2. 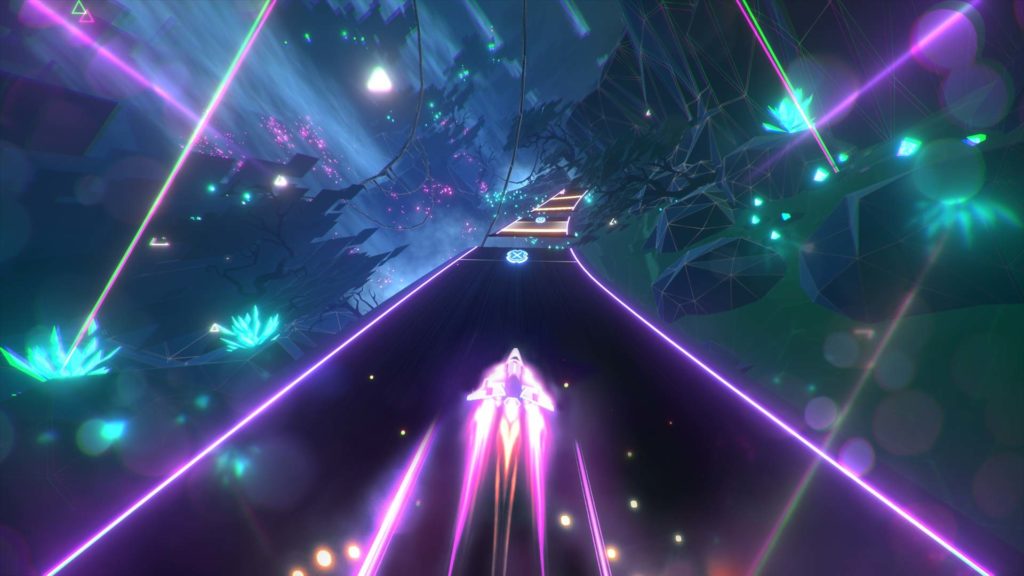 Graphically simple, Aviici Invector Encore Edition features 35 stages and four difficulty settings. It follows Stella, a wise-cracking, fast-talking lone pilot on a nebulous mission through various worlds across the galaxy. What she’s doing isn’t entirely made clear, but nor does it really matter. She’s there to bring some form of context to what you’re doing when it doesn’t really need it.

All that matters is you hit the right buttons at the right time. Aviici Invector Encore Edition is a rhythm game, you see, which uses the face buttons and triggers on your Oculus controllers to swoop, roll and boost to the beat. Moving the action into VR adds a little immersion, but comes at the cost of the multiplayer element. It’s a strictly solo, offline game, although there is a leaderboard if you’re connected.

There are seven worlds to blast through, but in all honesty they’re not overly distinct. The Ice planet, for example, is different from the City, but not in anyway that matters. You won’t have time to take in the visuals, and even if you did the flashy effects of Invector’s pychadelic roller-coaster blind you to the details. It’s fast-paced and mesmeric, and that’s all it needs to be. 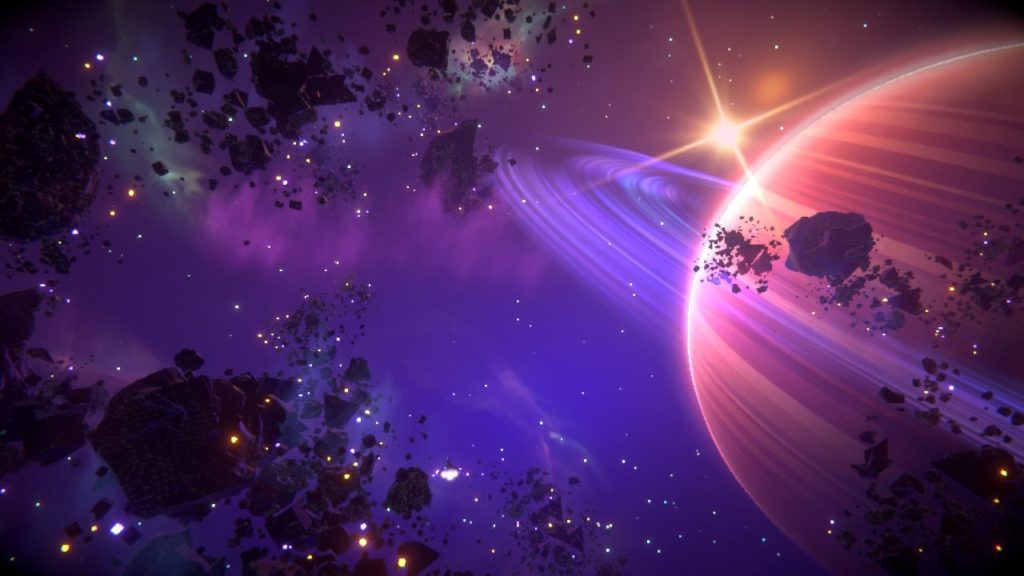 It’s not overly difficult though, even on higher levels. In VR, you have the ability to look around in a freer way than playing in front of a screen. You can see what’s coming, but not always in time to nail each press. You’ll alternate between A, B, LT, RB and X, which feels like a bit of the VR experience. With the controls the same as the other platforms, the only benefit of strapping on the Meta Quest 2 is 360-degree vision, which you don’t need.

Each stage asks that you hit at least 75% of markers, and even on hard I rarely dropped below 80%. It’s quite forgiving when you start to struggle, as the pace slows to compensate. When you’re nailing prompt after prompt in perfect time with the rhythm, though, it becomes euphoric. As you can play the entire game sitting (there are no comfort settings at all), it’s a fairly relaxing experience if you want it to be.

Ultimately though, fans of Aviici’s stirring club tracks will get the biggest kick out of Aviici Invector Encore Edition. It doesn’t do anything other rhythm games don’t, but the music here is almost all gold. Each of the 35 tracks selected is fantastic, with some I wanted to replay over and over and none I wanted to skip. 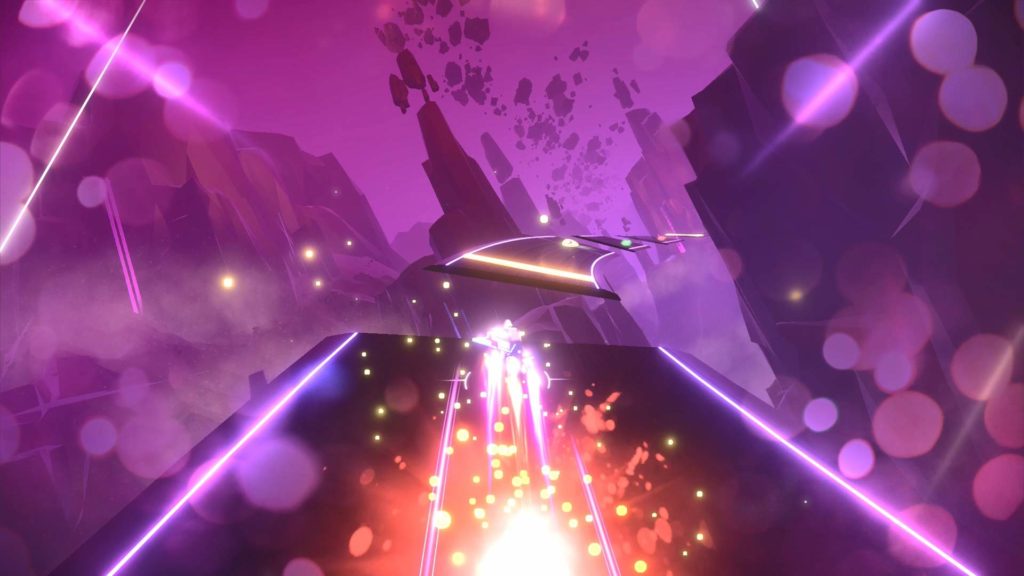 The story, such as it is, I could take or leave. Stella is written as a precocious teen who no one would leave in control of a space craft. The plot about her exploring the galaxy for reasons while some mysterious organisation sends her coordinates to the next place or attempts to bring her home is entertaining enough, but always feels superfluous.

Anyone coming to this game for story, though, is probably at the wrong club. This is a game made to celebrate Bergling’s talent, and remember his creations. It’s pretty to look at, sounds amazing, and plays well despite its lack of variety. It’s well worth the asking price, which you could easily double for fans of the man himself.

Only one mode
No multiplayer
Adds nothing for Oculus

Aviici Invector: Encore Edition on Oculus Quest 2 is a game made to celebrate Bergling's talent, and remember his creations. It's pretty to look at, sounds amazing, and plays well.

You may also like
Hello There GamesOculus Quest 2Reviews