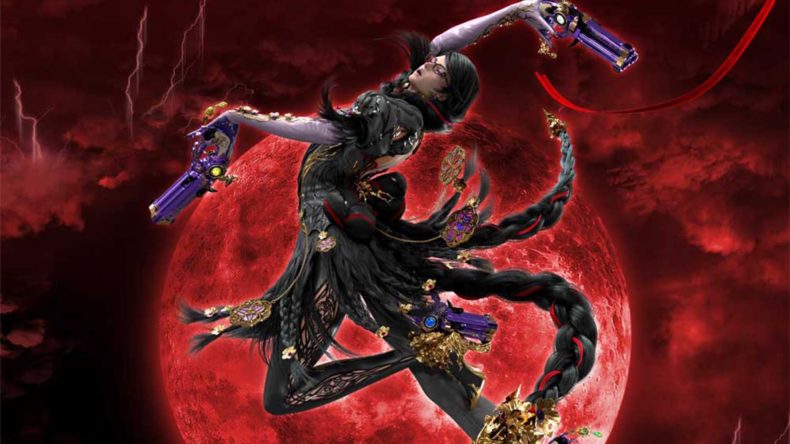 There are parts of Bayonetta 3 that feel like a developer showing off. Multiple moments you see them switch genres on a dime and you’re left thinking “make a shooter, why don’t you just make a shooter?” and then you remember they did, or “make a fighting game” and realise that, yeah, they kind of also did that. Bayonetta 3 is a showcase of game design in the way that Nier: Automata was by PlatinumGames, and despite how brilliantly it plays, I could never shake the feeling that there is still room for improvement.

I’ll get this out of the way early on, because I know it’ll make some people roll their eyes, but the sexualisation of the characters in Bayonetta 3 got to me a bit. I can deal with the clothing decisions; I can even deal with the moaning and groaning (Jennifer Hale’s Bayonetta is great, to the point I forgot the voice actor had changed until the drama unfolded) from Cereza herself as she bends and contorts her legs in ways often saved for certain websites. But there are just one too many scenes that the camera focus starts on the breasts or crotch. In one scene, as water splashed over a partially nude torso, I couldn’t help thinking it would be nice to have a game that played like this that doesn’t require me to explain to my wife and kids that “dad isn’t a pervert, this series is just that way”. 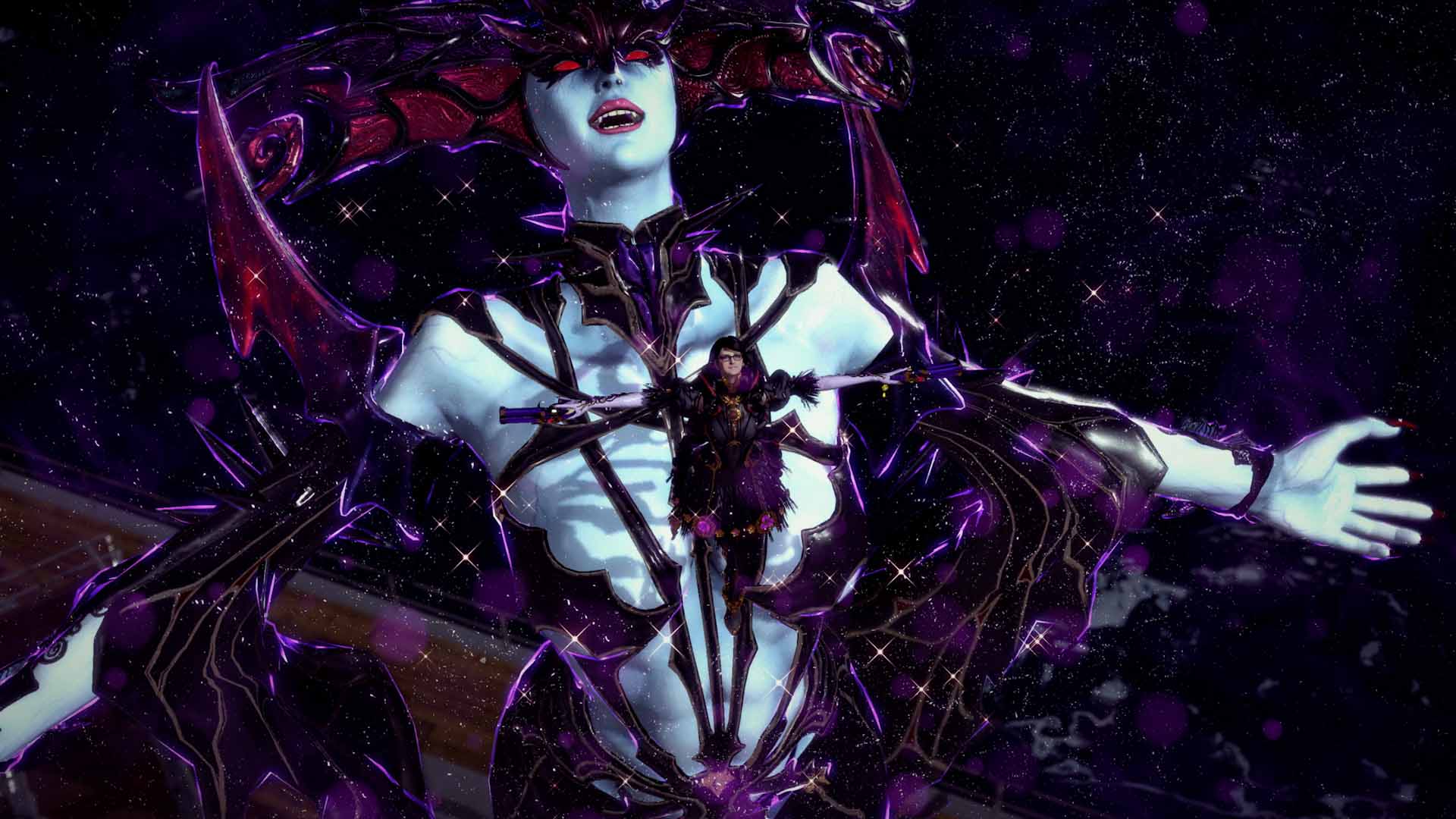 Anyway, with that out of the way, this Bayonetta story focuses on the metaverse (don’t groan yet), and to keep this as spoiler-free as possible, let’s just say that essentially there’s an entity that’s going universe to universe wiping out everything, defeating alternative versions of Bayonetta. The reason you shouldn’t groan is that the multiple versions of Bayonetta provide the foundation for some of the most fantastic parts of the third entry: Demon Masquerade and Demon Slaves.

You’ve seen our Bayonetta’s Demon Gomorrah before. The giant dragon/godzilla thing that she can and has summoned over the previous games. Likewise, you know of Madama Butterfly, who helps her fly about a bit, and speed across land. But thanks to the demise of alter-verse Bayonettas, you will quickly pick up new Demons, and it all goes hand in hand with the weapons systems and the summoning abilities that, frankly, you’ll have to get used to, pretty quickly. 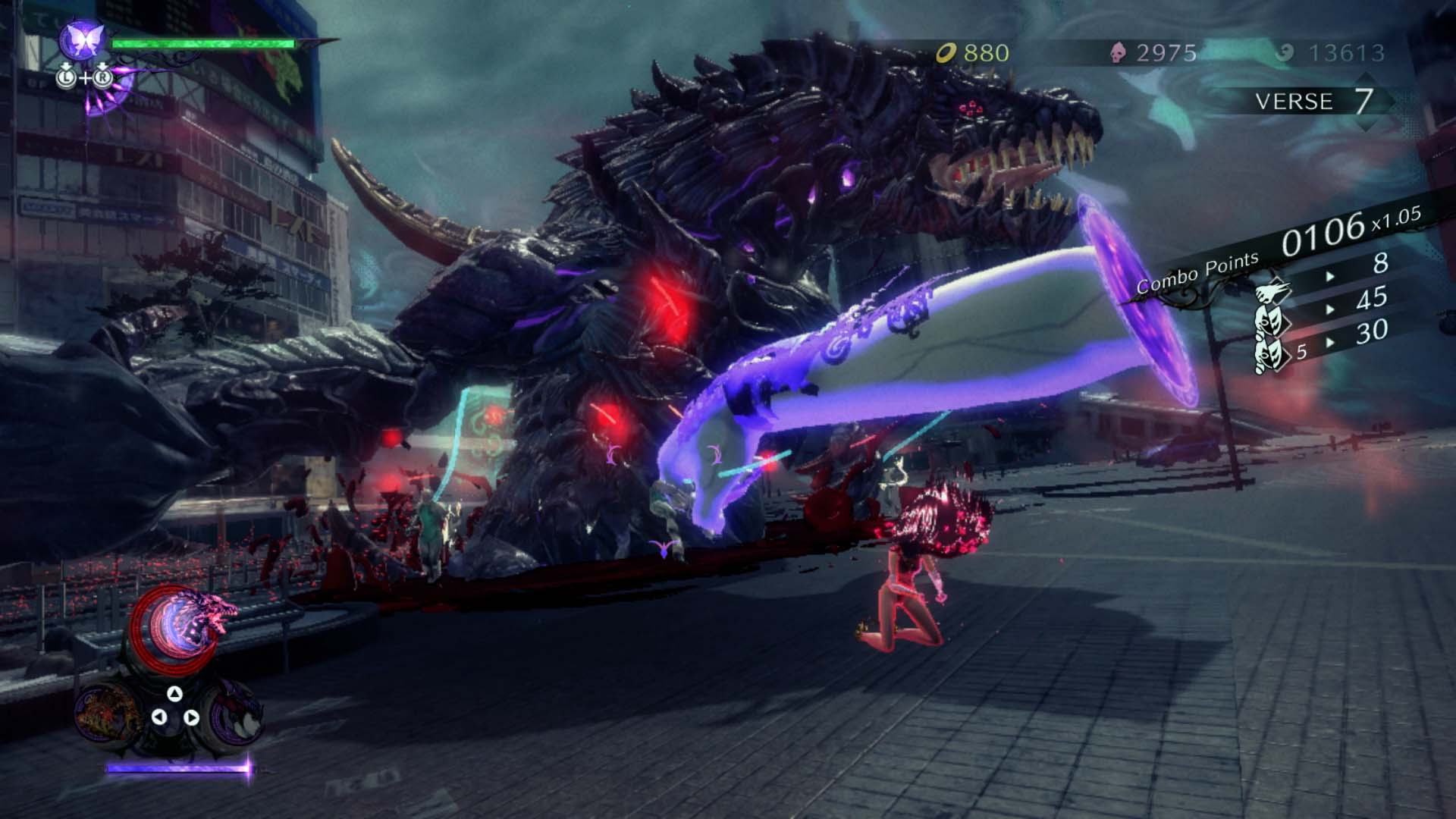 Adding to all of the usual tricks Bayonetta has up her sleeve, now you can summon one of three demons (based on a quick menu that you assign them to) at will by holding the left trigger. Once summoned, our heroine will dance on the spot (pretty much nude, but not entirely) and you take direct control of the summoned demon. There are combos for every single one which follow a pattern throughout, and they can be incorporated into Bayonetta’s melee combos as well. Each new summon also has a traversal ability (Butterfly can speed and fly a bit, Phantasmaraneae the spider can climb and swing like Spider-Man, and there’s more I won’t spoil here), and each is a highlight. I challenge anyone not to stand back and think “what the hell” when you’re suddenly controlling a ghost train in 3D space and drawing tracks around enemies to deal massive damage. It’s absolutely bonkers, but it’s brilliant and creative.

But this might be a little too much for some. I confess that where I was getting Platinum Medals in previous games, I was being reduced to gold and silver here. It’s not that there are more enemies (though there does seem to be a lot more larger ones), but the mechanics are almost overwhelming at times. Some of this combined with the visuals and colours on show almost creates a kind of sensory overload, where you sit back when it’s all done and need a cigarette, unsure of how you even finished the fight. 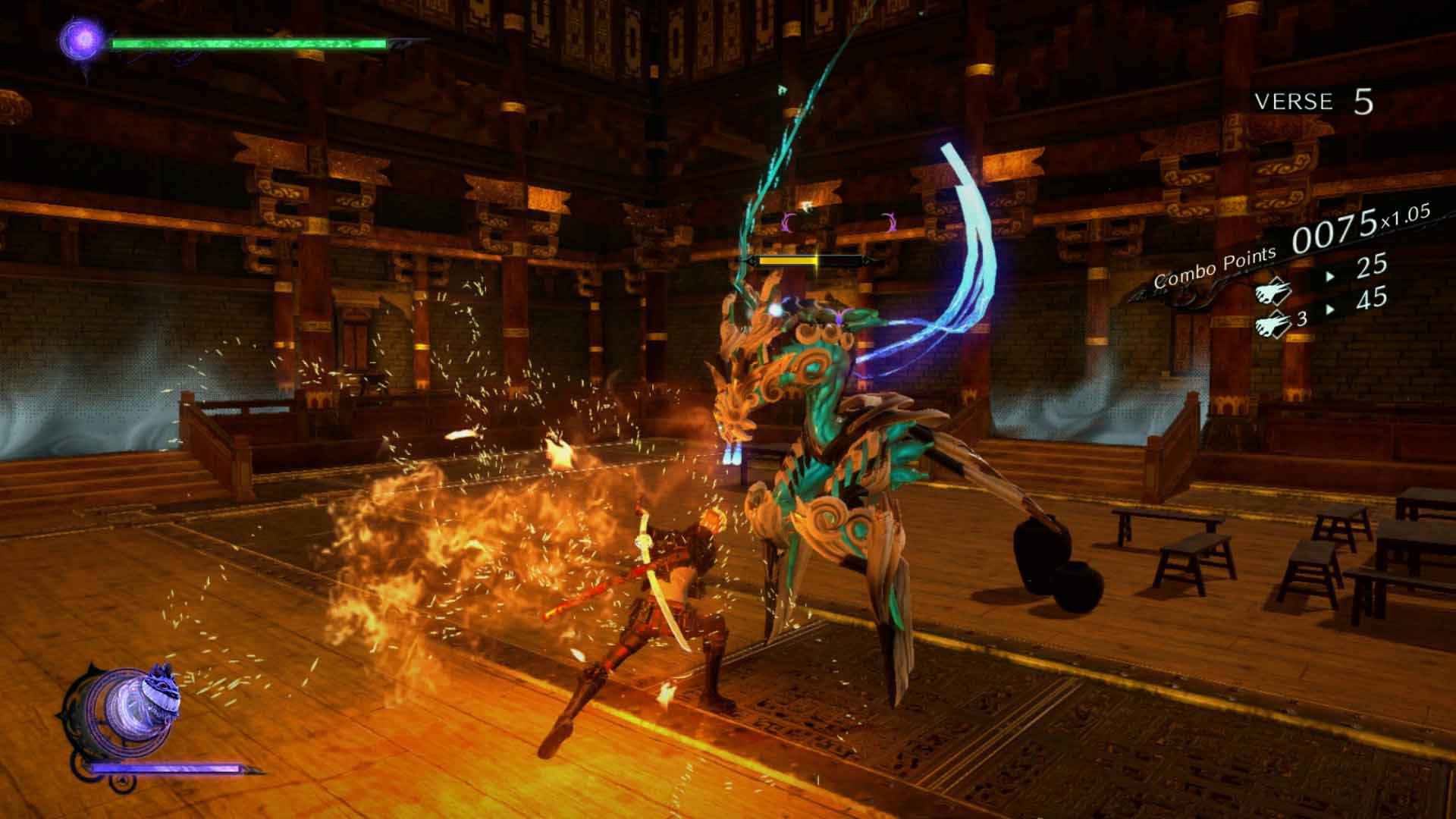 But I feel it’s more that Platinum wants you to master the game, and not have it as a one-and-done. Chapters are pretty short and there are multiple missable encounters if you’re not off the beaten track searching for the numerous collectibles. Bayonetta 3 wants you to take it all in, get a silver and then come back for the Pure Platinum medal for every verse. It’s satisfying to unlock new skills and then incorporate them into your combos, and I kept coming back over and over to try and better myself. Few games do that these days, but this is one that so enraptures you with its mechanics that you want to get better.

You see, you’re not just learning one type of combat here, you’re constantly learning new things all the time. As fast as you’ve gained a new weapon and demon, you’re into the next part of the story and clearly on the way to getting more. Then you’re playing as Viola, which almost feels like it’s back to Bayonetta 2 style combat, only with a massive Cheshire Cat Demon who you can summon and attack enemies with. Yes, even newcomer Viola has a demon.

Just as it all reaches a crescendo of flashy violence and absurd cut-scenes, and you’re not sure you can take much more, it stops, calms down, and decides it’s time for the side missions with Jeanne. Instead of more combat, Platinum decided that Jeanne’s part of Bayonetta 3 is a side-scrolling 2D stealth title, akin to Shadow Complex. But this is Platinum, so eventually, you’re sneaking around levels that end in you fighting an enormous monster with a rocket launcher, because there’s enough seriousness in games, right? Far from interrupting the flow, Jeanne’s levels are a welcome respite, offering calm in the multiversal storm. 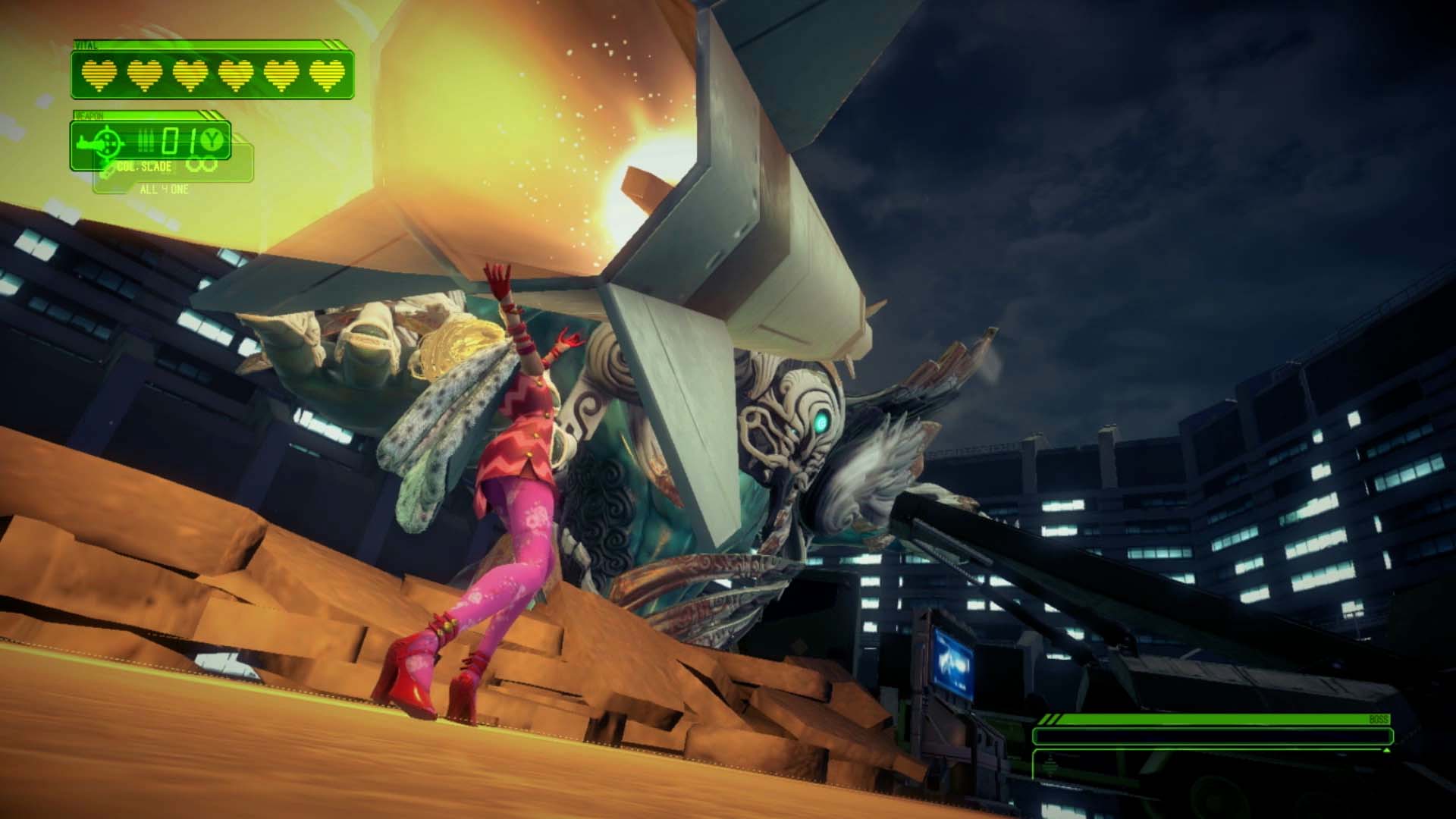 And look, I’d be lying if I didn’t say there were parts that didn’t just look plain ugly. Some of the early levels where there’s a lot of fire just look rough, like, around PS3-era-rough. But like me, you’ll notice it and move on, because the smooth 60fps and blistering combat is enough to carry Bayonetta 3 from start to finish. It’s chock full of ideas, and given how ridiculous the second game got at the time, all this one has done is made me wonder what else the developer is holding back from us.

As action games go, let’s pull no punches: Bayonetta 3 is an exceptional time, and up there with the very best there is. Compelling from start to finish, there’s very little reason I can think of to say anything other than it was well worth the wait. Yes, it could look better, and sure, it could be a bit less sexy, but really there’s just nothing else out there like it, and it deserves to sell gangbusters, and be celebrated because ultimately, Bayonetta 3 itself feels like a celebration of the medium. Bloody hell, what a ride, but maybe don’t make us wait another eight years for the next one, please.

Some very rough textures
A little too immature in spots

Compelling from start to finish, Bayonetta 3 is an exceptional time and up there with the very best there is - and was worth the wait.