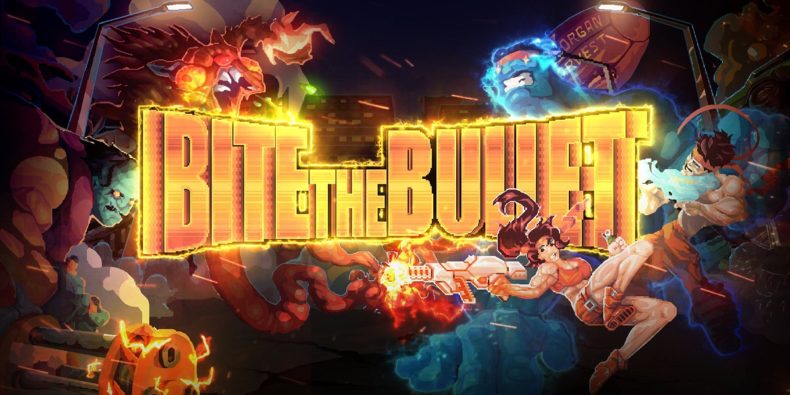 As a larger gentleman, I’m no stranger to stuffing my face with all kinds of tasty delights. I’ve never been a fussy eater, happily chowing down on anything in my path that doesn’t contain celery. There has always been food in video games. Be it a roast chicken to refill your health, or a home-cooked meal to provide your party with a buff, the power of food is well represented in gaming history. It’s rare that you’ll need to worry about calories and protein when scoffing in a video game, but in Bite the Bullet every forkful counts.

You play as either Chewie or Chewella, two members of DarwinCorp who have dedicated their lives to researching foods after an economic downturn left the world on the brink of collapse. In this bleak future, the inhabitants of Earth have become hideously mutated due to a lack of calories, and only Chewie and Chewella can clean up the mess. Fortunately, they have just the tool for the job. Thanks to special implanted bionodes, our dining duo have the ability to eat any material, from mutant flesh to robotic bodies.

At its core, Bite the Bullet is a run and gun shooter. You’ll spend your time navigating stages, blasting freaks and eating matter. Practically every enemy you encounter can be eaten, if you lower their health low enough to stun them. Each enemy rewards you with different amounts of health, calories, and DNA points to level up your hungry hungry hero. If accidentally lower a foe’s health to zero there’s no food for you, which means you’ll need to be careful with your bullets (and this does unfortunately slow the pace of the game down). 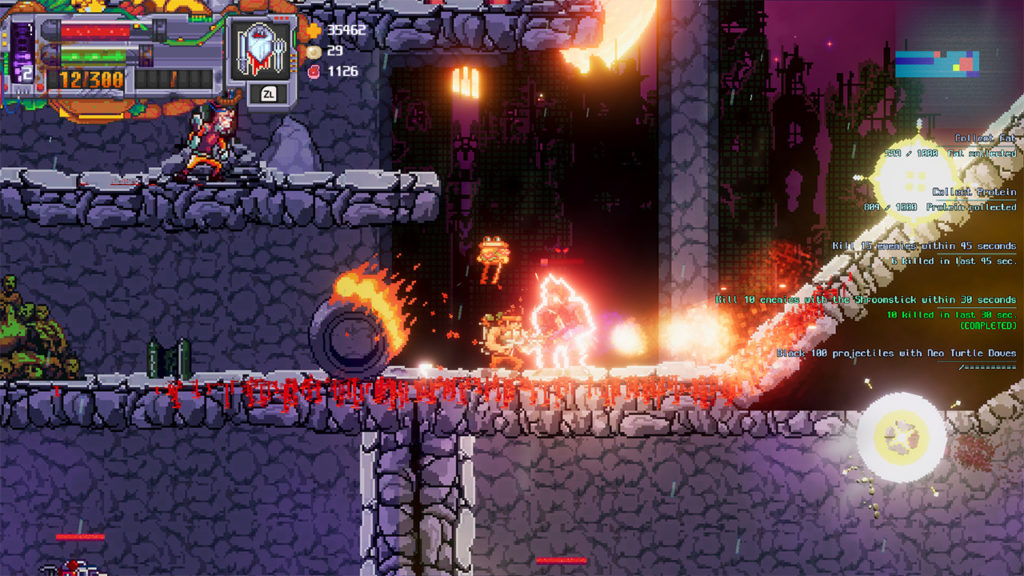 On your adventure you’ll loot an array of weapons from the enemy. As well as finding entirely new firearms, you’ll also find guns with incrementally better stats and abilities to loot. From satisfying shotguns to devastating rocket launchers, the weapons may not be particularly unique but serve their purpose. There is an issue with using your best guns, however, as their pure power will often ensure nothing remains for you to eat when the smoke clears.

As long as you’ve been keeping your belly full, you’ll have plenty of DNA points to spend at the end of each level. The branching nodes of the skill tree leads you to abilities, upgrades, and even unique classes to play as. If you’re willing to avoid meat you can be a powerful vegetarian, or conversely maybe you’d prefer the life of a full-blown carnivore. I really enjoyed customising my Chewella into the consuming machine that suited my play style.

Your character won’t just play differently based on the food you eat. If you journey from fitness to fatness after eating a few buckets of mayo, Chewie and Chewella will visibly pile on the pounds. There’s no shame in being overweight though, and heftier characters are just as capable of reaching the goal as their chiselled counterparts. 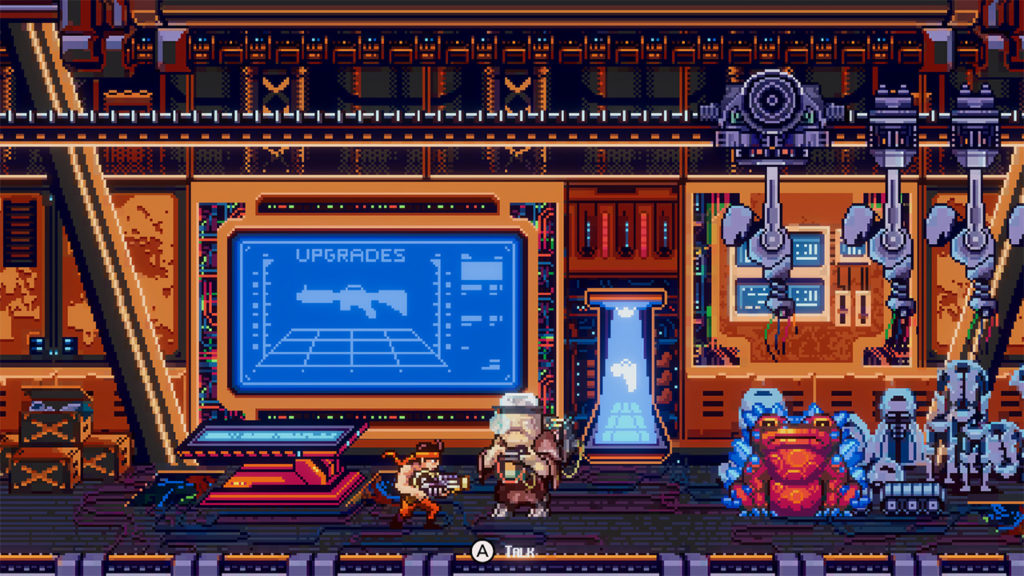 Each stage in Bite the Bullet has a list of optional objectives to aim for. It’s fairly easy to consume the target calories, but finishing levels quickly or gunning down enemies in quick succession isn’t so simple. I especially struggled with the time trial objectives, as I found myself getting lost in the huge monotonous levels fairly frequently, even with a map.

The main problem I had when playing Bite the Bullet was with controlling Chewella. Between framerate issues and loose controls, the game just isn’t satisfying to play. Everything from the jump trajectory to the air dash just feels off, and it really tainted my experience. Bite the Bullet is a great concept for a game, with mixed execution. I enjoyed upgrading Chewella and eating my foes, but between the framerate, loose controls, and oversized maps, it’s hard to recommend Bite the Bullet.

Bite the Bullet is a great game in theory, but framerate issues, loose controls, and oversized maps make it hard to recommend.

Mable and the Wood review