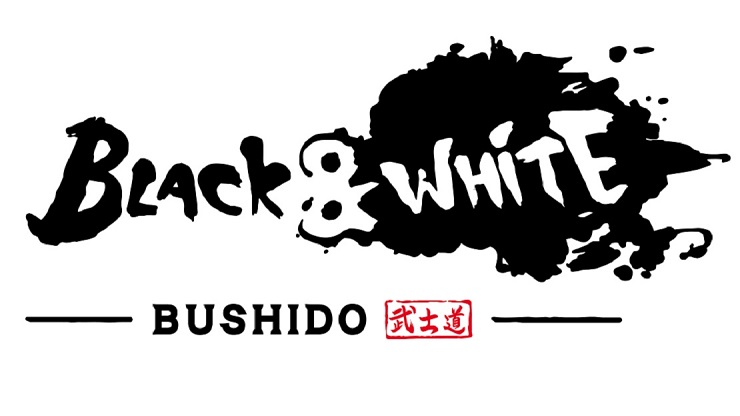 On the surface, Black and White Bushido seems rather bare. The menu allows you to play online or offline, with no explanation as to what you’re likely to find beyond the respective thresholds. But once you’ve made your decision, there is a hell of a lot to love. Yes, it is simple in premise, but there’s a wonderful mechanic that makes each match invigorating and tense, and it’s all in the title.

There are two main modes in Black and White Bushido: Deathmatch and Capture the Flag, which can be chosen once you’ve decided if you’re going online or not. The AI in offline is pretty weak, so there’s not a huge challenge, and there’s no upgrade system and weapon or item drops to make this worth your time. It is good, however, if you want to spend some time familiarising yourself with the maps and the controls. You can participate in a challenge mode offline, but the real fun is playing with friends. Before you start each match, you can change how many kills you reach before a winner is decided (up to forty) and what location you want to fight in, such as Shipyard, Field, and Waterfall. You can also choose whether you want to fight as Shadow or Light (fundamentally black and white warriors), and which kind of fighter you are. There are four to choose from, but the only thing that distinguishes each fighter is the type of weapon they use. The samurai’s sword does feel different to say, the Geisha’s umbrella, but movement is fairly balanced.

Each location has a selection of walls you can jump up, crevices to jump down into, and platforms at different height levels. Everything is black and white (apart from the blood that gets spilt), and the backgrounds have different sections that are black or white too. This is intentional because depending on whether you’re Shadow or Light, you can become masked by the backgrounds, and your enemy doesn’t have a clue where you are (unless you taunt them or run across the opposite colour background). When you capture a flag in, err, Capture the Flag, the backgrounds become whiter or blacker depending on who you went with on the selection screen.

This allows you to mix up your approach, and Deathmatch matches are heaps more fun because you can attack from any angle. When you strike, you dash as well, so when your opponent has no idea you’re only a few feet away, a dash and slash with your weapon will leave them in a bloody pile on the ground. There are also power-ups you can use to hurt your opponent, such as smoke bombs and shurikens, but I rarely felt the need to use them as I was having too much fun with my primary melee weapon. You can play with up to four players at any one time, providing different levels of intensity, but no matter how many players enter the fray, each fight is so much fun. Offline you can do the same, altering the amount of bots to fight as well. It may be a simple game with few modes or variables, but Black and White Bushido has lots of replayability.

I’d highly recommend getting Black and White Bushido if you and your buddies are looking for something quick and easy to play without dedicating a whole day or evening on something. It won’t keep you playing for days, I wouldn’t have thought, but it’s addictive, and any of you that have a soft spot for Nidhogg should most certainly give this game a go.

Not much beyond the two modes

If you're looking for a quick fix of addictive gameplay within a multiplayer environment, you can't go wrong with this.