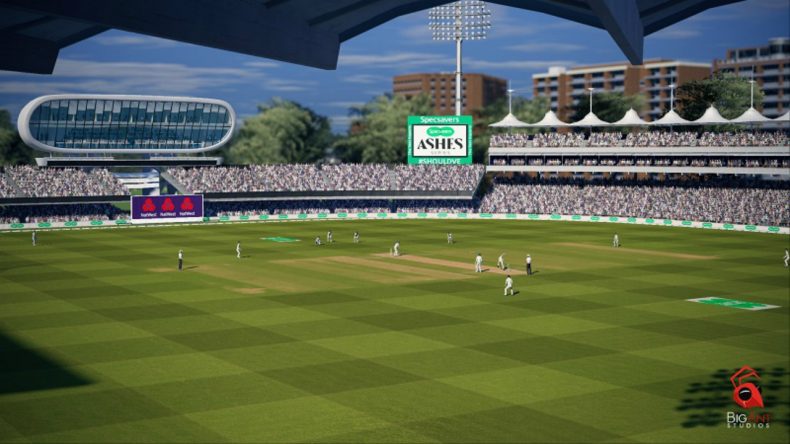 Considering its popularity, the game of cricket hasn’t had the success of many of its sporting contemporaries in the video game arena. I guess in a way you could liken it to Snooker, a game that has immense worldwide popularity, but completely disappeared from our consoles after the Wii and only just resurfaced. Well, now Big Ant Studios are back with their follow up to Cricket 18: The Official Game of the Ashes with the cunningly titled Cricket 19: The Official Game of the Ashes.

Not much appears to have changed from the previous instalment in terms of gameplay. When batting you’ll need to position your batter at the crease and time your shots dependant on their speed and the bowler’s throw distance; while bowling you will have to choose your distance, spins and speeds. If it wasn’t broken in the first place… the thing is, bowling is where this is instantly let down. I’m not sure why it is, but the game regularly reads a single button press as a double, so, your bowler runs up and you need to aim for the light green area to set the jump, and then do it again for the aim/speed. The issue is I frequently had the second press happen instantly after the first and as a result I constantly hit the red area and gave the batter an easy hit. Sorry, but if I did it once or twice then that’s on me, but this was at least 90% of the time and it was never not frustrating. Batting is at least satisfying, as you need to scope out the fielders’ positions and then, using the visual data you see from the bowler, pick a spot and play your shot through or over the fielders. The AI is much better than the previous game in this regard by picking up on what you do and adjusting their fielding positions accordingly to try to either prevent your strengths or prey on your weaknesses. It took me a while to realise it was even happening, but seeing the fielders adjust their positions when I took advantage of an opening was impressive. In a similar way, I quite like the attention to detail when batters run around the bowler if he gets in their way during their runs between the wickets.

There’s an impressive line-up of officially licensed players including the men’s and women’s teams plus all the host venues of the Ashes series across both countries. Player likenesses are considerably better too, and look much less wax-worky than they did in Cricket 18; granted without the names on screen you’d probably find it hard to place who’s who, but they do look more human now. There’s a lot of teams as well: you’ve got all the international teams, but here we’re also covering the obvious England and Australian domestic scenes as well as places like Scotland, Pakistan and Bangladesh. You can make your own player once again and take them to the dizzying heights of international cricket in the game’s career mode.

You can also choose from a variety of match types including One Day Internationals, T20 and a full test match. There’s also a scenario mode giving you the opportunity to bring a team back from the brink of defeat to absolute glory, just in case you’re one of those armchair fans who could have done things so much better had you been there. Regardless of mode, a match can take a while so thankfully you can save a match in progress and come back to it at a later point. More sports games could learn from this and allow you to come back to a game in progress at a later point, as something important could come up during a game of FIFA, for example. Typical of cricket, it isn’t all sunshine and rainbows. I played through the entire tutorial and it falls down in a couple of areas. A bowling tutorial, for instance, will teach you the basics and what the additional buttons do, but it never teaches you how to fine tune your bowling and make use of the facilities at your disposal to make an out more likely. Also, there’s a reactive catch mechanic during which time slows down and you need to move an icon into a ring before time runs out to succeed in the catch. This constantly rendered off of the screen, making it impossible to ever do even in the tutorial, and two patches later it still hasn’t been fixed. I really don’t know how something like that makes it past QA for release, let alone two patches after launch.

Cricket 19 is still good regardless of its faults, which is lucky as this series is really the only cricket game around at the moment, and that most likely won’t change any time soon. It does seem like Big Ant have spent more time improving elements that didn’t really matter and ignoring those that needed a little bit of work, so what we’re left with is the only Cricket game on the market that still isn’t as good as it could be. For now, this is good for fans, less so for everyone else, but still frustratingly comes up short.

Cricket fans would be batty to miss out on this, but they should go in aware that things could still be better.