previous
We Were Here Forever review
random
next
The Centennial Case: A Shijima Story review
0 likes 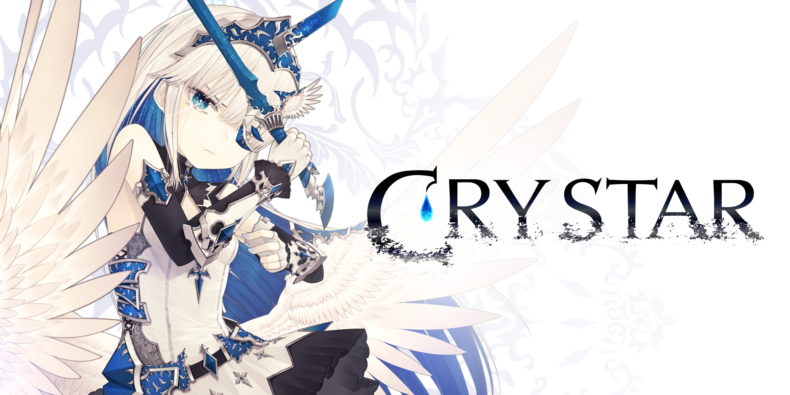 Most of the time when a new review game drops into my inbox, I have a decent understanding of what it is. Some titles I’ll have heard of or maybe even previewed already, but occasionally something slips through the cracks. I’m not sure why I had no real knowledge of Crystar before reviewing it though. It’s published by NIS America (who I follow pretty extensively) and seems like something I’d enjoy, but it somehow flew under the radar. Because of this I was more than a little surprised that this dark RPG has hack and slash combat, which certainly grabbed my attention from the drop.

You begin Crystar in purgatory, unaware of your fate and flying around as a beautiful blue butterfly. It doesn’t take long to remember a little from your days on earth though, and realise that you are high schooler Rei Hatada. You soon find out that your sister is in purgatory too, and after being attacked by a Revenant (demons that seem to be chock-a-block in the afterlife) also discover you have powers. Thus begins a quest to save your sister and escape purgatory together, which is easier said than done.

There are plenty of characters (all with great VA) you’ll meet on your adventures through the afterlife, and the common theme here is very much tragedy. Most people who end up dead have an incredibly sad reason for their current situation, and Crystar isn’t afraid to tackle these morbid topics. There are plenty of dark RPGs out there, but Crystar handles these more adult themes with the respect they deserve. 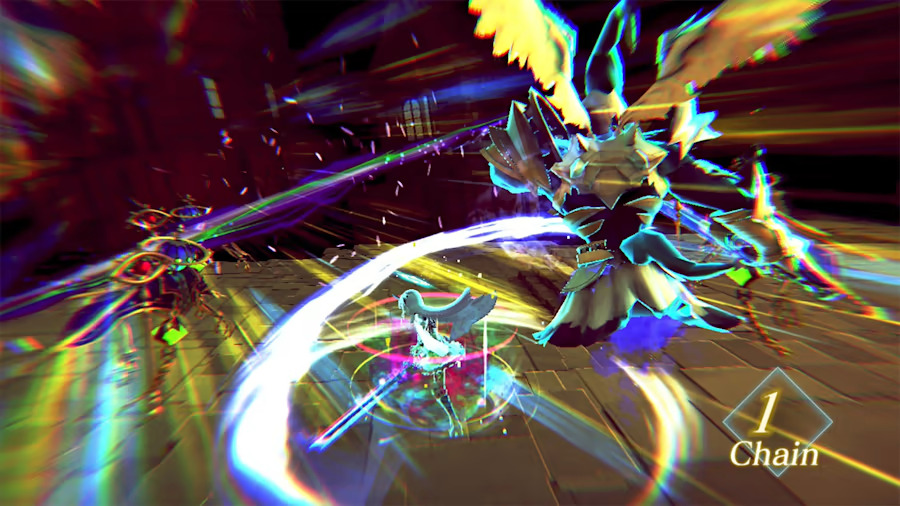 It’s a shame that outside of the narrative, the combat is less than stellar. The gameplay is similar to that of a character action game, albeit with less options and combos. Rei (and other characters you meet and recruit) have standard attacks and heavy attacks, as well as a few different special abilities that use your SP to unleash. Beating down baddies is all very functional, but the slow pace and lack of options drag it down.

Despite having more action heavy combat, Crystar is still a JRPG at heart. Characters level up as you use them and unlock new skills, and getting new abilities definitely improves the combat. You’ll start with a whirlwind attack that hits all surrounding enemies, but before you know it you’ll be hitting massive charged punches and shooting out projectiles at unsuspecting Revenants. 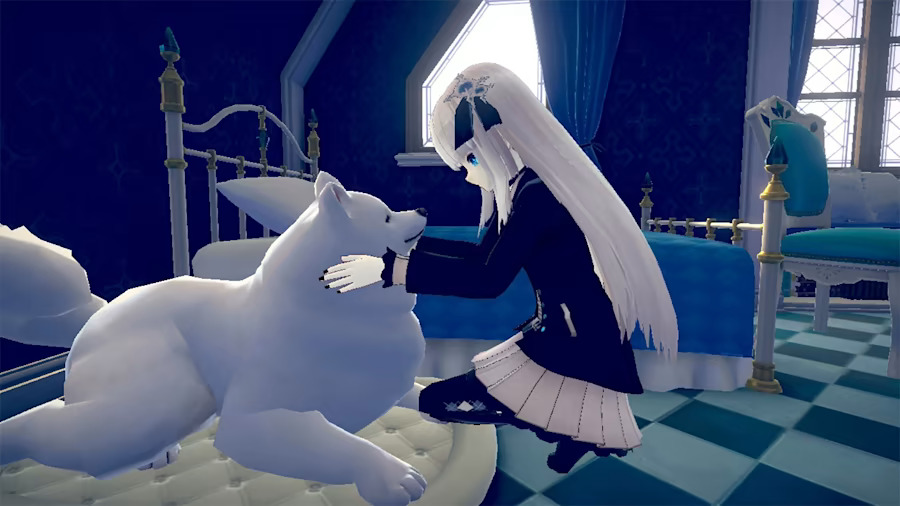 Each of your characters in Crystar has a Guardian, which is a huge spectral warrior that gives them their powers. Every so often they’ll pop up and whack an enemy to assist you, and if you fill your big tear gauge you can summon them to help you out for a while and unleash a massive attack before they leave. If you want to fill this meter faster so you can take down a tough opponent, you can take a moment to cry. That’s right, by standing still and thinking sad thoughts you can weep to get stronger. Crying is definitely not a sign of weakness here.

Unfortunately alongside the combat’s shortcomings, the stages are also pretty disappointing. Each level is essentially a floating maze full of monsters to kill. A lot of them look very similar to one another, and it never feels like you’re really rewarded for exploring.

Between stages (which are called Ordeals in purgatory I guess) you’ll go back to your room to equip yourself. The main way you can do this is by equipping Sentiments. These have weird names like Regret Drop and Pride of Sorrow, but they essentially just give you stat boosts. 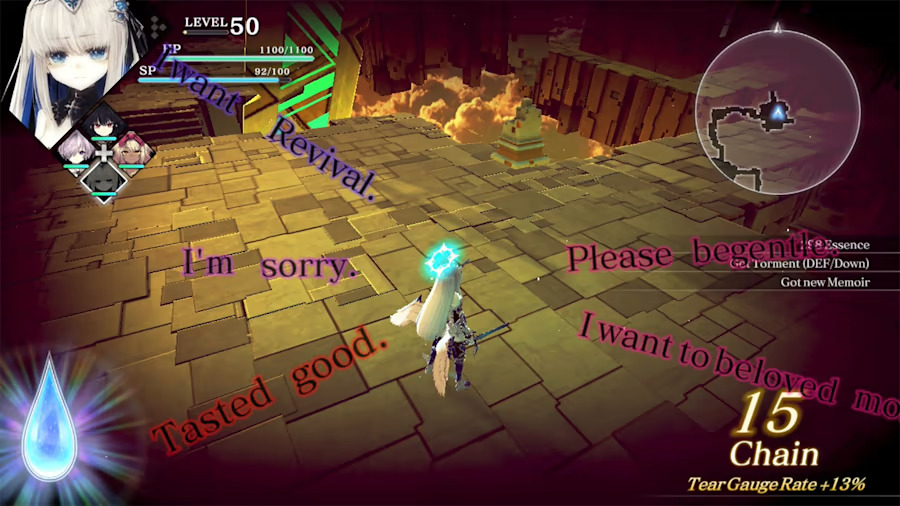 As well as equipping Sentiments, you can also fuse them together to make them more powerful. This is pretty straightforward, and just involves combining two rank 1 items to make them a rank 2. You can also add extra buffs to Sentiments if they have slots to add “Thoughts” to. When you get used to all the weird names, it’s just about powering up your characters though.

If you played Crystar in 2018, you’re probably most interested in how it runs on Switch, and I have good news for you. It’s a really good port. The game runs at a consistent framerate, and didn’t have to ruin the resolution to do so. There’s a pretty significant amount of pop in but that’s really the only technical issue, and it never bothered me while playing.

Crystar has transitioned onto the Switch very well, but ultimately the combat isn’t exciting enough to recommend it over other action RPGs available on the console. The darker narrative and focus on death is interesting and handled with care, but the gameplay simply holds it back from being an essential purchase.

Crystar runs really well on the Switch, but is held back by poor combat and level design.