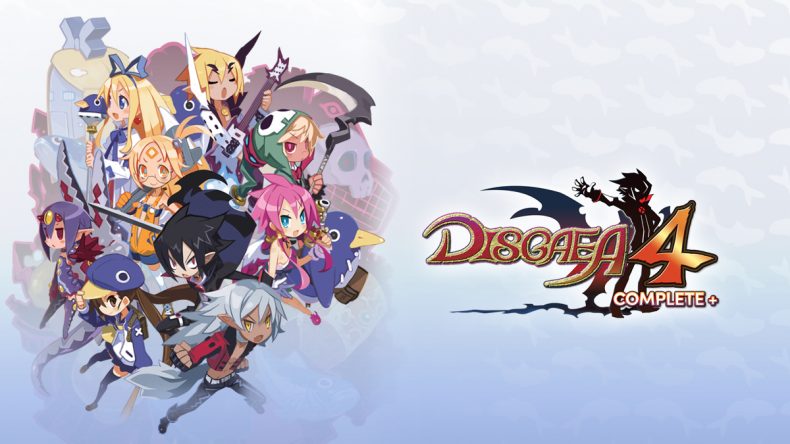 Switch Re:port covers the Nintendo Switch port/version of a game newly released on the platform. Originally released on PS3 and PS Vita and scored 8/10 on PS Vita.

Ever since Disgaea 5 Complete debuted on Switch during the launch window of Nintendo’s hybrid system, I’ve almost stopped caring about PS4 releases because NIS in Japan had finally found a portable system to start bringing one of the better strategy franchises in gaming to after PS Vita. Since that release, Disgaea 1 Complete has seen them bring the PC conversion with extras to Nintendo Switch and PS4 in the form of Disgaea 1 Complete. After that release, I expected Disgaea 2 to be released on both platforms but NIS America announced Disgaea 4 Complete+ to PS4 and Nintendo Switch. Disgaea 4 Complete+ is the third release of this game after it debuted on PS3 and then was released on PS Vita with a ton of extras and enhancements. This Nintendo Switch (and PS4) version is based on the PS Vita version with a few extras over that that have been brought to Disgaea 4 Complete+ from Disgaea 5. The most noticeable and welcome improvements for older players on PS3 are things like auto-save, faster battle options, and the higher resolution visuals. Things like the Cheat Shop from Disgaea 5 are welcome additions.

Granted that this is very much going to be a new experience for many since the PS Vita version that had a majority of features wasn’t really on a platform with a big install base in North America and Europe, Disgaea 4 Complete+ on its own is a fantastic re-release of one of the better tactical RPGs in the last decade. When people say things like “100s of hours of content”, it is usually an exaggeration. Disgaea 4 Complete+ can actually offer that much with just how much is available to players right from the get go. I still consider Disgaea 5 Complete the best overall Disgaea game but with this re-release, Disgaea 4 is finally in the running for something I can recommend to anyone looking for a great experience. Visually, Disgaea 4 Complete+ has no real issues. It uses newer sprites compared to the PS3 original and runs without trouble docked and handheld. In terms of Switch features, barring a nice icon, there is sadly no touchscreen functionality again. This is now the third Disgaea game on Switch and none of them have touch features. Grid based games would really benefit from being able to quickly assign and move units. Final Fantasy Tactics: War of the Lions on iOS has really spoiled me for portable grid based RPGs.

If you’ve already played Disgaea 4 on PS Vita, there isn’t much here worth a full priced purchase. If you played it on PS3 or haven’t played it at all, the Nintendo Switch version is definitely worth getting. It looks and runs great and has everything I wanted from a Disgaea 4 re-release. The concern here just like Disgaea 1 Complete is the asking price.

No touchscreen support
Not worth it for Vita players

If you played Disgaea 4 on PS3 or haven’t played it at all, the Nintendo Switch version is definitely worth getting.

You may also like
Disgaea 4Disgaea 4: A Promise revisitedReviews