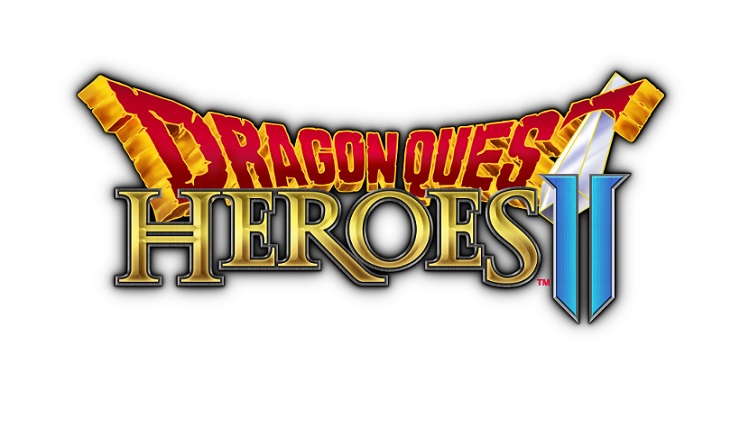 Released at the start of 2015, Dragon Quest Heroes was a colourful, charming musou title that was let down by its repetitive mission structure. Skip forward two years and the inevitable sequel is upon us, boasting a much more RPG oriented take on a musou style game, but is this to the game’s benefit or detriment?

Let’s get the basics out of the way, the game looks great. Yes there’s a disconnect between the game’s pre-rendered cut-scenes and the in-game graphics, but the locations look sublime, and there’s an impressive scale to the draw distance with detail visible on distant environmental structures and monster patrols. Music consists of all the same tracks we’ve heard before over the course of the mainline games; frankly, the way this is put together it’s much more faithful to the Dragon Quest series than the original game was, although I do miss the rather silly, over-long title. DQH2 sticks with the original’s formula of a four-person party where the party members gang up on whoever the player is currently attacking and you’re able to switch control using the Left trigger. you’ll bolster your ranks with fan favourite characters from other DQ games who just so happen to have wandered into the world for a merry scrap, but you’ll only have four on the go at any time. Due to this, you will find yourself outnumbered when the bigger enemies (indicated by an exclamation mark) come barrelling in, thankfully you have another trick up your sleeve.

Fallen enemies drop Monster Medals which come in three types; there’s Saviour; which bestows a buff on your party, Substitute; which replaces the character with the monster allowing you to take on their abilities temporarily and finally the Sentry; which acts as a tank, drawing monsters to them so you can attack without worry. Clever use of these can turn the tide of battle in your favour, but  doesn’t feel quite right. In Hyrule Warriors on the 3DS you could switch to other party members and then place them strategically throughout the map to defend points you didn’t want to lose. Here because your party constantly follows you you’re reliant on the monsters you drop down, and considering you can’t assume direct control of them, having to rush to place one to defend then rush back at the plodding pace the game forces on you is frustrating.

This at least isn’t as big a deal as it was in the first game, as the emphasis on quests where you have to defend a particular person or spot is lower than the previous title, meaning that more often you’re taking on a more traditional marauding musou style map run taking out enemies as you go. There’s no menu system holding this all together either, the battle events are actually travelled between via a large over-world with interconnecting points, which gives the game a much more JRPG feel. If you’re worried about this turning the game into a tedious plod you’d be wrong as these ‘Wild’ areas contain many nooks and crannies for treasures to find and roaming beasts to best, and if that doesn’t float your boat then you can attune to ‘Zoom-stones’ to fast travel between specified locations throughout the world. For the most part this over-world roaming works in the game’s favour, giving a nice distraction from the story-battles – should they be starting to wear out their welcome – and are the locations where most of the game’s side-quests will take place; going to a location and killing or collecting ‘x’ amount of something will open up new items in the shop or give items like your healstones much more potency. In a further nod to DQH2’s older siblings you can even change the vocation (job) of the two main characters, couple that with them not being limited solely to the weapons they start with means that you can practically tailor the experience to how you want to play it. Constantly using a certain weapon raises your proficiency with it and in turn unlocking new abilities, making you much deadlier in battle; the game is bursting at the seams with little things for number buffs to tinker with.

Another nice touch is that you can enlist the help of friends during the story battles and in special puzzle mazes that open up as you progress. The AI is competent when it comes to making sure they don’t die, and for regular healing, but nothing quite beats that feeling of whacking monsters alongside a friend. It is unfortunate though that you cannot roam the wild areas with a friend, it is limited to those segments where the developers feel you’ll need the most help. Hopefully this is something that’ll be expanded on in DQH3. All the good stuff the game does makes its biggest frustration that much harder to stomach. It constantly wants you to go the long way around. At first it starts with a gate where you have to journey back to get a pass off of a travelling merchant, then there’s a gate you’re not allowed through so you need to go in the back way, and, it just goes on and on. Not only that, but the regularity with which they crop up and the lengths you need to go to fulfil them gets greater the further you get into the story, and they never stop feeling like filler and not very interesting filler for that matter. There’s nothing wrong with padding a game out as long as you make the content feel worthwhile, but turning you into a gofer isn’t fun, it’s downright annoying when it happens so much.

These complaints may seem minor, and yes, at the start of the game they definitely feel minor. At the beginning, it’s easy to see just what has been improved from the first title and that really does a good job of drawing you in, but the further you go the flaws become bigger and more annoying to the point where the goodwill of the positive changes just evaporates. At the start I was loving it, but by the end of it I was screaming ‘FUCK YOU!’ at my TV with alarming regularity after being asked to take yet another diversion. Does this make it worse than the first game? No, not really, but it certainly doesn’t make it any better.

An improvement on the original, but it throws in a few flaws of its own.