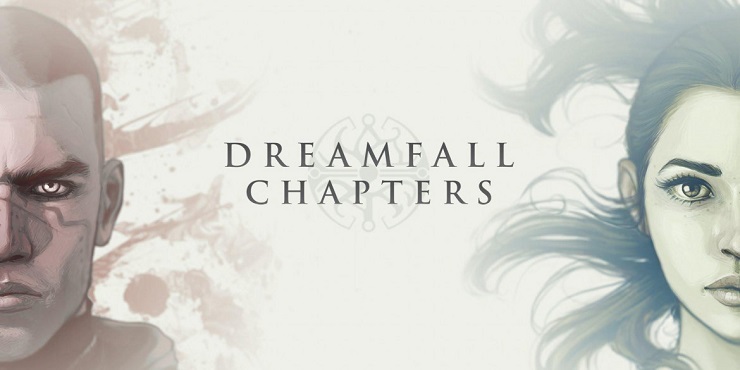 There is something enchanting about Dreamfall Chapters. It amalgamates fantasy and science fiction in a way I’ve never seen before, using unique environments and ideas from both genres to create a surprisingly gripping story. Like with many episodic tales, choice plays a massive factor, and if you think you’ve seen this done well before, Red Thread Games has done a fine job giving you conundrum after conundrum, making you realise choice is both a fragile and powerful weapon.

It may be a slow burner, but once you get past the befuddling references to the previous games and the absence of any real introduction into how the mechanics actually work, Dreamfall Chapters becomes an intellectual adventure full of magic, love, politics, and more. Taking place over two well-realised worlds (Stark and Arcadia), you play through the stories of three characters each with huge meaning and purpose to how the story plays out and concludes, intertwining and impacting every move you make. You mainly play as Zoë Castillo and Kian Alvane over two unique settings (along with Saga, who doesn’t become as prominent until later on). In Europolis, a cyberpunk, neo-futuristic vision of Europe, Zoë is trying to remember what has happened to her since the events of previous games, all the while trying to maintain a normal life with her on-off boyfriend Reza. Elsewhere, Kian has just escaped execution in the magical world of Arcadia, thanks to the help of anti-Azadi rebels, and upon his rescue begins to help them in return.

Europolis is a gorgeous city, full of neon lights, electronic advertisements, floating robots, and busy streets. Of course, Blade Runner springs to mind upon exploration of the city, but there’s a vibrant eeriness to it that gives it many different layers. Amongst the grand architecture and flashing lights, there’re citizens on the floor, hooked up to Dreammachines: an invention used to send people into lucid dreams (next-gen VR, maybe?), and they look like something straight out of one of those freaky Doctor Who episodes.

Arcadia is a medieval fantasy world, and the city of Marcuria is as dank and gross as you’d imagine. Rats roam the streets, walls and floors are filthy, with poverty governing most of the people there. You’ll also see some of the game’s humour shine through in Marcuria, namely the names of two of the city’s pubs, The Rooster and the Kitten (think about it), and The Salty Seaman. The writing in Dreamfall Chapters is a treat, incorporating wry humour, emotional wallop, and excitement. Character interactions feel genuine, and many of the supporting cast feels just as important as Zoë, Kian, and Saga. Enu has to be my favourite – a sassy, clumsy, and thinking-out-loud kind of girl. You warm to them, even if it takes a while for some (namely the sullen, straight-faced Kian), but you’ll get there.

Choice is a massive part of what makes it great, with even the smallest of decisions is important, and after each of the five books, a recap of that episode reveals what could possibly be the outcome, and when you’re likely to feel the repercussions. It causes you to be cautious, and even though you’re not rushed to make a choice, you may still feel the pressure of which way you’re swayed. There’re quite a few problems that somewhat harm your enjoyment, namely the load times, bugs, and facial animations. If you enter a building or new location, move between scenes, and sometimes complete a quest, the load screen kicks in and can take some time to hurry along. There’ve been much worse load times in other games, but they feel rather frequent in Dreamfall Chapters. It’s a shame I encountered some rather irritating bugs at times, like when character’s heads would spin like owls, or three NPCs turned into a weird, three-headed abomination. Some of the facial animations are off-putting too, giving Telltale a run for their money. Each character looks like a really bad ventriloquist act, with mouths moving sporadically and unorthodox, and every pair of eyes looking dead and vacant.

Issues aside, Dreamfall Chapters is an adventure game worthy of your time. The story is powerful and engaging, with characters you’ll fall in love with. Get past the annoying robot and characters that swear far too much (and seemingly for the shock factor) near the start, and you’ll begin to appreciate all the hard work Red Thread Games has put into each and every book.

If you're looking for a great story set in two beautifully designed worlds, I think this'll be right up your street. It's a shame there a quite a few problems holding it back.