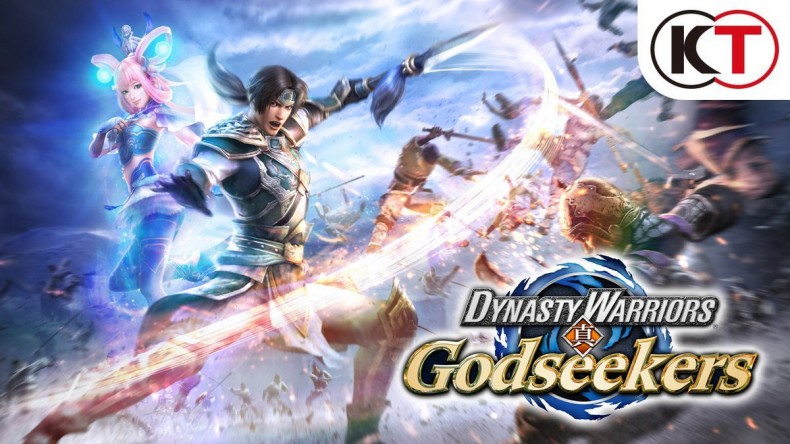 Sometimes, life can get a little stale. Your daily routine just feels tedious and repetitive. You need to change things up–break the mould, so to speak. For many years, the Dynasty Warriors franchise has been on the verge of stagnation and as every iteration draws nearer to perfection, a struggle against monotony pushes back. So, just like your partner, Koei Tecmo has tried to mix things up with Dynasty Warriors: Godseekers, except they’ve opted to change a whole genre as opposed to just a promiscuous pinky.

Casting aside the bindings of the hack ‘n’ slash genre, Dynasty Warriors: Godseekers draws inspiration from tactical RPGs. This new formula replaces the high octane battles and sprawling landscapes with slightly more concise maps and strategically placed units, all while maintaining the identity we have all grown to love. Of course, with these new systems comes a whole load of new features to master. As you are no longer able to run around the battleground in the same freeform fashion of previous games, every step and move in Dynasty Warriors: Godseekers holds a weight that we have never seen in the series until now. Players will need to find the right move for their attacks and measure the amount of damage each attack deals. Effectively managing your turn will build up Musou gauge, just like core titles, but successfully eliminating enemies gives a significant boost to the Synchronicity gauge. Once this gauge is full, players gain access to a highly effectively combination move that is based on character positions in relation to the warrior activating the Sync attack. These attacks add another level of depth that becomes not only crucial to success, but arguably are the most satisfying actions in Dynasty Warriors: Godseekers–especially since every Sync attack ends with a flurry of button mashing and a chunk of damage dealt to the enemies caught in its blast.

To accompany Godseekers’ new mechanics, there is a new story… kind of. It opens with Zhao Yun, a series staple, and Lei Bin, DW:GS’ new addition, discovering a buried demi-god, Li Xia, after a battle. From there onwards, it’s essentially the story of Shu leading up to the battle of Chi Bi, with the adage of Li Xia trying to rekindle her magic powers in the form of orbs that have found their way into the hands of the kingdom’s most prolific fighters. It’s essentially a McGuffin throughout the series that sees Zhao Yun and Lei Bin show face in every prominent battle, ever. Any self-respecting Dynasty Warriors fan will be able to predict every beat of this story, but this knowledge ultimately works against the narrative as whole–we know exactly what’s coming and the outcome. Also, it doesn’t help that our two Shu protagonists never quite react appropriately to Li Xia, and it seems to take more time than expected for the penny to drop. Working alongside the story is the Path of Destiny. Oaths build up over time upon completion of certain criteria, like having Zhao Yun reach a certain level or finishing a specific mission. Unlike the partially cinematic story of the campaign, these sections play out as dialogue between characters on the Paths themselves. For players unfamiliar with relationships or looking for more interesting interaction between characters, this is the place to be. If you manage to complete specific entries, you will be rewarded with new missions, skill points used to upgrade characters or new warriors to play as.

Like any Dynasty Warriors game, Godseekers has a massive cast, albeit slightly smaller than Dynasty Warriors 8. Every character has their own unique moves that can be used on the battlefield, and will need you to grind out a few weapons to make them effective. As mentioned above, these characters can either be unlocked through the campaign, by completing missions, or through the Path of Destiny. It’s a daunting task to take each character and kit them out, but for a fan of the series, it’s a must to make sure you get to play as your favourite. It’s just a shame that the levelling system, one which almost mirrors Final Fantasy X’s sphere grid, is such a slog. The grid will have you meticulously searching through an amazing amount of nodes before every battle to make sure they are correctly levelled–a feature made ever more infuriating when you pick up a new character and have roughly 2,000 skill points to spend. Although that’s just Dynasty Warriors as a series at this point: a fun game that boils down to how much grinding you can stomach past the point of completion. Ultimately, Dynasty Warriors: Godseekers feels like it wants to have its cake and eat it, but inadvertently chokes itself a little in doing so. These issues are not enough to warrant a Heimlich, but just enough for everyone to remember and laugh about that embarrassing colour you turned scoffing down Jeanette’s Cherry Bakewell. It’s a console game with the pacing and bitesize composition of a Vita title, while still requiring the grind of a PlayStation 4 to get the most out of it. It does, however, succeed in its goal of introducing players to the tactical RPG genre with its easy pick-up-and-play design, and gives DW players something to fawn over between instalments. Even without any English voice audio or substantial cinematic flare as seen in previous titles, I did enjoy my time with Godseekers. I was never required to put too much thought into my approach, but was challenged to the point that I felt engaged and wanted to grind that little bit more, play that one extra mission, and toy about with the fairly satisfying weapon forging system for hours on end. It’s exactly what you expect from a DW title.

Dynasty Warriors: Godseekers manages to break its mould slightly with the introduction of a tactical RPG combat system and is ultimately strong enough to tide fans over until the next inevitable instalment.