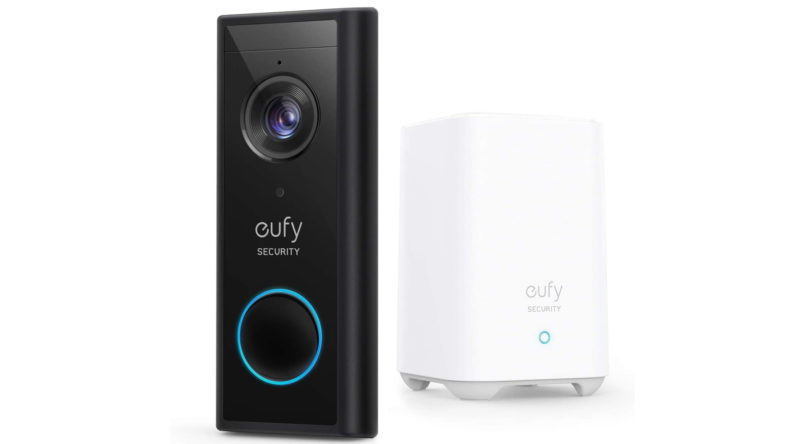 Let’s mention the elephant in the room right away: you’ve probably all heard of the Ring Doorbell, as it’s become hugely popular across the UK, and probably other countries as well. It has a signature doorbell sound that causes reactions similar to how that original Vodafone ringtone could, but the secret you’re not being told is that there are far better doorbells in the range that do more, offer better value for money, and don’t require a subscription for the privilege.

Enter stage left, Eufy with the Video Doorbell 2K, costing £179 and is a one and done deal. Once you own it and install it, that’s your commitment to the company over with. Remarkably, I’m here to also tell you that you probably own a product that’s a relative of Eufy, too, since the brand behind Eufy is Anker. Yes, those people who make the chargers or headphones you almost certainly own one of or have heard of. There’s pedigree here, and it shows.

First up it’s worth noting that the Eufy Video Doorbell 2K is more than just a doorbell. It may seem obvious but it’s also a security camera which offers peace of mind should you desire it. It’s only dependent on your house and your internet connection, but captures crystal clear video quality with highly legible audio, as well. It has motion capture that can be adjusted automatically for night-vision, though everything is manually configurable should you desire to play around, and the motion camera is more adjustable than I’ve seen in even remote camera setups, which is impressive.

Back to brass tacks, though, this is a mountable doorbell that requires a drill to stick it onto your front door or an outside wall. It includes a mount to get it angled away from the door if you need it, all the fittings required, and it even includes a small piece of paper that helps you mark your raw plug positions out. Simple things, I guess, but this template is a nice touch that makes it even easier to set up. The Eufy comes with a small “key” of sorts, that is required to remove the doorbell for charging purposes, which also doubles up as a way of making the doorbell itself harder to steal from its mount.

The key to the Eufy setup, is the small white box that’s included with the package. This device requires a wired connection to your router initially, but after the first setup you can reconnect it wirelessly. But what does this box do? Well, this is your hub, basically, but it also has 16GB of storage which you can delete as simply as using the app and swiping to remove. In over a month I haven’t gotten even close to a quarter of my storage used, and that month is December, meaning we’ve had a lot of packages delivered here for work, and for Christmas.

The homebase box itself is also a doorbell ringer, which sounds obvious, but you’d be surprised how few of these types of doorbells actually come with a ringer. The aforementioned competition, for example, requires you to buy a separate ringer if you want that functionality. Yes, these devices are designed primarily for the fact you can answer the door when not at home, but you still want to be able to actually hear a door ringing, and I truly appreciate not having yet another thing bother me on my phone while I’m sitting at home. You can also integrate the Eufy with smart home tech like Amazon’s Alexa, which will announce “somebody is ringing your doorbell”, which is nice. 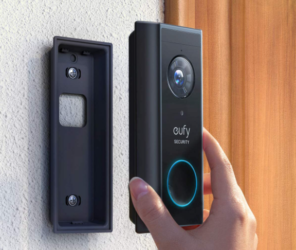 Within this app as well, you can set preset responses, so if you aren’t in a position to reply or “answer” the doorbell ringing on your phone, you can hit that auto-response telling a delivery guy where to leave your package safe. Also in the app you can set up your motion detection which allows you to see what your doorbell camera is seeing, and draw a grid of where you want motion detected. This is a neat feature that means you aren’t getting notifications whenever a person walks past your house, or a dog trips the motion detection, etc. It works incredibly well. You can set up how long you want the videos to be recorded for, and a plethora of other fairly standard features: there’s really not much to fault here. Unlike some security apps, as well, the Eufy one is responsive and works well, which is a nice change, quite frankly.

Recording at above 1080p (hence the 2K name), the video quality is excellent, though it records in a 4:3 aspect ratio. This is a choice not a limitation, as you are able to see more detail on people approaching your doorbell in this aspect ratio. Having had more doorbell notifications when home than out lately (due to the nature of the state of the world when testing took place) there’s definitely a small delay between the doorbell being pressed and the notification coming through, but genuinely, it’s far shorter than I had imagined it would be. It’s difficult to test this sort of tech in the current state of the world as most delivery companies are instructing staff to not hand items over, so the transaction at the door of old, so to speak, isn’t happening right now, but there is a delay between the bell press, the notification, and the feed being live on your phone. This isn’t a problem specifically for the Eufy Doorbell, mind you, it’s a seemingly unsolvable issue of you literally required a connection to happen over multiple networks when you’re not at home.

With better quality for both audio and video than the competition, the price comes in somewhere between the lower end models and the highest Ring setup, though again, you are one and done with Eufy, and not beholden to a subscription for cloud records. You can, should you wish to, get cloud storage for cameras, but it doesn’t seem necessary at all to me. I can’t see a world in which this isn’t the highest possible recommendation within its category. It’s not perfect and the connection between you and your house could be quicker (this is a problem for all remote security devices), but really, for the money this is all the doorbell you’ll ever need, with no add-ons, no extra subscriptions, and a battery life that’s going to need a charge maybe twice a year. The Eufy Video Doorbell 2K is a luxury, of course, all of these products are, but it’s also a breath of fresh air in a market that wants your money and then some on top. Eufy is a brand going places, and I’m now finding myself looking at their other smart home tech, such is the quality of this Doorbell.

The Eufy Video Doorbell 2K is a luxury, of course, all of these products are, but it’s also a breath of fresh air in a market that wants your money and then some on top.

Anker releases new PowerPort+ Atom III Charger in the US