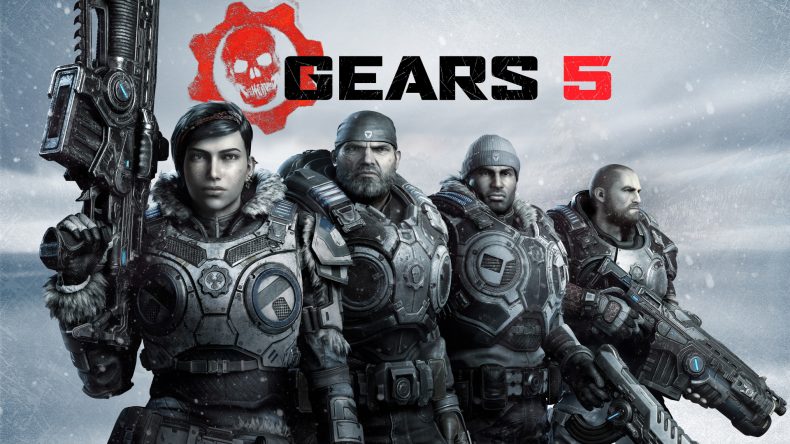 They say that War never changes, but removing it from the titular Gears of War series has done wonders for The Coalition. Confident and assured, full of smart decisions and modernisation, Gears 5 is a sublime package, whether it’s the story, the myriad multiplayer options, or even how accessible it is for new and returning fans.

You think you know what to expect from Gears 5 because of the team’s work on Gears of War 4, and I wouldn’t blame you for feeling that. You’re expecting lots of guns, chatter, locust, explosions, and some story that you either appreciate or don’t. You’re not wrong to think that, in fairness, but what you won’t be expecting is The Coalition’s second crack at a Gears title to be the most surprising game of 2019.

The combat remains tight, heavy, and satisfying. New guns run the gamut from the “use once and done” types, to weapons that will become new favourites, and it’s a testament to the quality of some of them that I won’t spoil what you find, because if you’re a fan, you too will make excited noises when you discover certain things for yourself. Keeping with expectations of the past, visually Gears 5 continues the trend of the series being one of the best looking on any console. The days of browns and greys are long gone, because this universe is one that’s been reborn with vibrancy and colour. You’ll visit iced over locales, spooky labs, red sand deserts, and more, but they burst from the screen. In fact, some of the darker moments make such good use of lighting via HDR that you’ll think you’re seeing things. Was that a collectible shining, or just your armour and trusty Jack-robot casting light upon a shadow?

Combining how good it looks with stellar audio and a good pair of headphones makes the whole experience hit another level. Ice storms will destroy the ground as you put your head down and try to make it through. The storms themselves aren’t new, Sera has long been tearing itself apart, but the ice storms are terrifying; huge pre-formed ice stalagmites push bombastic bass into your ears and it’s frightening. In fact the only issue with the audio is that very occasionally, the exploration music will randomly stop and re-trigger. It’s odd, but something that is likely fixable with a patch.

But what you aren’t expecting, I’d wager, is that there are more horror moments than usual. Dark labs that hide darker secrets, hosting grotesquely deformed Locust enemies, new for you to fight. The design of it all is astounding, from the graffiti on the walls to the chalked notice boards in a settlement giving you information about the freshest fish that day. Every moment is visually brilliant. This modernisation extends to the whole game, too. Instead of being a simple, almost relic-like shooter, here we have a confident experience that one would suspect has taken cues from other first party games on other consoles. An upgradable, new version of Jack that allow you to shock enemies from cover, stim yourself to avoid damage, or cloak yourself to sneak up and stealth kill foes: these are things Gears has never had, but the latest game feels so much more complete with these additions. The inclusion of stealth is light, but it means you have as many combat puzzles as you do out and out battlefields. You can always directly engage the enemy if you want to play old-style Gears, though.

Then there’re the semi-open sections. Enormous (for Gears) maps that you can explore that allow you to do side missions that feed your collectible impulses to upgrade Jack further. You don’t have to do any of them, but they will lead you to the ultimate abilities for your robot friend, which will make the combat deeper, and give you more options, too. The set pieces are phenomenal, of course, but it’s the fact you have more options than rolling to cover, roadie-running, and shotgunning, that are so impressive.

There are moments of quiet as you explore on the skiff, as you whip around the land searching for things to do. It’s easy to forget, sometimes, that a war is being waged as the wind grabs the sails and takes you off a jump. You can even stow two extra weapons on the skiff for later, which means you never have to be without the best weapon: the torque bow. Even old weapons have special relic versions that you can find, and these are well worth seeking out: the longshot relic gives you two shots per reload if you hit a perfect active reload, which is amazing. It all adds up to feeling so smart. The Coalition have taken a beloved series and stamped their mark on it in a way that feels like sublime evolution. It’s not about the Fenix boys any more, though they do feature heavily. It picks up where Gears of War 4 left off, but tells a more emotional story with some twists and turns that will keep you guessing. It’s far longer than any previous title in the series, and it’ll likely take you at least twelve hours to get through, and even then you’ll have optional quests which might push that number higher. The important thing is that it never drags.

Multiplayer feels fit to burst, too. Horde mode has been upgraded again with new hero-style characters. Kait can use a cloak to go invisible, British-lad Fahz can trigger his Ult to see through walls, and if you’re playing as Jack you can even take control of an enemy to help your team out – but everyone has something and it changes Horde for the better.

Versus is as tight as ever with plenty of well designed maps that are symmetrical but don’t always feel it. And while balance changes alter multiplayer games over time, right now the shotgun feels toned down. We all love to bounce around cover and blind fire the shotty, but lancers now feel like they have the stopping power they were always meant to have. Played out as it sounds, there’s something for everyone here. Want hardcore multiplayer? There’s plenty of that for you. Don’t want anything to do with competitive matches? No problem, hit up the new Escape mode or Horde. Even the campaign is replayable and will last you a while thanks to the plethora of collectibles on offer, and there are higher difficulties too.

While there’s a particular mission that feels ill advised, I’m left scratching my head for what more The Coalition could have done. There are tiny missteps such as a very “internetty” phrase that’s used in the campaign that makes no sense and feels daft, but it’s a one-liner and Gears 5 gives so much in every department it’s hard to stay mad.

This game is to Gears of War and Xbox what 2018’s God of War was for Sony. It’s a bombastic yet heartfelt entry into a beloved series; it’s gorgeous, sounds great, plays brilliantly – it’s at once a showcase for the high-end hardware available, and for where Xbox could be heading with its next console and the games we’ll see on it. One thing that’s for sure, though, is that it’s for the fans. If you didn’t think you needed another Gears of War, you were wrong. Gears 5 stands tall as one of the best games of the year. A barnstorming success, and the essential first-party title the Xbox One desperately needed. Well played, The Coalition.

Incredible visuals and attention to detail
Superb modernization of the series
So many modes, something for everyone
Campaign is brilliant

A few audio glitches
One mission is a bit rough

If you didn’t think you needed another Gears of War, you were wrong. Gears 5 is a barnstorming success, and a triumphant return for the series. This is the essential first party game the Xbox One desperately needed.