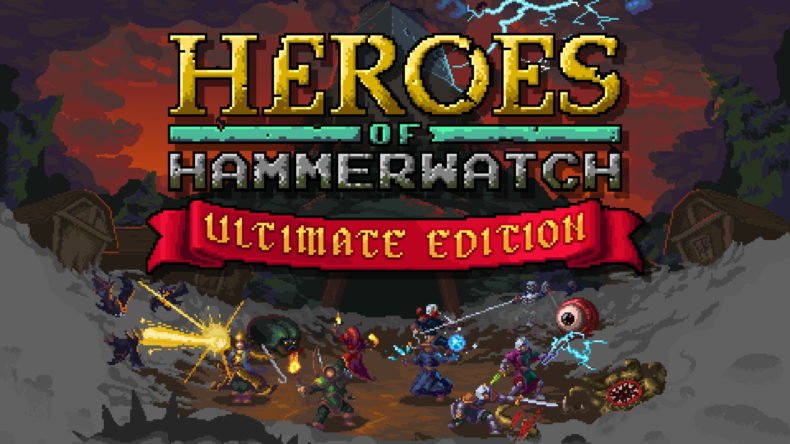 I love a good rogue-lite, which is lucky really, as you can’t swing a morningstar in 2020 without hitting one. It’s surely the most prevalent mechanic in video games today, and it’s easy to see why. People become swiftly hooked on the endless loop of procedural levels, the constant player improvements and unlocks to chase, the steep challenge that gets easier to manage even as it gets harder to actually overcome. It’s the obvious reason why Crackshell chose to make Heroes of Hammerwatch, the sequel to their top-down RPG, simply called Hammerwatch, into a rogue-lite. Now you’ve got the same simple but addictive gameplay of the previous game, only on a never-ending loop of looting, levelling, and progressing.

Heroes of Hammerwatch: Ultimate Edition begins with you choosing a character from a diverse line-up of classes, naming them and altering their appearance (a welcome touch in a pixel art game), before heading to the town of Outlook. This is your base of operations, and while your progress through the Dungeons will drop back to zero on death, the upgrades you’ve unlocked for Outlook will persist. 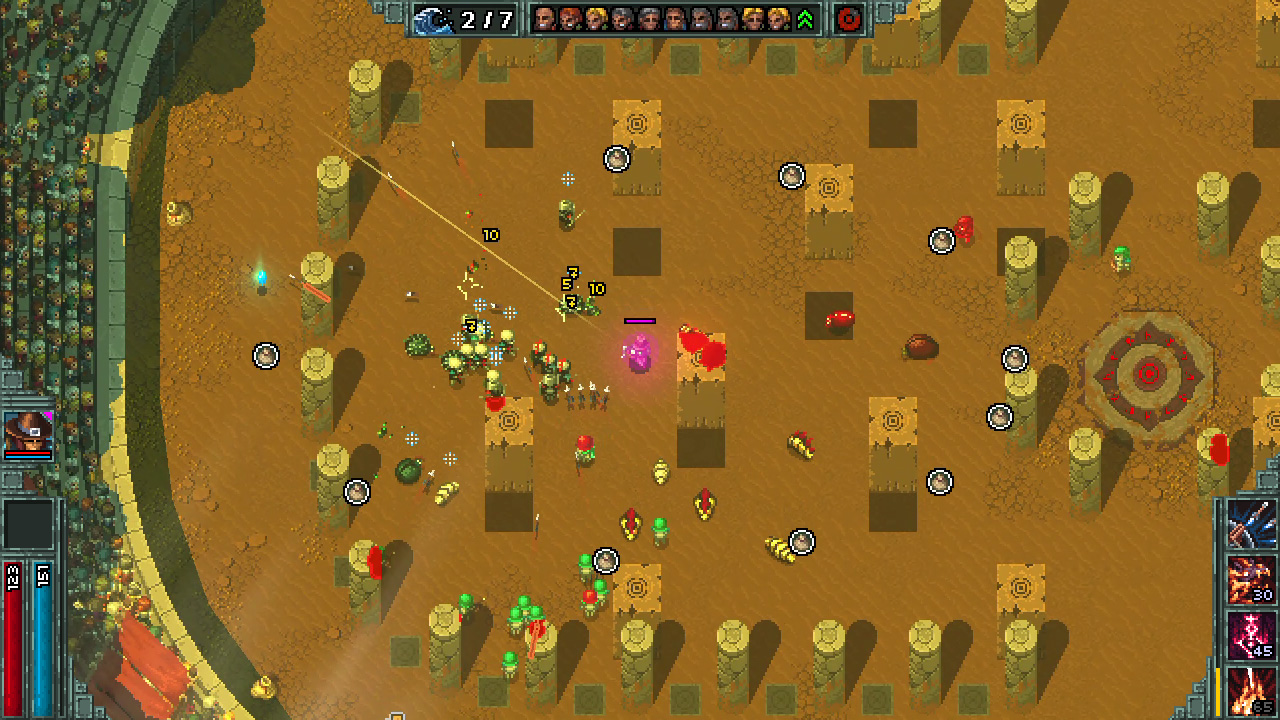 Initially, you’ll descend into the mines near town to search for gold and ore, and complete quests for the townsfolk such as retrieving lost items. Death is almost assured, especially in the early game. None of the classes are particularly robust, but I found the Ranger with his (or her) rapid-fire bow to be the easiest. The Paladin, while tougher than the others, has to get in close, and given the enemy’s penchant to overwhelm you, it’s not an ideal class for newcomers.

Armed with a standard attack and one special ability, with others unlocked later, you’re job is to clear the mines, collect as much treasure and ore as you can, and ultimately defeat the boss. You lose everything you’ve collected on death, though you can send it up to town in a handy cart once per level of the mine at a cost. The risk-reward system is pretty neat, but the cautious won’t take the risk at all at first. You’ll only have one health potion and very few chances to refill it, and one tiny error can ruin your day.

The Ultimate Edition comes with all the previous released DLC, which includes extra characters like the Witch Hunter, and other areas to explore, though you’re better off starting with the mines anyway. As you gather more and more ore you’ll be able to unlock additional services in town and upgrade your buildings, which in turn will boost your chances of survival. 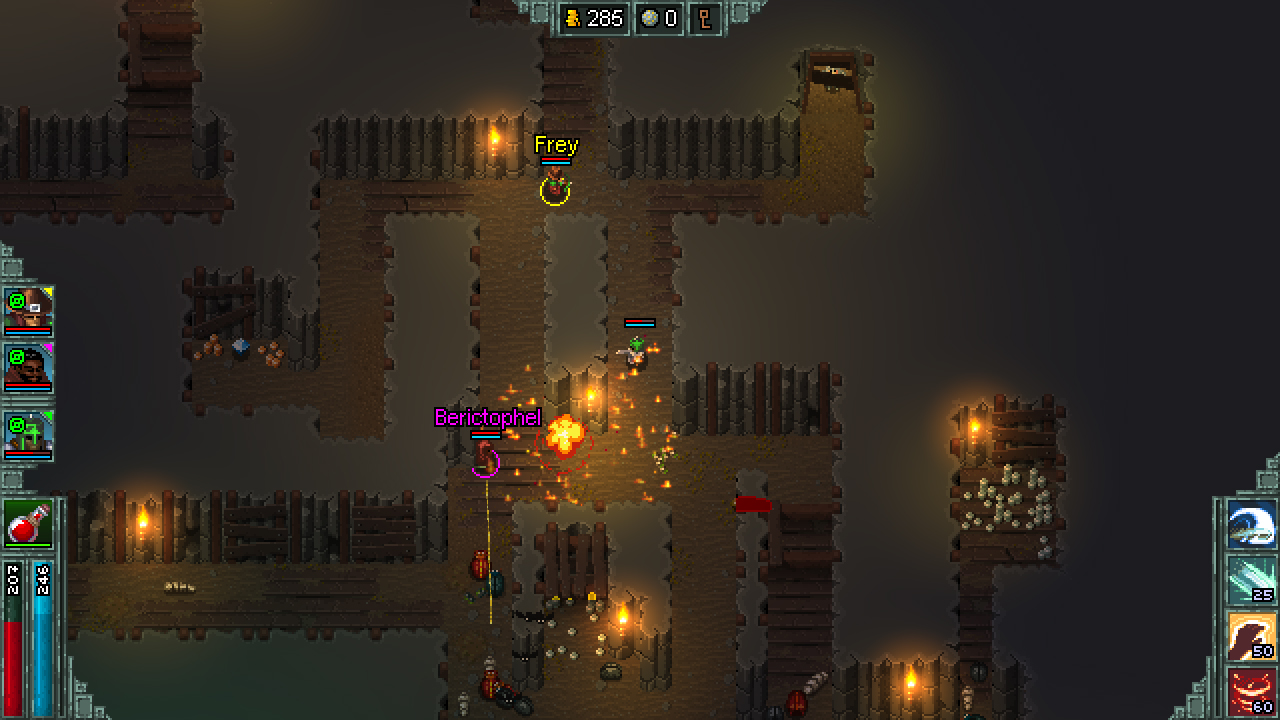 Another way to improve your longevity is to team up with others online. Up to four of you can delve into the dungeons for loot and glory, and the action becomes more frantic but more manageable when there are others there to take some of the heat. Multiplayer elevates Heroes of Hammerwatch from a fun but frustrating experience to something much more playable and enjoyable. It’s still good when played solo, but can be repetitive when you keep dying two levels down.

One thing that bothered me, though, was how obscure everything is. Crackshell really don’t give you much direction or guidance when you start, and for a while I was lost with a few things, like where to collect the ore I’d sent up, for example. I don’t need my hand-holding, but a few pointers would be nice. 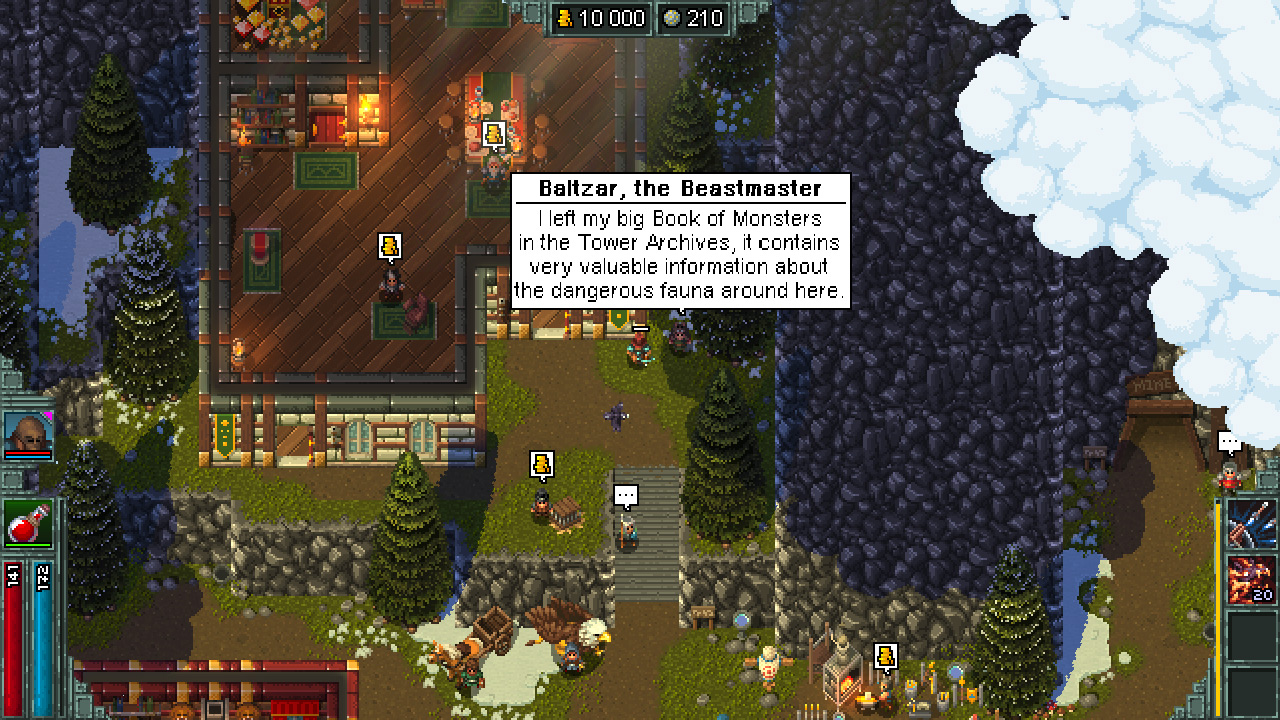 Graphically, Heroes of Hammerwatch: Ultimate Edition struggles a little in handheld mode. The performance is fine, but the default camera is zoomed out too far and everything is way too small. You can adjust the zoom in settings, but that means you can see less of the dungeon you’re exploring and could be more easily surprised by a mob of nasties. It also tends to be a dark game, and I had to adjust the brightness to make out some of the finer details.

An enjoyable little rogue-lite with a mountain’s worth of replayability, several huge areas to explore and a line-up of diverse classes to choose from, Heroes of Hammerwatch is the perfect game for killing half an hour alone or several hours with friends or randoms. It’s a bit stingy with guidance for newcomers, and you’ll likely need to mess with your screen settings to get comfortable, but it’s definitely worth checking out if you need another rogue-lite fix.

An enjoyable little rogue-lite with a mountain's worth of replayability, Heroes of Hammerwatch is the perfect game for killing a little time either alone or with friends