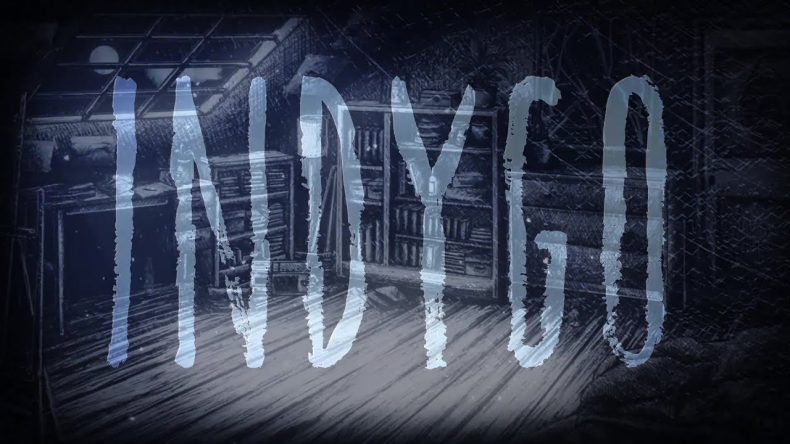 Over the last few years, the subject of mental health has become somewhat detached from the stigma incorrectly laid upon it, but it still remains a hush hush topic, ignored by many and dismissed by even more. Video games that attempt to deal with depression are very important because of the growing nature of gaming’s reach, but unfortunately, many games get missed due to the nature of the industry in 2017. We try to cover smaller games because we’ve seen the potential indie studios are capable of, and Pigmentum Game Studio is no different.

Indygo is a game that deals with crippling depression, told from the viewpoint of Tom, a former artist who’s been trapped in his room for three months, slowly losing his grip on reality and the support of his partner Ann. It’s a simple game by design, but it’s incredibly effective, making you empathize and relate to the pain he’s suffering. The story is told through his diary entries, letters he writes and receives from Ann and others close to him, and puzzles you’re tasked to solve. It’s only an hour or so long, which is a good time because of its heavy nature; it’s an important story to tell, but it can swallow you up. It’s very moving, and much like That Dragon, Cancer, it’s hard to say it should be played in short bursts, but that’s the case. Allow the message to wash over you, soak it up, and let it help you to be more understanding of those you may encounter with similar issues, or let it be there to help you in your own quest in dealing with mental health issues.

The visuals are very simple, with around ten different screens you’ll click on, and there aren’t tons of puzzles to solve. However, the clues aren’t too difficult, and many of the text helps you to solve the conundrums. You can request hints to show you where to click, so the game isn’t really designed to challenge you. Indygo is more about detailed the depths of depression and just how someone struggling acts when in the midst of it.

The music is emotive, and helps to drive the game in it’s saddest moments. It is a heavy game, but it also has flickers of light, and the music helps to elevate every emotion you’ll feel throughout. Some of the text is read out during the letters you have to read, and sometimes it can be off-putting, but most of the time it helps to convey the emotion involved, especially Ann who does a great job with the script. It was quite a tough game to play at times, too. It wasn’t deeply upsetting, but it makes you think – it makes you question things. I urge you to play with a clear head, or a loved one close because it is a realistic account of depression, and how someone going through the worst of it shuns the ones trying to help him, and ignore the love that could save him. There are multiple endings, so you can replay to get the different conclusions, but maybe give yourself some time between playthroughs to soak up the story you’ve just experience.

Indygo highlights the struggles of dealing with such a difficult illness, and does so in a simple way, using a monotonous design and moving piano soundtrack to help you attach yourself to it. Don’t miss out on this because it helps to highlight what can happen when you feel you have nowhere left to turn. There’s always help, and this game helps you realise that.

Not much to do
Easy if you're after a challenge

A very poignant game that will hopefully help people to speak out about their struggles, as well as showcase just how important storytelling is in games.