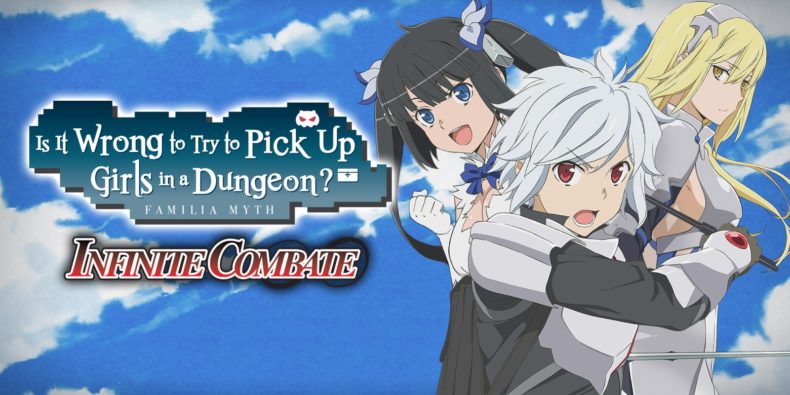 There are plenty of reasons to go dungeon crawling in a video game. Maybe you need to grind up a few levels, or maybe you’re looking for a rare magical weapon. On my list of reasons to brave the depths of a monster-filled cavern, I’d say that picking up women (or girls I suppose) is probably at the bottom. Discounting the fact that I’m happily engaged, I just don’t feel like corridors full of beasts and traps make for the most romantic spot for a meet-cute. Is It Wrong to Try to Pick Up Girls in a Dungeon? Infinite Combate clearly doesn’t share my views on this hot button issue.

In the first seconds of the game, you have a flashback to your grandfather telling you that picking up girls is the best thing about being one of the guild’s dungeon explorers. He goes onto say something inappropriate about how grateful they’ll be, and to be honest sets the tone for the game. Pick up girls in a Dungeon tells two interlocking stories, based on the narrative of the series of novels and anime of the same name. You’ll be playing as both level 1 adventurer Bell Cranel, and the experienced level 5 “sword princess” Aiz Wallenstein. The story begins with Bell starting his journey into adventuring, so even if you have no experience from the anime you’re essentially at season 1 of his dungeon crawling life.

The story sections of the gameplay out like a visual novel. You’ll be doing a lot of reading (voice acting is Japanese only) as you find out more about the RPG themed world of Is It Wrong to Try to Pick up Girls in a Dungeon. It doesn’t take long for Bell and Aiz to meet up and our young hero to be memorised by the grace of the Sword Princess. I found the narrative to be one of the most enjoyable aspects of the game. There are occasions where the game throws too many new characters at once, but I was captivated for the most part. 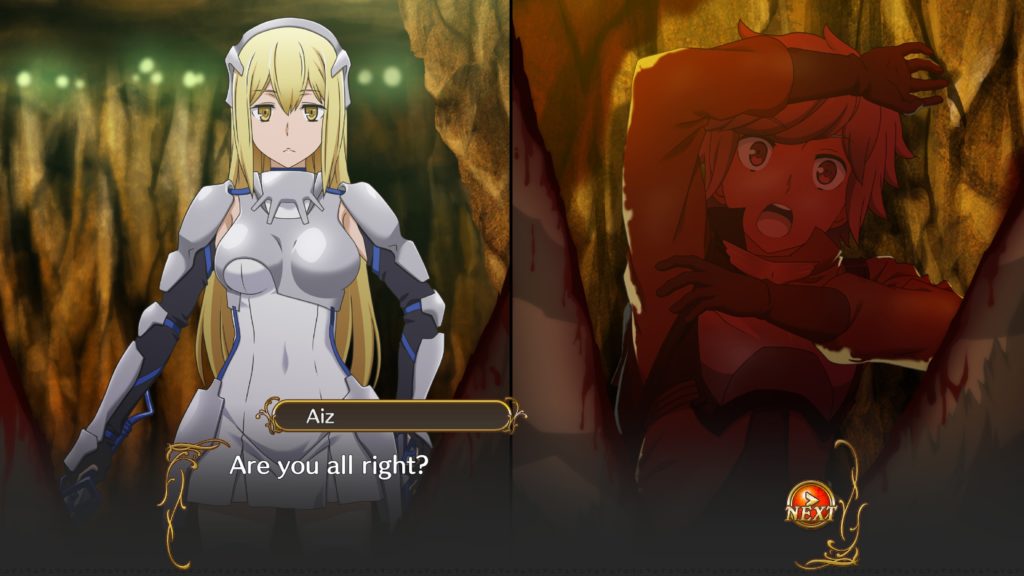 Unfortunately, I’d struggle to be as positive about the combat. Gameplay in the dungeon is incredibly simple. From a top-down perspective you can perform a light attack, heavy attack, and dash as you battle goblins, minotaurs, and the like. As you progress you’ll be able to call on allies to bring down powerful attacks and even launch a few of your own. There isn’t a great deal of skill to the combat, with fights usually boiling down to bashing a button and waiting for the health bar to reach zero. It isn’t a particularly satisfying loop, which isn’t ideal as it’s what you’ll spend the majority of your time doing.

While you’re talking to the other characters in the overworld, Pick up girls in a Dungeon has a nice anime aesthetic. That can’t be said for the action areas of the dungeon though, as when wandering the caverns you’ll be greeted by low-quality chibi models. It’s very reminiscent of top-down games from consoles of the past (the first Pokémon Rumble game on the Wii immediately came to mind) but with less of the charm.

With each trip you make into the dungeon, you’ll have a quest to complete. Sometimes you’ll need to kill five goblins, sometimes you’ll need to collect five goblin teeth, it almost always amounts to the same task of killing a certain type of enemy or finding a bag on the ground. This isn’t helped by the fact that every floor of the dungeon looks almost identical, with corridor after corridor of stone wall and the occasional enemy spawn. 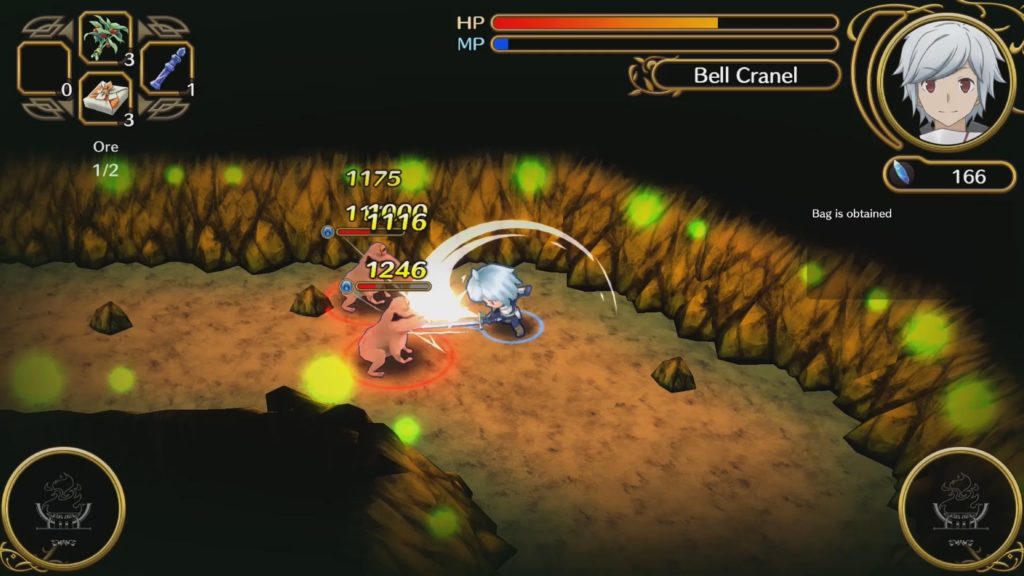 When you aren’t down in caves below, you can move between places in town to upgrade your character and equipment. Equipment upgrades always felt like the more sunstantial boost to my character’s abilities of the two, with stat boosts and the ability to choose an elemental damage type so you match up better against your foes. Skill points you acquire can be spent at your family goddess, boosting the usual array of HP, Attack and Defence stats. This is all fairly straightforward and largely unnecessary due to the easy difficulty of the game, at least until you complete the game and unlock Extra mode.

Once the credits roll, you’ll be introduced to Extra mode. In this mode, you’ll be presented with three very hard dungeons to explore, with the aim of earning enough date points to have a romantic time with another of the game’s characters. The gameplay definitely begins to hit its stride here, but despite that, grinding away at the dungeons gets stale pretty quickly without the story to help you along. Your date rewards are predictably pretty disturbing too, with rewards of scantily clad girls exchanged for your hours of grinding.

Is It Wrong to Try to Pick Up Girls in a Dungeon? Infinite Combate is frankly a rather underwhelming experience, with the license not saving it from lackluster gameplay and grindsome quests. The story is enjoyable, and the gameplay picks up once you’ve completed the game, but the overall slog of getting through the campaign is simply not worth it.

Is it Wrong to Try to Pick Up Girls in a Dungeon? tells an enthralling story, but the basic grindy gameplay detracts from the overall experience

PQube is localizing the visual novel Chaos;Child on both PS4 and Vita