previous
Children of the Zodiarcs Review
random
next
Aporia: Beyond the Valley Review
0 likes 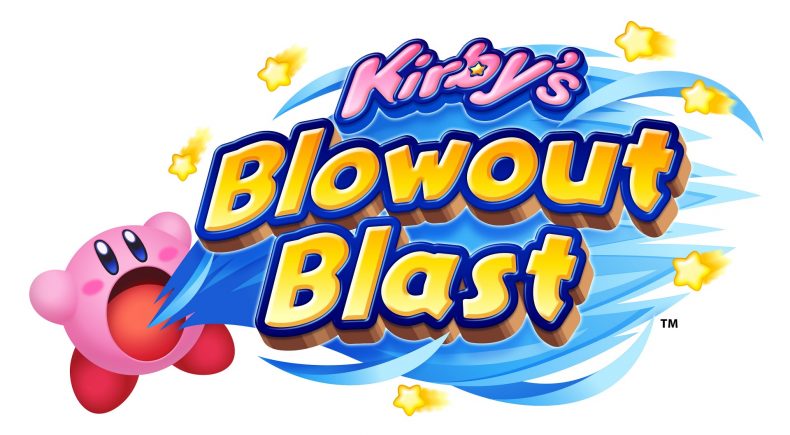 Kirby: Planet Robobot is just over a year old now, and one of the nicest surprises in it was the 3D Rumble mode, which plopped the little pink ball into a linear 3D assault course peppered with enemies and tasked you to get a high score. It proved so popular in fact that it’s spawned a ‘full’ game dedicated solely to it and gave it a new moniker Blowout Blast.

Unlike regular Kirby games this is a score attack. Your objective is to get through the level, picking up all the coins, killing all the enemies and not taking any damage in the fastest time possible, doing so will net you a bronze, silver, gold or platinum award with a full gold run being a requirement to unlock special EX versions of the levels, which I will go into later. The whole game is designed with the idea that you’ll play the levels again and again to get your score as high as you can, the levels are short and enemy packs are placed accordingly to maximise your ability to suck them up and launch them out, there’s a fine art to stuffing a whole pack of enemies in your cheeks then positioning yourself so that the resultant projectile regurgitation takes out as many enemies as possible. The more enemies sucked up, and then the more taken out increase your score bringing the higher award thresholds closer to achievement.

There are other ways of doing this too; not taking damage, collecting all the coins and doing it all as fast as you can all contribute to your points total, in fact the only way you’ll get a platinum is by achieving all four elements as well as ensuring that every single attack is geared to generate the highest quantity of hits as possible. That’s why the levels are as short as they are; you play, you do ok, you learn, you try again, a typical high score game basically. Each world is structured into five levels with a boss at the end of the fifth and then King Dedede right at the last. Getting at least gold in each world’s levels grants access to EX versions of them, giving you a much stricter time limit, reduced health and remixed enemy packs just to make things a bit more interesting, the layouts are the same, but the tactics you’ll need to get through will need to be changed up.

Even with the EX levels and an extra bonus for complete golds this is still a really short game with a lot of replayability thanks to the structure. It won’t be long until you’ve seen everything the game has to offer, but it helps that this is a budget title. A modest £6.29 for a good few hours of entertainment is a low cost of admission and you can’t really ask for fairer than that. Kirby’s always leant himself well to spinoffs and this is no exception. It should tide you over until the next full-fledged game at least.

In a time of games that stretch into the tens of hours, it’s nice to have a game full of short gameplay bursts designed to be replayed over and over, Blowout Blast is a wonderful little distraction.