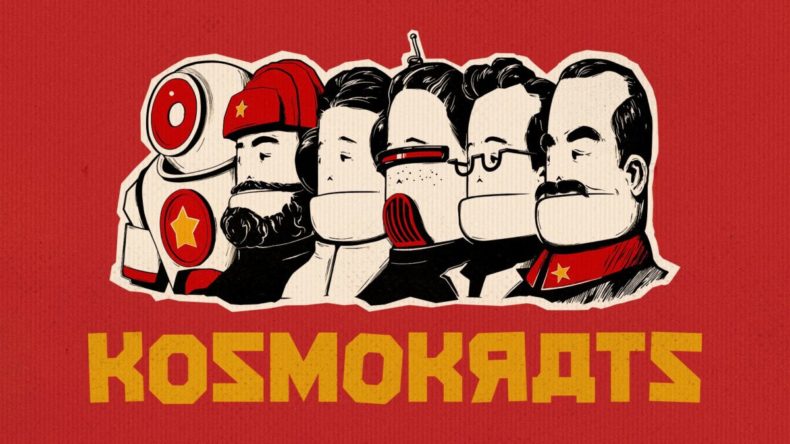 How does a lowly potato peeler become an elite drone pilot for the USSR? Quite simple, really. After being in the right place at the right time, you find yourself as part of Space Force – an organisation keen to find a new home among the stars – and as weeks turn into months, you end up as a pretty fantastic member of the illustrious Russian space program. Kosmokrats is simple in its delivery, but it offers some great puzzles that you’ll need to solve if you and your fellow comrades are ever going to survive in the depths of the solar system.

Your main objective is to move blocks to construct space stations, save lives, and build whatever you are asked to build. You move your drone around the screen and knock blocks by moving into them. The physics-based objectives play out in timed levels, and if you find the timer running down, mistakes will be made. Not only do you use your drone to knock into objects, but you can also magnetise coloured ports that are attached to the blocks and match them with the same colour nearby. 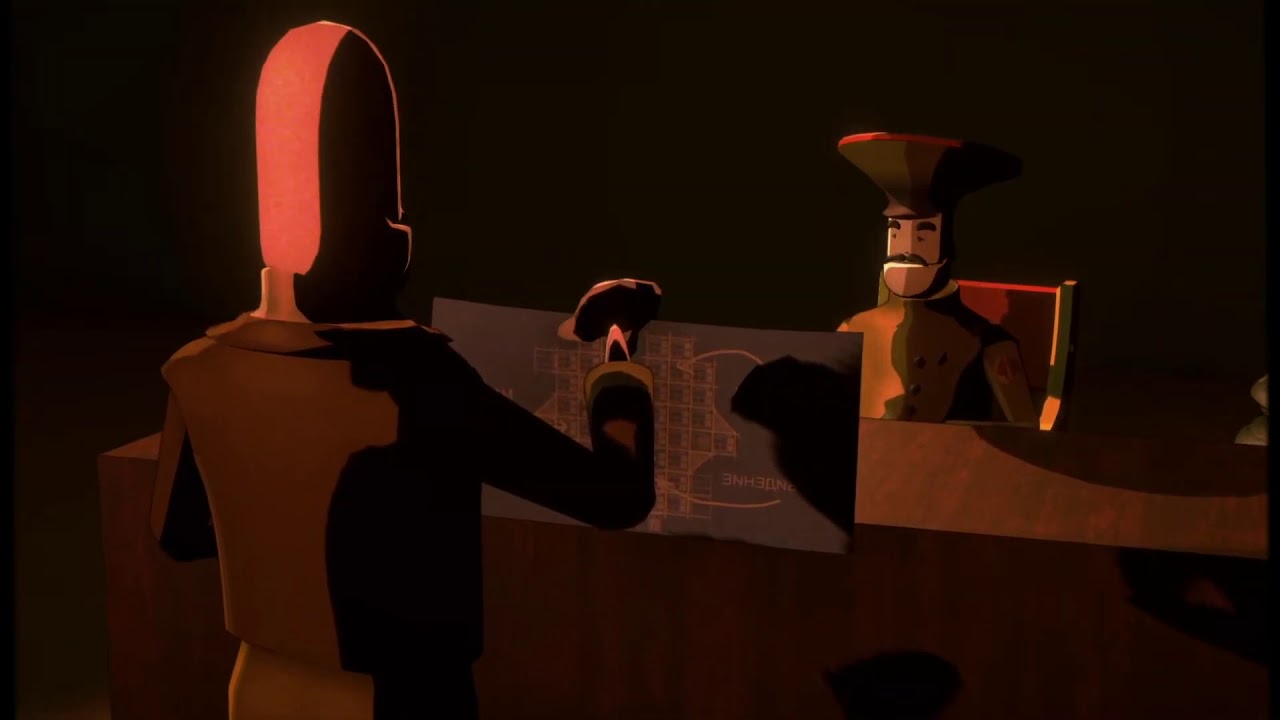 Sometimes, the blocks you are trying to move may crumble if knocked too many times, whilst the potato storage (your crew’s food source) or solar panels might get destroyed if you aren’t careful with it. On top of that, civilians, fellow employees, and other personnel might end up dying in a rather gruesome fashion. As you progress through the story, the forming of structures can become a lot trickier, as obstructions like boulders can get in the way. The structures themselves also get more intricate, so making sure you act quickly becomes a vital part of your mission. Whilst there is a simple idea at the heart of Kosmokrats, Pixel Delusion has found a way to make the puzzles challenging over time.

By creating structures you create a chain of power that runs through the stations. Kosmokrats is a space version of Tetris, and even the characters allude to this through the dialogue, and other nods to the famous video game pop up throughout. New features unlock as you play, such as connectors that replenish your drone’s power once it depletes due to the magnetising it does, and you can spend your earnings on documentary films and vodka. You can also pay for certain buffs or skills that can be applied weekly, such as adding another colour to the space stations or moving faster around the level as the drone. 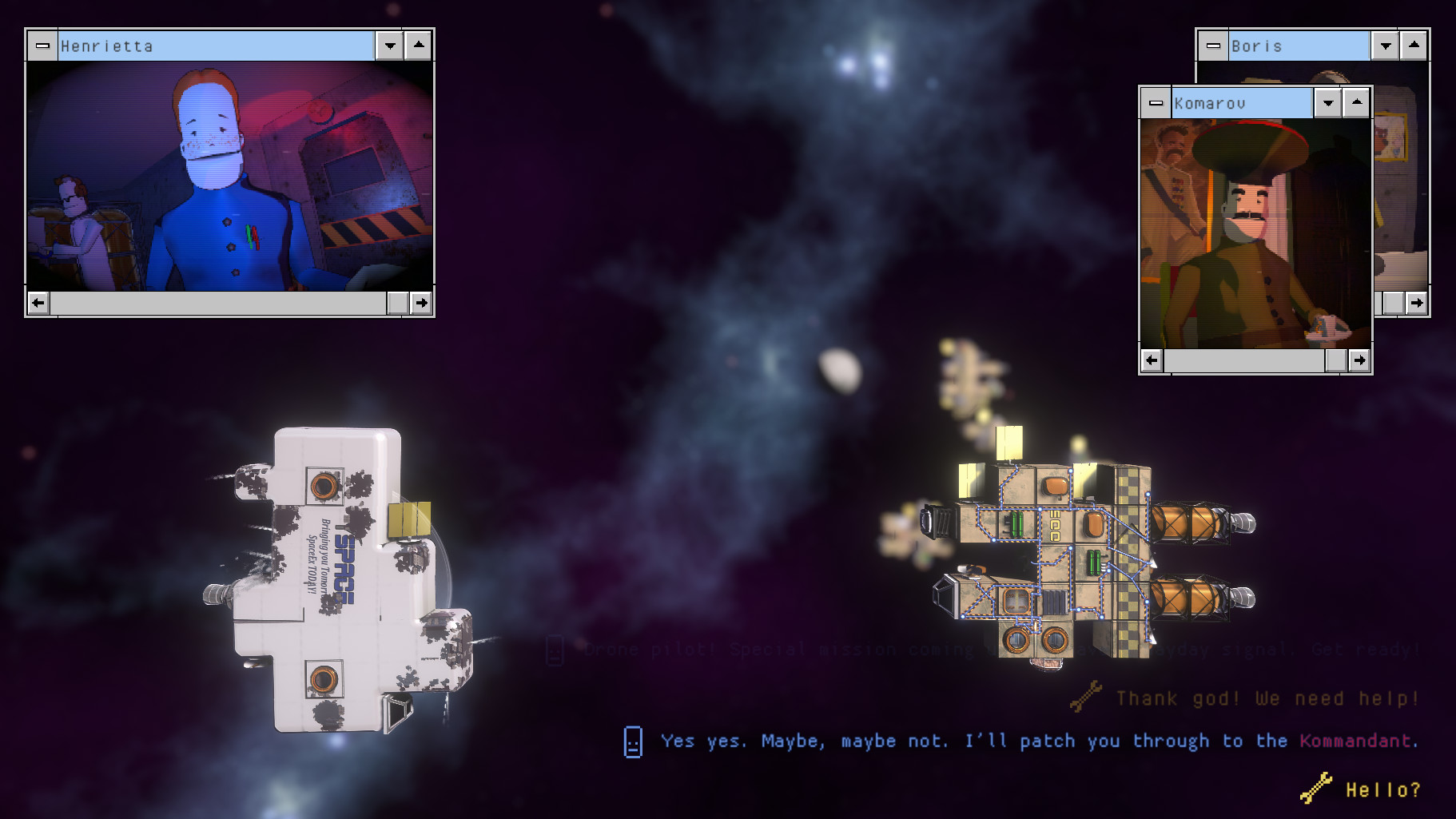 Kosmokrats has a vintage aesthetic, and everything at your terminal is plucked straight from the 1960s. When you’re not piloting the drone, you can play classic video games on the R-Box, and the newspaper that sits next to your terminal offers a slight distraction from completing your missions. You also need to manage your hunger by eating (you guessed it) potatoes. There may not be a lot to do outside the main puzzles, but it’s enough to make Kosmokrats an enjoyable little game.

The cutscenes that provide the exposition tell a colourful story about scientists and astronauts, and everything in between. Having Bill Nighy narrate adds a touch of class to proceedings, and the general audio effects are authentic to the time period. The writing is also great, and the little touches to telling a story through the Official Party newspaper and its cutscenes help to keep you entertained. 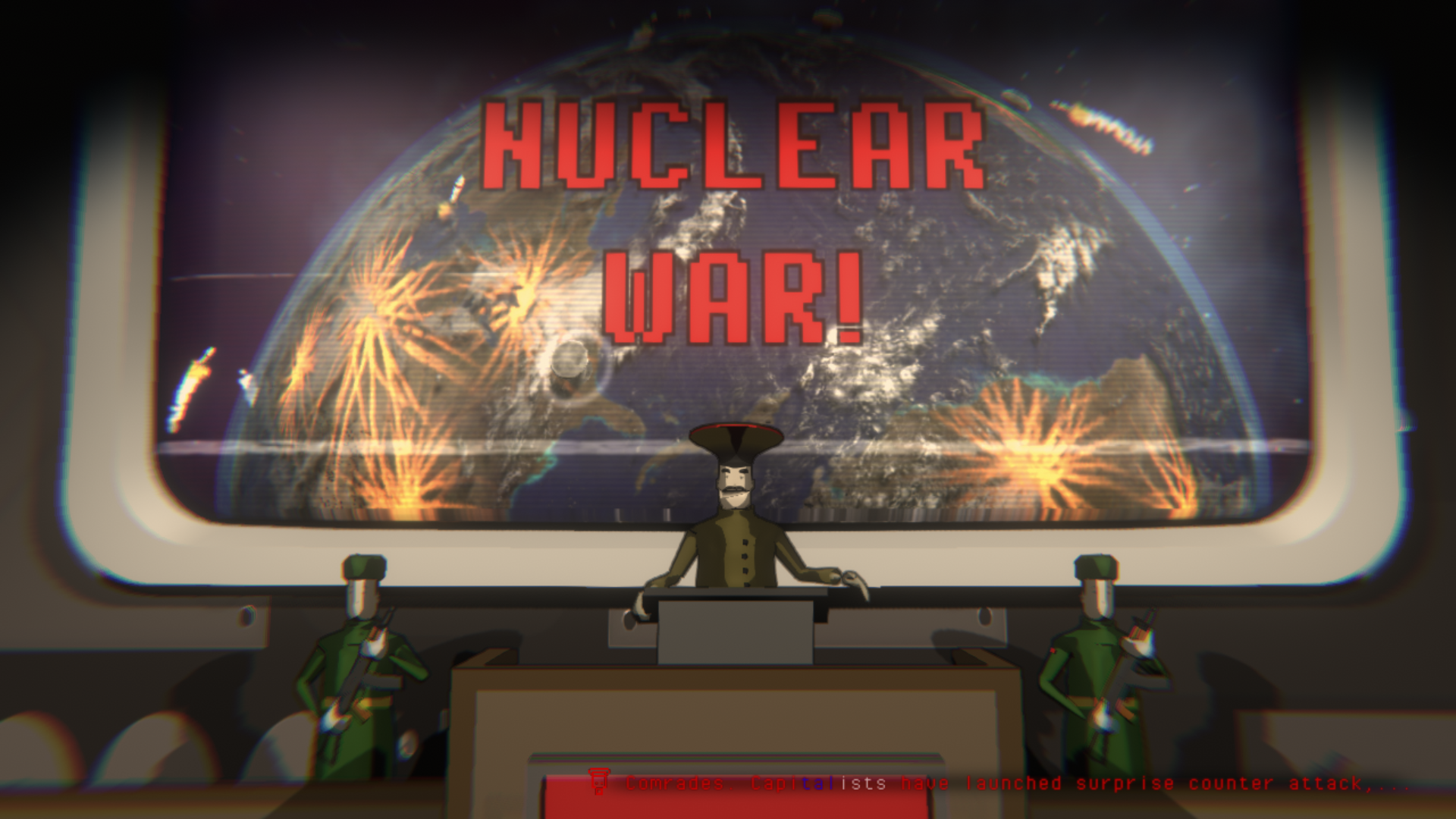 If you find that forming space stations is pretty easy, there are some difficulty modes that up the challenge. Removing the ability to pull blocks and costing power to simply move your drone add some extra spice to proceedings, allowing a new playthrough to be different from the last whilst pushing you to think differently about every move you make.

Kosmokrats offers a nice change of pace from other physics-based puzzlers out there, with a dark comedic edge and some challenging puzzles that become more complex over time. There’s not much to do outside the grind of piloting your drone, but its simplicity offers a window into a pleasant gameplay flow that will keep you playing for quite some time. If Tim Burton made a game set in space whilst drawing inspiration from Grim Fandango, Kosmokrats would be it. Its dry humour and entertaining story is well worth giving a go.

Not a lot to do outside the main puzzles

Kosmokrats offers a nice change of pace from other physics-based puzzler out there, with a dark comedic edge and some challenging puzzles that become more complex over time.