Lara Croft and the Temple of Osiris Review 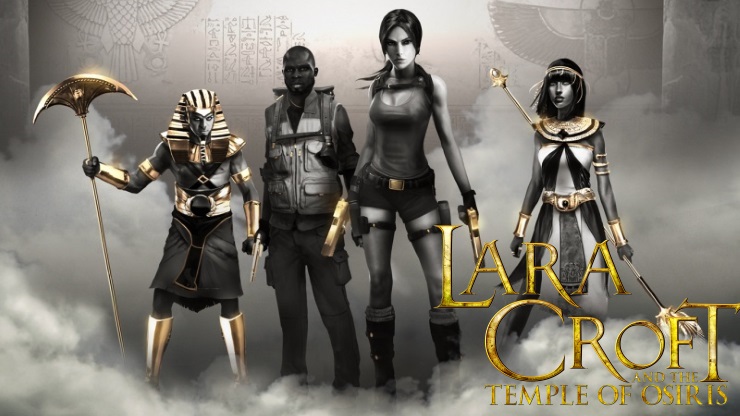 While the Tomb Raider series is currently enjoying something of a renaissance thanks to last year’s stellar reboot, the central character has been busy carrying not one, but two franchises. Lara Croft and the Guardian of Light was a new direction for the legendary grave robber, sticking aesthetically to classic Lara’s style but dropping her into an isometric puzzle-platformer-cum-twin-stick shooter. More surprising than the change of focus was the fact that it really, really worked.

The sequel (rather wisely) doesn’t change an awful lot, and simply builds upon an already solid foundation. Swapping Aztec legend for Egyptian mythology, Lara Croft and the Temple of Osiris sees the world’s most famous corpse-botherer battling a resurrected God-king for reasons not entirely clear, this time joined by three allies as opposed to one. The god Set is attempting to bring about the end of the world, and Lara is aided by two other gods, Isis and Horus, as she tries to gather together the Pieces of Osiris – that is, the actual pieces of the dismembered god, Osiris, whose power can stop Set. She’s also in the company of Carter Bell, a rising star in the Tomb Raiding business.

The bare-bones gameplay is almost identical to Guardian of Light. You run around tombs in an isometric world shooting baddies, dodging traps, solving puzzles, and collecting scattered loot. You have access to a variety of weapons such as Lara’s dual pistols (with infinite ammo as standard), shotguns, rifles, uzis and a flame thrower. Guardian of Light’s magic spear is replaced by a staff that can interact with certain puzzle elements and do moderate damage to enemies; it’s a decent enough tool within the sphere of its purpose, but nothing you use it for is quite as cool as the sticking the spear through enemies or into walls to form make-shift ladders. The combat is solid, using a mixture of blasting, evasion and remote explosives to make mincemeat out of enemies, but the platforming isn’t always as reliable. A forgiving checkpoint system alleviates the frustration of imprecise jumping and the deaths you’ll doubtless suffer at times, as a result of the zoomed-out camera making Lara look smaller than a scarab beetle on your screen. It’s all forgivable though, because always a joy to play, when you’re dodging spiked boulders, avoiding boiling water pools and shooting crocodiles into squishy bits and pieces.

Attempts have been made, with some degree of success, to add some RPG-lite mechanics to the formula, as you can now use gathered gems to open chests in which some unknowing ancient benefactor has placed rings and amulets. The common variety will boost certain skills and innate stats while nerfing others, while rare trinkets will often provide two different boons, such as increased damage and bomb blast radius. Handy. The next logical step for the series is upgradeable skills, which we can only cross our fingers for in future instalments.

The big draw in the sequel is four-player co-op, which is implemented in some very cool ways. While one player must be Lara no matter how many players there are, the others can choose between Carter, Isis and Horus. Each pair, gods and mortals, has unique abilities which can be combined to solve puzzles. For example, the archaeologists have their grappling hooks which can either be used with set grapple points, or to pull the gods up onto higher ledges. Conversely, the God characters can form protective shields around themselves that can also double as platforms to boost the mortals up to higher levels. Interestingly, the puzzles change depending on how many characters are present. Not only does this make every challenge feel fresh when you add friends to your game, but it gives you a solid reason to want to play co-op. It may be as simple as an increase in enemy numbers, or as complex as adding more layers to a puzzle, such as more mirrors in the staff puzzles or more pressure pads to unlock gates. With four players it can become frantic during firefights, but the sheer joy of working in tandem offsets the mildly distracting mayhem.

Graphically, the Temple of Osiris is a noticeable step up from Guardian of Light, as it should be. Textures and animations are much smoother, and the whole thing has a high quality sheen to it that seems leagues ahead of Guardian of Light’s grainy aesthetics. The attempt at a cohesive narrative falls a little flat, but the huge hub area that links the various tombs and optional challenge areas is much more satisfying than a simple menu, especially as there are collectibles and combat challenges dotted all over it.

Lara Croft and the Temple of Osiris is a solid evolution of the formula established in the original, and does a fantastic job of encapsulating the old Tomb Raider atmosphere and presenting it in a smaller (yet no less involving) world. The platforming may occasionally annoy, and it isn’t the longest game around (even for its price bracket) but it’s an absolute blast to play either alone or with friends.

Platforming is hit and miss.
Story is too bare-bones.

An improvement on The Guardian of Light but no revolution, The Temple of Osiris is another solid adventure worthy of the illustrious Croft name.