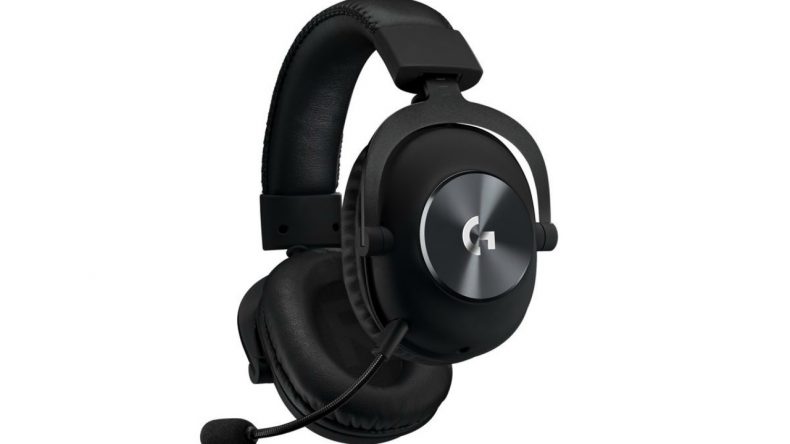 If there’s one thing Logitech arguably do better than most, it’s marrying simple design with highly competent engineering. The majority of their products, while sleek, remain bereft of obvious flare, or the kind of over-design used by some manufacturers to hide a lack of features. Logitech seem to have grasped long ago that while looks are important, the number one factor in hardware design is performance.

That being said, the Logitech G Pro X is just gorgeous. Eschewing the RGB lighting that’s becoming a more and more prevalent feature in gaming hardware, Logitech instead have produced something that almost looks like a throwback. Tight design, high-quality leather, chrome-like brushed metalwork – it all comes together to create one of the better looking headsets I’ve seen in a while. It also fits my weirdly dome-shaped head incredibly comfortably, and even looks good on me.

The device comes with a long cable equipped with multiple extensions. There’s a standard 3.5mm jack for plugging right into controllers, phone and tablets, is there’s a USB extension for use mostly with PC that allows the Pro X to interface with various bits of software. It’s also how you get the most out of the 7.1 surround sound feature. Would I prefer the Pro X were wireless? It would make things easier, sure, but it’s not enough of a hindrance to warrant complaint. Right out of the box it comes equipped with black leather cups, but if you’re the sort who gets sweaty ears after long sessions or who maybe doesn’t appreciate the feel of leather, there’s a pair of microfiber covers included. I prefer the leather, but it’s nice to have the option. It also comes with a sizeable fabric bag for safer transportation and storage.

I’m terms of performance, I can’t fault this headset. I used to use Turtle Beach Stealth headsets almost exclusively, but recently I’ve been using ROCCAT Nos or the HyperX mainly because of their competent mix of comfort and quality, but being super honest, the Logitech G Pro X is the pick of the bunch. It sounds incredible. Music is crisp and clear, but I’m low maintenance where music is concerned – my main use for a headset is gaming and this headset doesn’t disappoint. The 7.1 surround sound is phenomenal, and when playing something like The Cycle on PC when there are animal noises, background music, gunfire and intense weather effects all swirling together the immersion level is off the chain.

But more than this, Logitech’s acquisition of Blue has allowed them to integrate the Blue Voice technology into the Pro X. If you hook it up to G-Hub, there’s a whole bunch of options to play around with that will allow you to fine tune how the microphone works. Left as it is for those quick blasts of Call of Duty on Xbox One, it performs as well if not better than most of its competitors. Oh, and it’s detachable, which is always a plus.

Falling into the mid-range price bracket, the Pro X isn’t exactly cheap but for what you’re getting you’d usually expect to pay even more. The sound quality is ridiculously high, with a heap of options available to you via G-Hub, and the build quality is just superb. It feels like an expensive, top-end product and looka the part, too. Already, it has surpassed all others to the come my go-to headset for gaming on any platform.