If you’re a lover of all things Lovecraft then it’s fair to say that video games have you covered. Cthulhu and his pals have always been well represented, be it as otherworldly enemies in action games, JRPG heroes or the big bads of a spooky horror game. If creepy tentacles are all it takes for you to be interested in a new game, then Lovecraft’s Untold Stories 2 might already be on your radar.

In a world currently struggling with constant disaster, our protagonist finds themselves tied to a chair in a mental asylum. As you might expect from a lovecraftian roguelike this asylum is full of monsters and hazards and will try and kill you at a moment’s notice. I hope you’re ready to die over and over again, because it’s going to happen.

At a basic level Lovecraft’s Untold Stories is a twin-stick shooter. You’ll be running around the environment and firing at enemies with your weapons while dodging their attacks, with all sorts of special abilities depending on who you’re playing as.

Once you wander a few rooms into the asylum you’ll find your possessions in a cupboard, and get to decide on your character. Do you want to be a scientist who can summon a little monster friend, or a witch that shoots fireballs? It’s an important decision, because you’ll need to use every last ability if you want to survive against even early enemies. 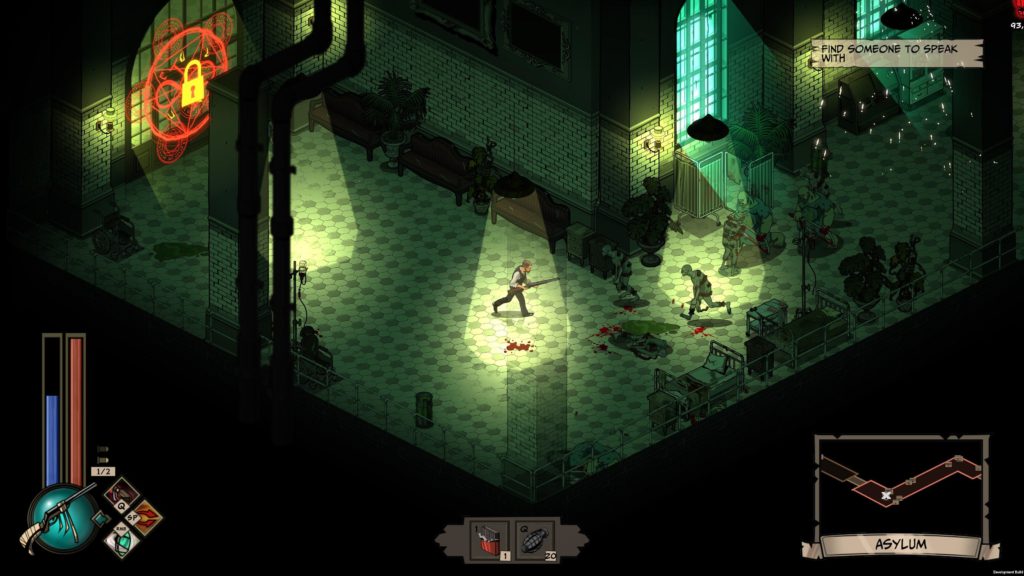 Unfortunately I’m not kidding when I talk about the difficulty. From the very first room you’ll face attacks that cause bleeding from one hit that deal damage for ages, or attacks that cause your madness to go up (which is never truly explained). This would be much more tolerable if the combat itself was enjoyable, but unfortunately the pacing prevents that pretty quickly.

Your character moves exceptionally slowly, and when you couple this with the fact that you get stuck on everything you’ll end up trapped by the baddies in no time. Nothing is more frustrating than getting stuck on a deck, then stuck on a angry patient and losing half your health, and it happens constantly. It’s just hard to enjoy a game when your character is sluggish and the combat is subpar.

When you aren’t fighting back tentacles, you’ll probably want to loot everything you can. I hope you like opening up desks and cupboards, because you’ll be doing it a lot. Like most of Lovecraft’s Untold Stories 2, everything to do with looting is under explained and fairly tedious. Most rooms have about twenty different containers to open that spit loot everywhere (though the looting has been improved with the first major patch already), and the game never tells you why it’s important to find info or collect bones. Eventually you’ll figure out how to do crafting with all these doodads, but it won’t be thanks to the game telling you how. 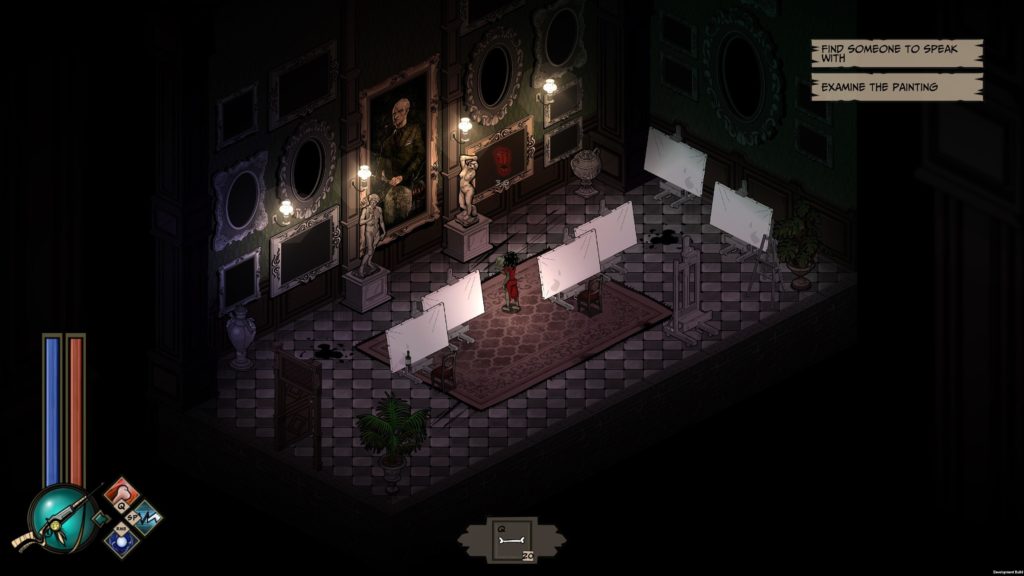 Alongside all the other issues I had with the game, I also experienced quite a few crashes while trying to survive. It’s possible that these issues could be fixed further down the line, but it wasn’t particularly uncommon for a session to end because the game stopped working or my character got wedged in an invisible wall.

Although I struggled to find much to praise in Lovecraft’s Untold Stories 2, I will compliment the comic book art style of the game. It’s a really striking aesthetic, and one I’d definitely be happy to see in other (hopefully more polished games) down the line.

Lovecraft’s Untold Stories 2 is a disappointing game that I’d struggle to recommend to anyone. With balance issues, awkward movement, and unenjoyable combat, this Lovecraftian roguelike horrified me in all the wrong ways.

Nice to look at

With clunky combat and poorly explained mechanics, Lovecraft’s Untold Stories 2 fails to hit the mark in any meaningful way.