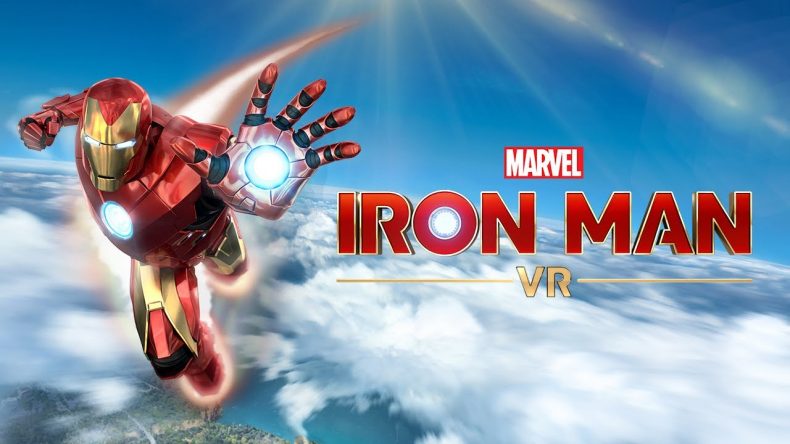 Flying around as Iron Man in virtual reality is pretty much the pinnacle of concepts when it comes to Marvel games, and what is possible in the current-generation of consoles. In my head, I knew what I wanted; however, the likelihood I would get my own selfish way seemed like an unreachable dream. The problem with PlayStation VR is that after playing so many different games on the platform, I kind of know what the boundaries are, and it’s unlikely something is going to come along towards the end of its lifespan and surprise me. Whilst Iron Man VR does have limitations in the kind of experience it can provide, it can be quite fun being the titular hero.

Camouflaj has managed to do a decent job of utilising the ancient Move Controllers and allowing you to fly around in a wide open space with a fair amount of control. Your repulsors blast you through the air, and by moving your arms and hands, you dictate whether you ascend or descend, move backwards, or blast forward. Slight movements of the Move Controllers as you fly across the sky feel significant, but you’ll need to remain standing for complete control. It might take a bit of time to get used to, but you’ll soon enjoy the freedom the suit provides. As soon as you start to incorporate your firepower, getting around and shooting missiles becomes a skill that is quite difficult to master. Once you do start to piece everything together, there’s nothing quite like taking out a series of drones with your missiles whilst gliding through the air to avoid damage. Iron Man VR gradually builds you up so you’re not trying to do too much to soon. The main opening mission where you rescue Pepper Potts from a plummeting aeroplane is exhilarating. Trying to fix the plane by putting out fires and bending metal back in place, all while avoiding debris and shooting at drones gives you plenty to do, making the most of all of the new abilities you begin to learn.

There’s a decent amount of weaponry on offer. Before you start to upgrade, you’ve got standard blasters, your repulsors that allow you to fly, and the ability to punch through the sky/your enemies. Between the main missions, you can begin to upgrade your suit, but there’s no real sense of achievement. Everything is easy to unlock, and whilst the range of augmentations to your entire suit do help, it always felt like more of “another thing to do”. Most of the weapons can be used against the various drone models, but you’ll often find yourself using the same ones throughout. The story follows Tony Stark after he announces to the world that he is Iron Man. It’s a typical story with no real excitement or revelations. You’ve seen or read it all before, and there’s nothing likely to keep you hooked on how the plot grows. Between the repetitive missions where you’re shooting a lot of drones and returning to your mansion, there’s very little else. Whilst it starts off strong, the novelty wears off and you’re never given anything else along the way. It’s a shame because it’s quite exciting at first. Ava Starr AKA Ghost, is the main antagonist, and although she had a great narrative in the 2018 film Ant-Man and the Wasp, she’s nothing more than a throwaway character here.

Iron Man VR has some nice environments, but overall it looks rather rough. It’s disappointing because the opening sections show off the best the game has to offer. When you head to Shangai, the possibility of this neon-lit city falls flat, with references to Oscorp and AIM feeling deflated by the bland look of your surroundings. PSVR can look beautiful. Astro-Bot and Concrete Genie are proof of that. That’s why it’s a shame that the levels on offer look no better than the final years of the PlayStation 3 era. In the parts where you’re talking to the holograms Friday and Gunsmith (another version of Tony Stark), the visuals look better, but their are issues with texture and diversity overall. It never helps that when you look down at your body, your arms dangle like a monkey either. Other problems I had were the long load times between almost every mission, and even whilst teleporting around your mansion, it takes much longer than it should. This breaks the flow of the game, and in some sections, Tony Stark talks over a black setting, once again showing the limitations of a system close to the end. There are some great ideas in Iron Man VR, and I was thoroughly impressed by the movement as Iron Man, but it does come with issues, most of which effect the enjoyment of wearing Stark’s famous suit.

Iron Man VR is a perfect example of the PSVR’s limitations. Although flying around and firing your blasters feels remarkably free, it’s not a particularly pretty game. The repetitive action and lack of variety in levels dampen your enjoyment, and the story is obvious and familiar. Whilst it is more than just an “experience”, it never capitalises on the time it has, and the chance you’ll start to become bored of it is rather likely.

Iron Man VR gives you a great sense of freedom as you fly around the skies of various cities, but the levels and combat becomes repetitive rather quickly.

République Is Coming to Europe in Early 2016