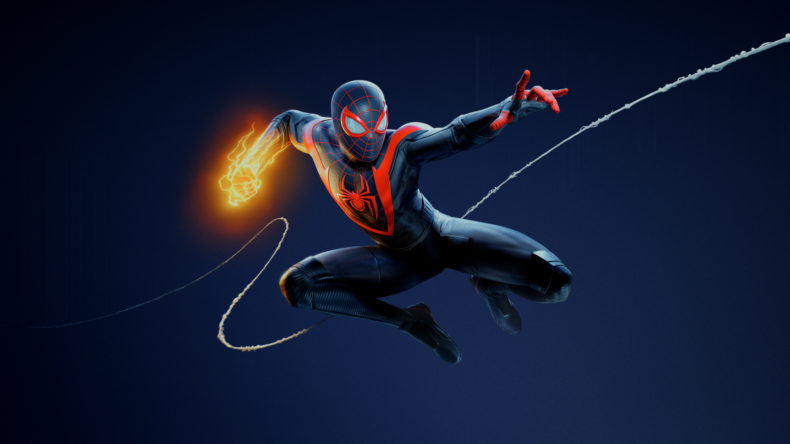 It’s hard to think of a game in recent years that was quite as playable as Marvel’s Spider-Man on PS4. A game of the year contender in 2018 that lost out due to a few flaws that dragged the experience overall down, yet it was still compelling and moreish in a truly wonderful way. But what if the developer took that game, removed the over-use of instant-fail stealth, tightened up the story, improved the side-quests, and kept everything else that was good? What if the dev also replaced the protagonist with an even more likeable one? Yeah, Miles Morales is pretty special, alright.

Peter Parker disappears pretty quickly in Miles Morales, and that’s a smart move by Insomniac. Miles is a younger Spider-Man, only 17, but he’s still a massive fan of Parker, so Peter exiting and only reappearing via the odd phone call means Miles can star in his own show – and star he does. This is about learning, his journey, and understanding where you come from.

Miles is charming, but he’s also confused and doesn’t quite understand all of his powers just yet. Even as he swings across Manhattan there’s a distinct feeling that he’s new to this, his motions slightly awkward and, well, new. The animation is simply breathtaking as Miles traverses his City, and with Ray Tracing included you can see reflections as you fly past high rise apartments, too. Miles Morales may be available on PS4 as well, but there’s no question it’s a terrific looking game on PlayStation 5. 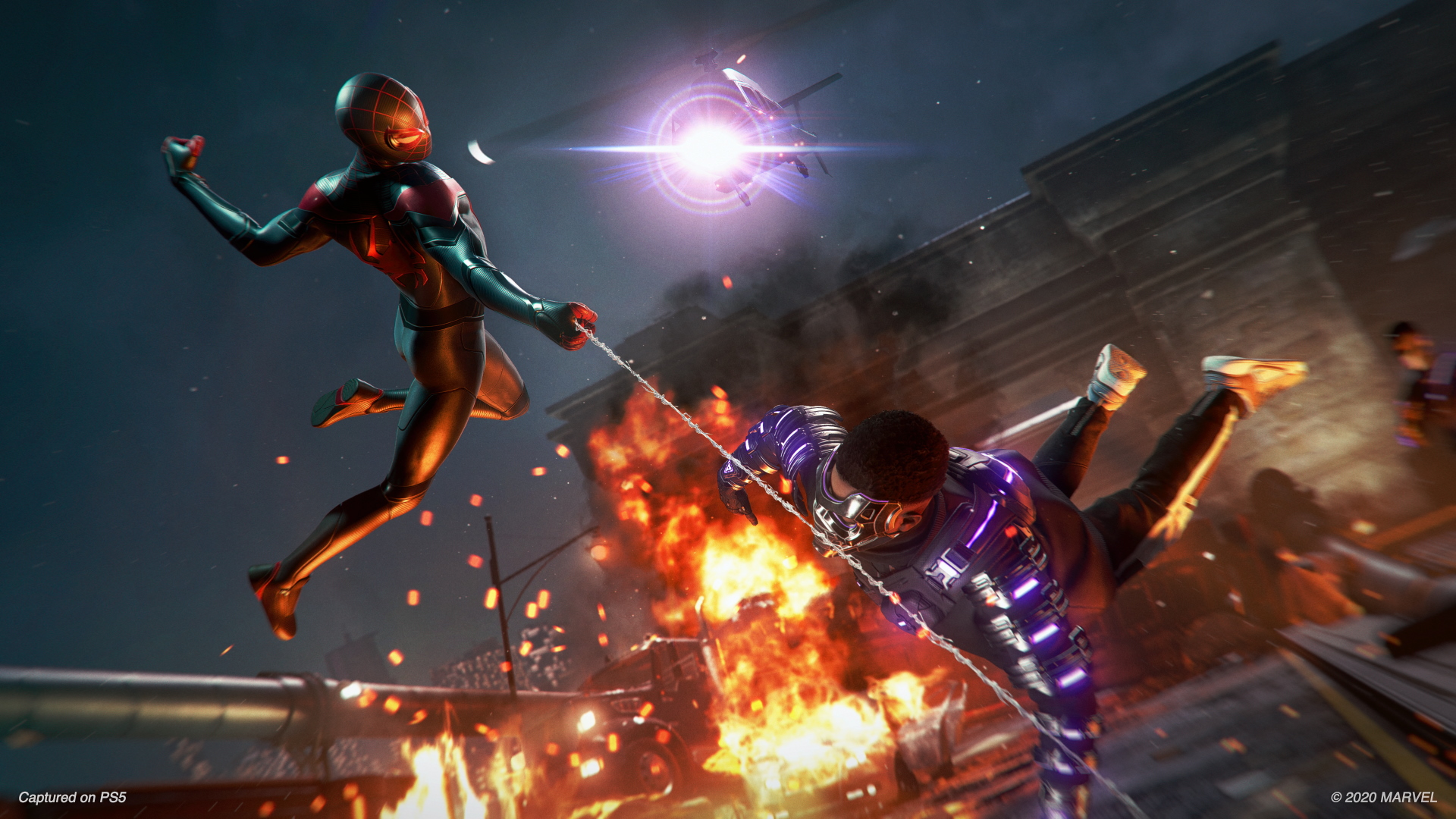 The combat was sublime in Spider-Man, and it returns complete, here, but with a lot of new bells and whistles. Miles’ powers aren’t the same as Peter’s, so there are new abilities that flesh out the original Batman Arkham-style combat in ways that, while I won’t spoil them here, completely improve upon things. You’ll have seen trailers, I’m sure, that showcase his Venom Energy capabilities, and these offer new ways to juggle, upgrade, and just keep things flowing. In the heat of it all when you’re dodging rockets, sliding under foes, or majestically keeping Miles in the air; three to four enemies in a row, it really does feel incredible.

In many ways, Miles Morales (the game) feels like a personal story. It’s about Miles (the person) learning to cope with who he is and what he’s capable of, but it’s also about our homes, where we’re from, and what makes a home. The friends we catch up with, the parents we don’t spend enough time with, the busy lives we lead: Miles has all of this plus school work, and he struggles like we all do to manage our time. It’s relatable and warm, with dramas that have large stakes but feel grounded and real, and in that way, Miles Morales also beats out the title that came before it. 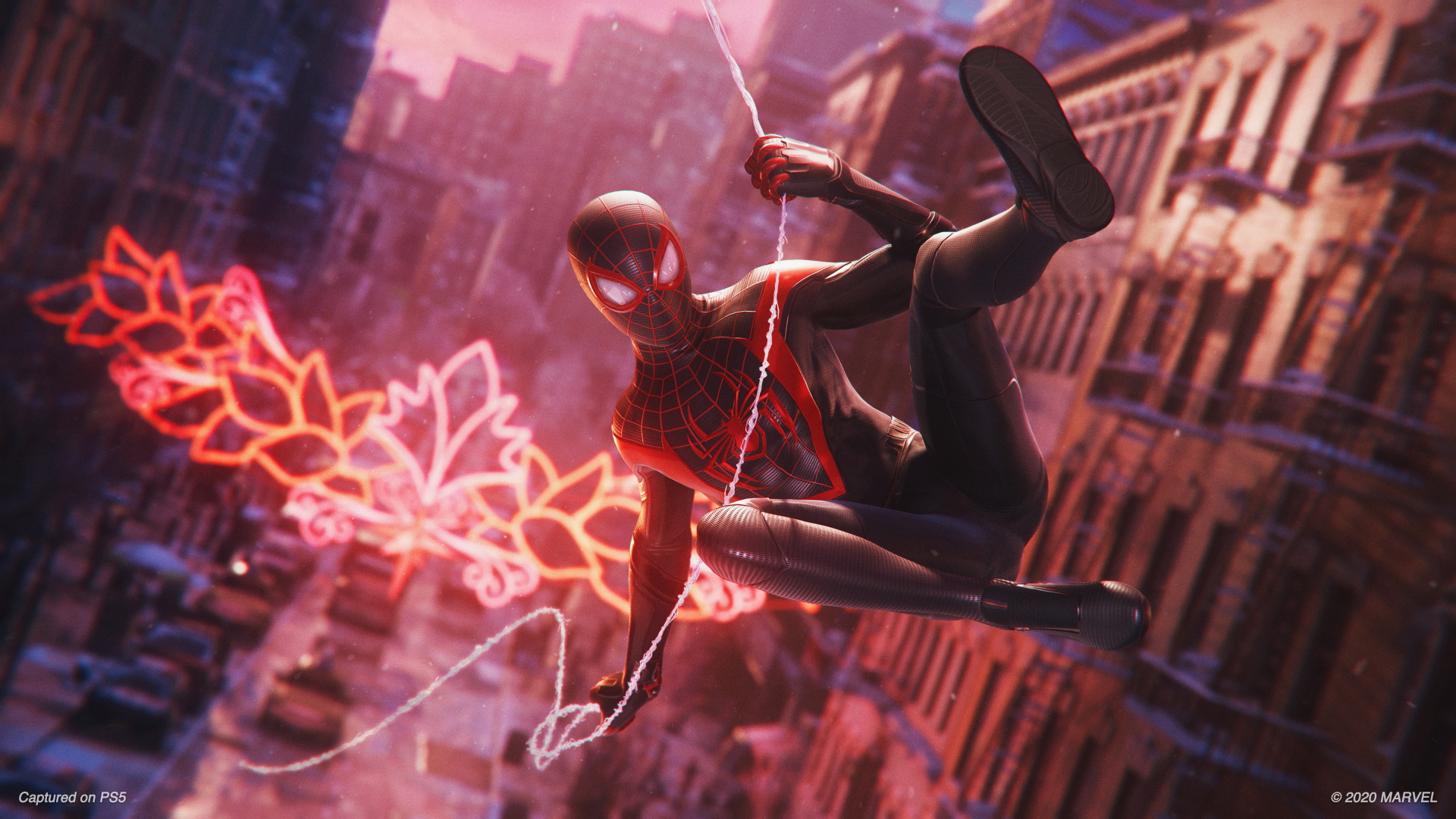 Where Spider-Man felt a little old fashioned, Miles Morales feels modern and slick. I only recall one instant-fail stealth section, and I’m pretty sure that was a side-quest dedicated to learning how not to be found. Here, stealth is an option: a major option, but if you mess up and need to go loud, that’s fine too. Indeed, I found myself thinning out numbers, but when the stealth felt difficult, I just beat the enemies into the ground. The combat just feels so incredible at times, you finish an encounter and almost need a breather to comprehend what you’ve just achieved. The incorporation of Miles’ venom powers into his finishers, too, is just another nice touch that shows off the visuals.

The side missions feel more organic, yet also quite gamified, too. You have a smartphone app dedicated to replying to friendly neighbourhood Spider-Man requests, but they’re impressively varied, and even when they’re not, you will get snippets of story that continue to show Miles’ growth, and how the people are changing their opinions on “the other Spider-Man”. There are the usual collectibles, but even these feel more fleshed out from a story perspective. In fact, only the crimes feel throwaway, mostly returning from the first game with the same ideas. 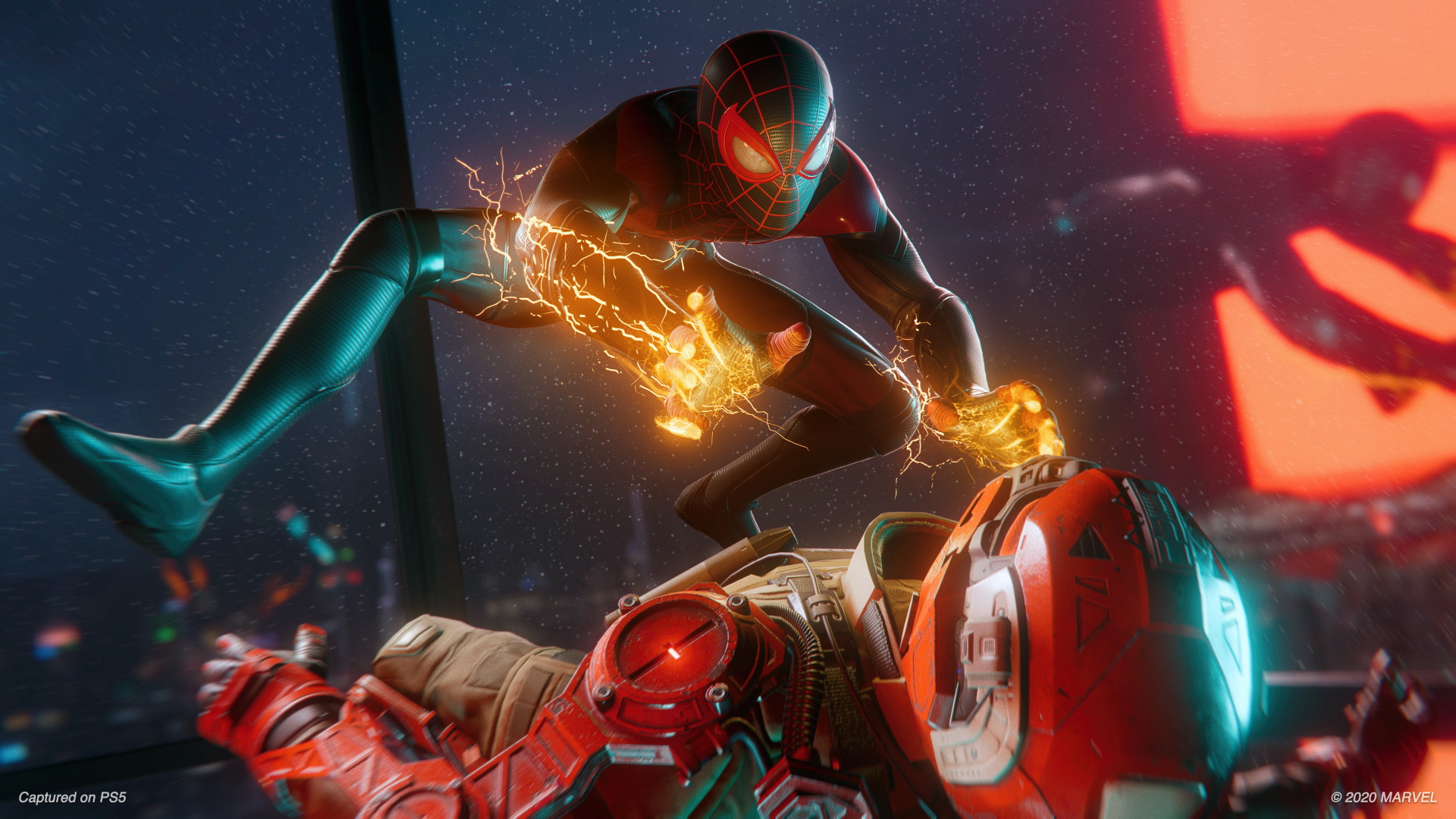 There’s no question it feels familiar in large parts, though. This is a Spider-Man game, after all, but it feels iterated upon in a good manner, and enough time has passed that it feels amazing to be whipping around the created world. Load times are non-existent, too. No, seriously, there are none. It loads from the main menu to your save game instantly, and fast travel is instant as well; the subway rides are gone: you just select a fast-travel location and the screen fades to black, then you’re walking out of the subway. That alone is a showcase of the PS5’s SSD capabilities, and it’s nuts to see in action. The DualSense controller haptics are used sparingly but well. Swinging around there’s a resistance that quickly becomes natural, and it’s impressive but something you’ll quickly feel like it was always there.

There’s very little to dislike about Marvel’s Spider-Man: Miles Morales. It’s full of heart and warmth, with an interesting story, brilliant combat, and breathtaking visuals and audio. Yes, it feels like a slightly shorter game if you mainline it, but try as I might I couldn’t ignore the side-content, and wanted every upgrade and every mission cleared. This is another home-run for Insomniac, and for Sony it’s a brilliant reason to get a PS5. An improvement on the original in every way that matters. Bravo.

A bit familiar to the previous title

Marvel's Spider-Man: Miles Morales manages to improve on the fantastic game that came before it. Insomniac Games continue to be on fire with perhaps their best game ever.