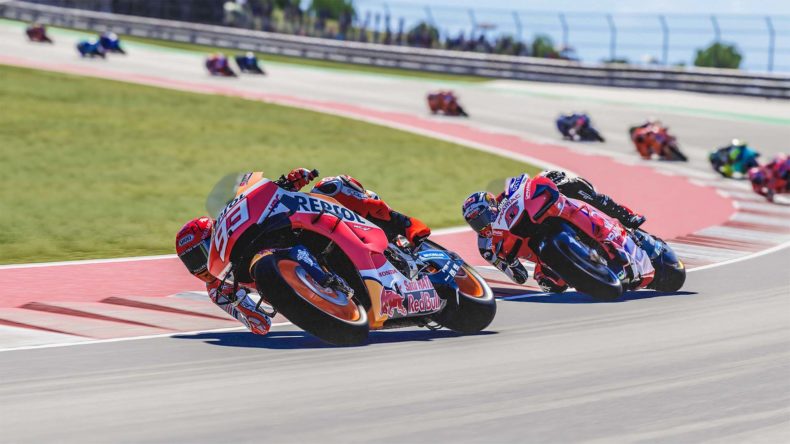 Much the same as the last iteration, Milestone’s latest licensed MotoGP 22 sim is – in a nutshell – and excellent effort. It has more than enough new about it to recommend it to fans of the sport, even if it is still unlikely to ensnare many newcomers.

The reason for this is that motorcycle sims in general are a pretty hardcore experience, and you have to have an affinity with the way the bikes work and how they handle; as in real life, riding a motorcycle is a very different proposition to driving a car. Motorbikes are explosively powerful, but also weigh the same as one and half Tyson Furys, and are just as difficult to control. If you try the same tricks here that have served you well on a Forza title, expect to fall off your steed regularly. 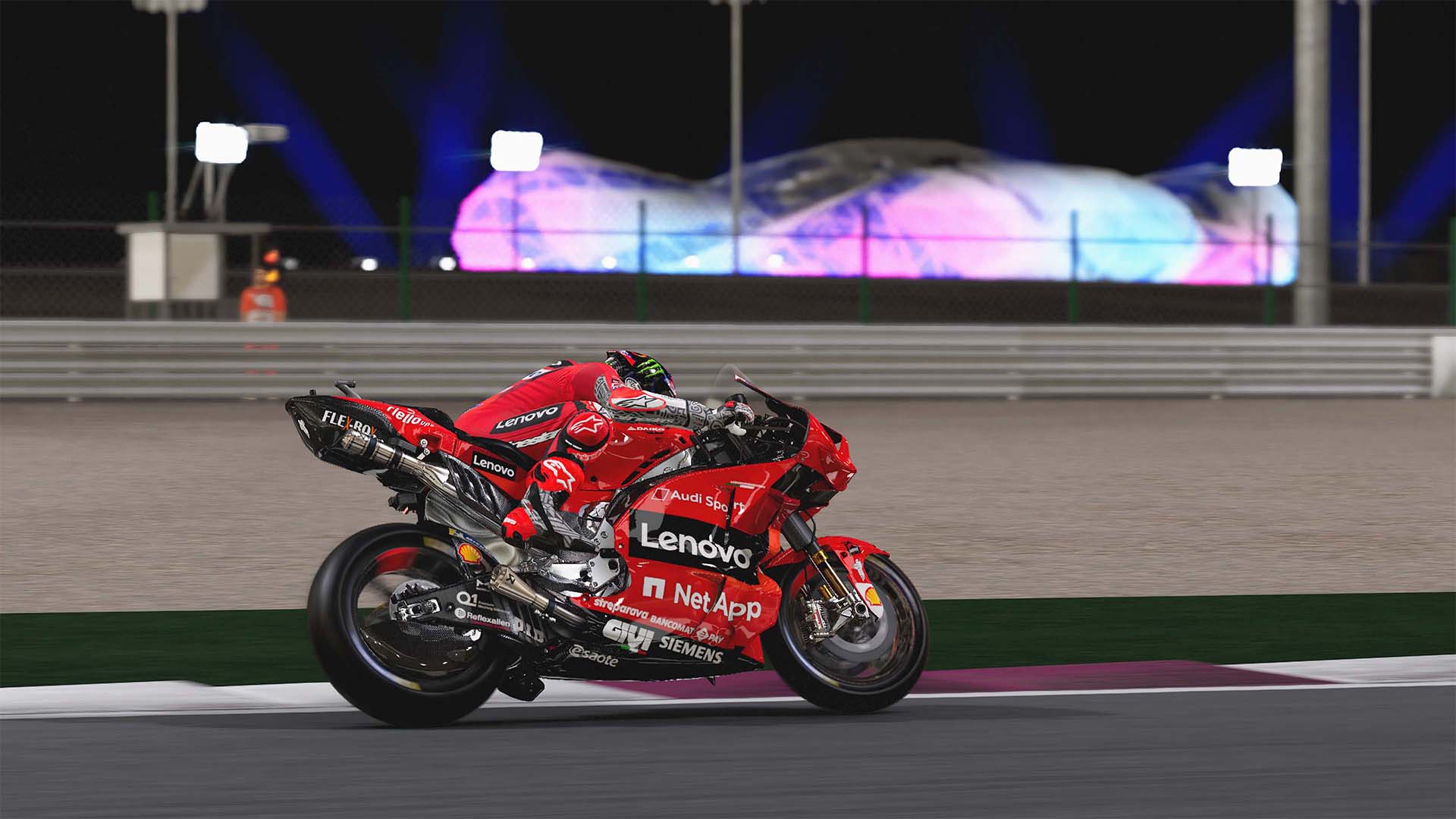 Unless you really go looking for it, the aesthetics have retained their functionality from last year without pulling up any trees. There are some nice new lighting effects and everything does look a bit sharper, with more pop to the colours and some improvement to the facial side of the participants. It is the racing stuff that has been given the most attention.

There are some subtle tweaks to the bikes themselves – with more attention to tire wear, fuel consumption, and the way the suspension system works and feels. The new Ride Height Device allows you to lower your centre of gravity in real time to boost acceleration. The actual track surfaces have also been overhauled. As with the last instalment, there is a fantastic tutorial mode that will help prepare you for what is ahead, with the new MotoGP Academy going into a great deal of depth to enable even the most bike-averse newcomer to be vaguely competitive in time. 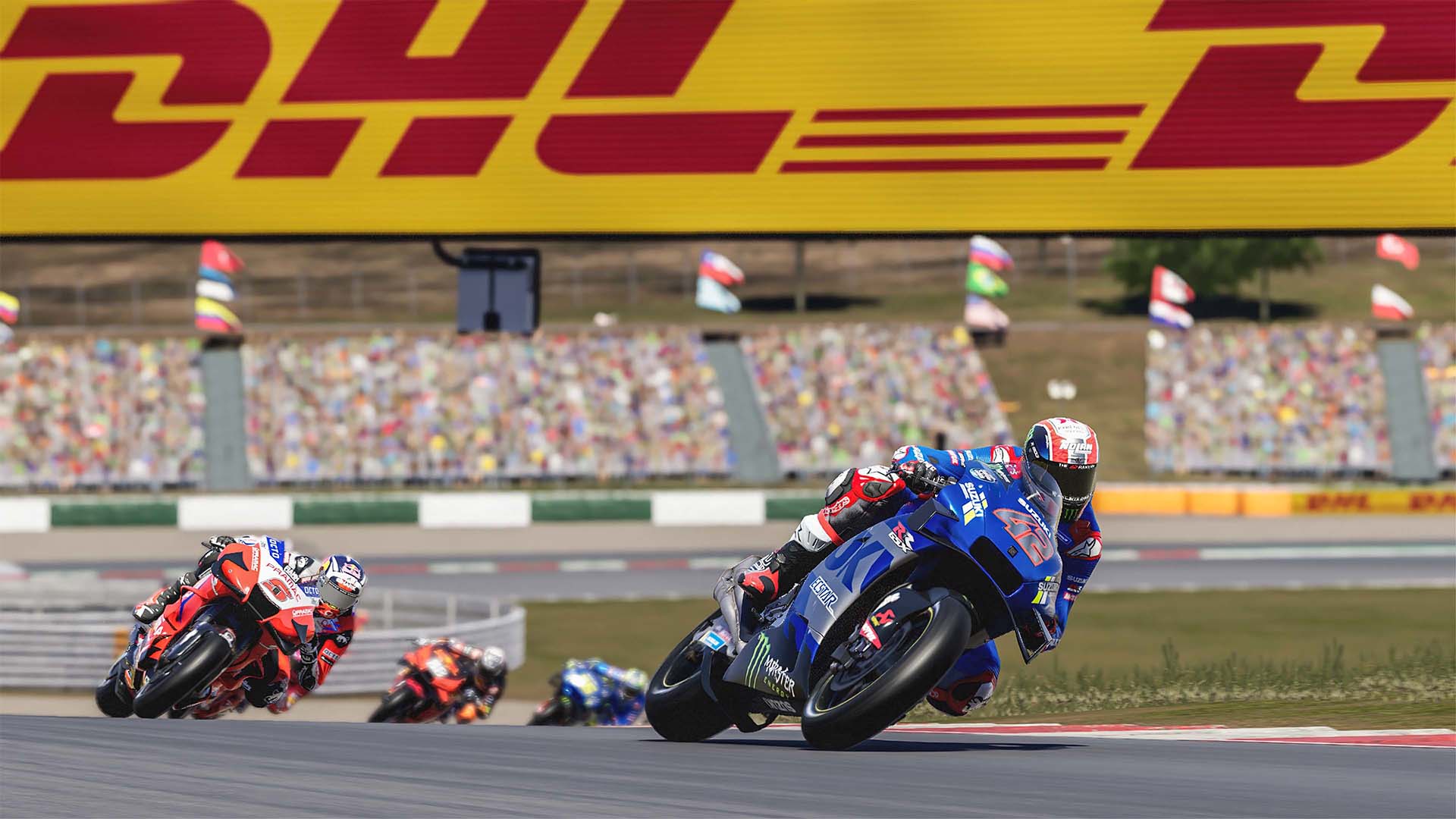 If you are still crap, there are lots of in-game assistance options to tinker with presented as mechanical adjustments, but don’t expect the same level of crazy minutae from RiMS. Once you are out on the track, there is also the now standard ability to activate a rewind sequence and correct mistakes. When it all clicks for you and you begin to grasp the fundamentals, it feels great. Absolutely flying past your rivals at a near horizontal angle on some mental bend, hell, there are few experiences in motorsport gaming as exhilarating.

As per usual, Milestone don’t mess around giving plenty of modes for you to play around with. The career mode is a satisfying trek from Moto 3 to the big lads, with a team building management sim thrown into the mix, a creation suite that enables you to fashion your own bike and gear designs, and of course all of the current riders and their associated liveries are accounted for within the main game. New to the already huge line-up of licensed tracks come the somewhat uninspiring Mandalika from Indonesia, and the chance to try out the new Spielberg Red Bull Ring before the actual real pros get to test it themselves! 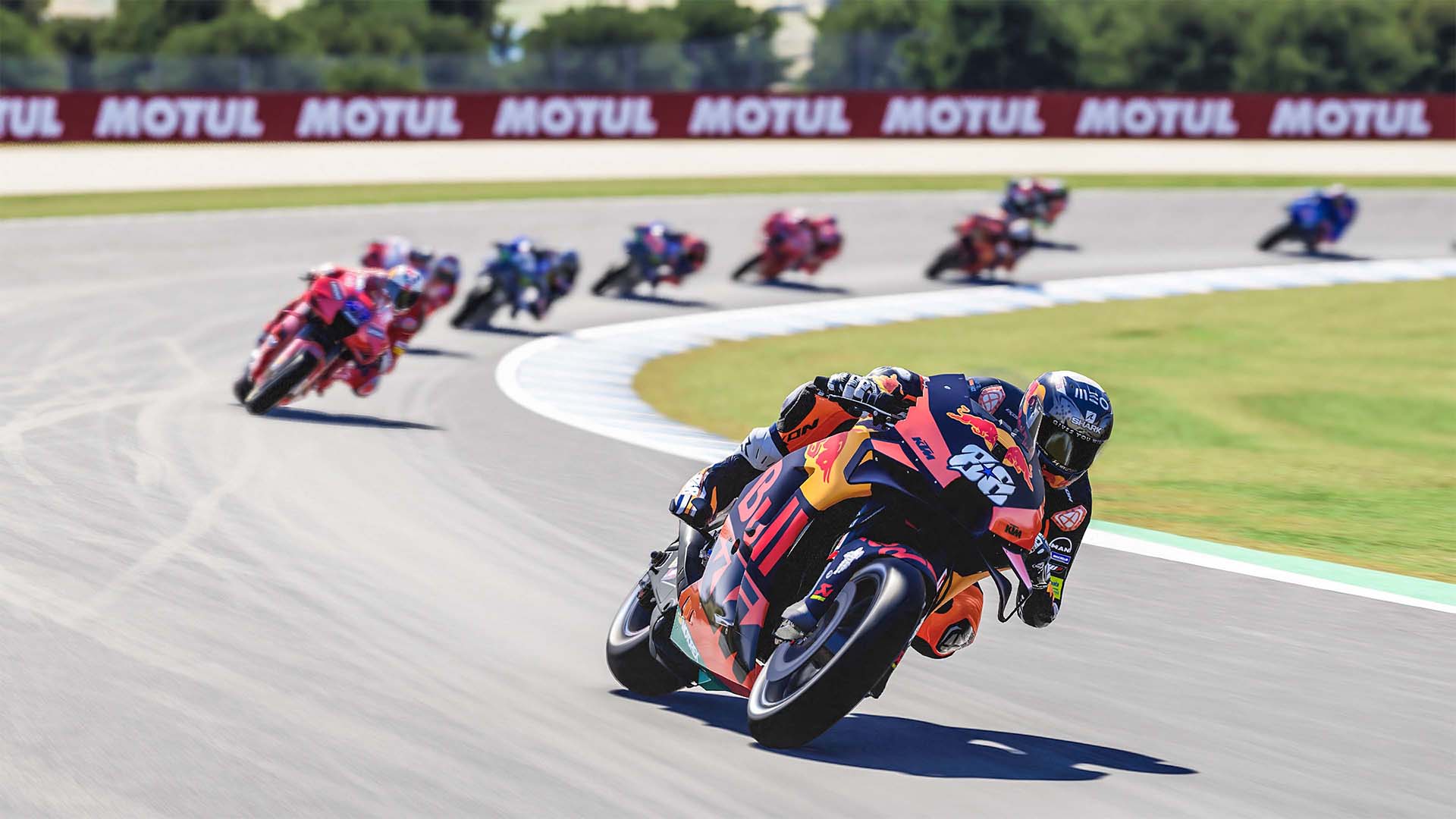 I never thought I would equate a motorbike sim to World Wrestling Entertainment, but just like the cinematic Rey Mysterio throwback in the recently release WWE 2K22 game, Milestone have winningly used history and nostalgia to stunning effect on their NINE: Season 2009 mode, which tells the story of the legendary 2009 MotoGP season. Filmmaker Mark Neale, who has form for motor racing documentaries, as well as a superb documentary about cyberpunk godhead William Gibson, has done a fine job of helping Milestone splice footage of the events with sections where you take control of key moments of the action.

It is gripping stuff and expertly chronicles an enthralling time in the sport, where with the exception of the British GP, the grands prix were shared between Spaniards Pedrosa and Lorenzo, plucky Aussie Casey Stoner, and eventual victor and the most well known man in the sport, even today – Italian heartthrob Valentino Rossi.

In a nutshell, you get an improved experience all round with MotoGP 22 – graphically it doesn’t advance as much as I would have liked, and it is still hard as nails – but the nostalgic documentary mode and solid raft of modes makes this a crucial purchase for fans of two wheeled racing.

NINE is ace
Loads of modes
Tutorial mode is super

Still tough as hell
Graphically not much improvement on last year

You get an improved experience all round with MotoGP 22 – it is still hard as nails, but the nostalgic documentary mode and solid raft of modes makes this a crucial purchase for fans of two wheeled racing.