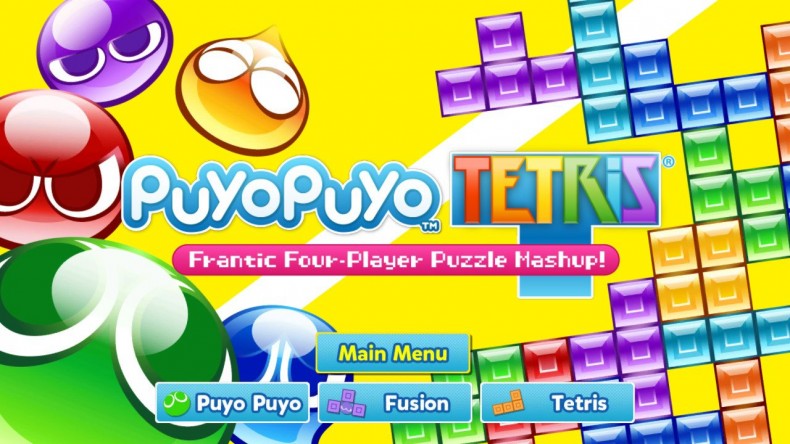 There are some games that just won’t ever be localised. Being a fan of Japanese games and owning multiple platforms always has me looking at what I can import next. Rhythm games are often safe bets because you mostly just need menus translated to play. Puzzle games are also import friendly. In fact when my friend visited Japan last year, I asked him to get me Puyo Puyo Tetris on Vita and have enjoyed the heck out of it.

SEGA surprised everyone by announcing Puyo Puyo Tetris would be localised for both PS4 and Nintendo Switch and I’m glad it took a chance on this. I’ve spent far too much time replaying stages in adventure mode or just taking a break from Zelda with games like Puyo Puyo Tetris and The Binding of Isaac. These games shine on portable given their pickup and play nature. There’s a lot of content in this package and it is split up into various game modes. An adventure mode that’s split up into acts with multiple levels in each act, and a solo arcade mode makes up the biggest single player modes. There’s also the ability to directly get into a game of Tetris, Puyo Puyo, or Fusion as soon as you boot up without even getting into the main menu, which is useful for just getting a quick game in on the go. There are multiplayer arcade and online modes for the social side of things, but other than that there’s an options area where you can buy visual changes or audio changes to the game and a lessons section that teaches you how to become a master in both puzzle formats and even fusion.

If you think you know Tetris, some of the high level plays I’ve seen will make you do the whole crying in the shower thing. There’s a ton of new things to learn and that isn’t even scratching the surface of Puyo. Learning to chain combos took a while and I’m still in awe at how some of the Japanese players online are playing right now. The story mode plays out like a visual novel or like a story mode in a fighting game. Every character is dubbed and the story isn’t as filler as say the likes of Persona 4 Arena Ultimax but I wish it was better. In a lot of cases dialogue is just a means to an end to get into a battle or into a new level. Characters from the Tetris and Puyo Puyo universes meet up and are trying to figure out what is happening and why tetriminos or Puyos are in the other universes. If you don’t care about the characters, you can skip to the actual puzzle stages in each act. Each of these is different and some of them are incredibly hard. Heck, I spent 20 attempts on one of them even though there’s a “Help Mode” that lets you skip a stage if you fail too many times. Clearing the adventure mode will unlock new characters for use, credits, and more. Suketoudara and O get special mentions as my favourite characters in Adventure mode.

Adventure Mode stages are just modified versions of the Solo Arcade modes with characters in the story so you do experience the likes of Big Bang, Challenge, Swap, Party, and Versus there. Big Bang is interesting because it relies on speed and reflexes for Tetris but on the Puyo side of things you also need to know how to chain things. The party mode is a modified versus mode with items and infinite lives. My favourite mode is the Swap mode. This has two games going on at the same time and you switch between your Puyo board and your Tetris one with the timer. I played online against people across the world during the pre-release period and didn’t face any disconnection or lag. Everything worked really well aside from me getting my ass kicked multiple times. Puyo Puyo is a lot harder than Tetris so get ready to spend some time learning and practicing.

Everything is colourful and character portraits look nice. While not too flashy, the interface is functional and well animated. I really like the in-game store that lets you buy a new look for tetriminos or Puyos. I immediately bought the retro and classic styles for use in game. Speaking of the interface, since adventure mode plays out like a visual novel, I love having the option of progressing dialogue by tapping the Switch screen; in fact the full interface is touch friendly. Voice acting is mostly good but a few of the character voices made me skip to the battle immediately. There’s an option to buy alternate voices using in game credits but no way to preview this before buying which is annoying. Having different arrangements of the Tetris theme play is a nice touch. I wish the voice that screams SEGA and Tetris on launching the game was randomized because it is funny listening to O say “PI-PI” to the tune of SEGA when you leave the game idle on the main menu sometimes.

Puyo Puyo Tetris is an easy recommendation for puzzle game fans and even with the sub par story in adventure mode. It is an essential purchase on Nintendo Switch with its great multiplayer modes and lovely pick up and play convenience for the few modes I kept going back to. It has a few flaws in the single player side of things that hold it back from being a much better overall package.

Adventure mode story is weak
Some voice acting is grating

Puyo Puyo Tetris is a great puzzle mashup game with loads of game modes and a robust online mode offering a fun experience.