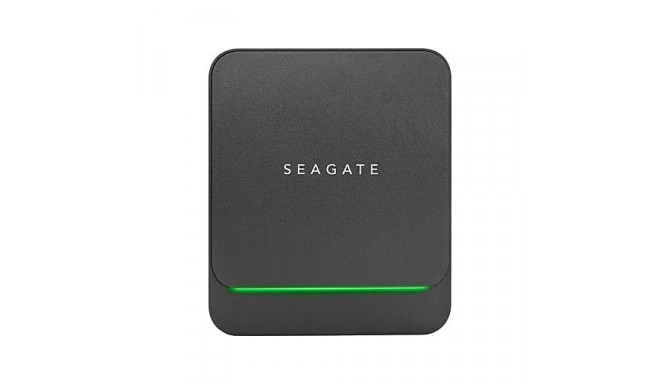 Whether we like to admit it or not, for most average folk who aren’t highly knowledgable when it comes to rapidly evolving technology, aesthetics play a massive part in the tech we choose to integrate into our set-ups. Look at the huge boom in RGB lighting, where now even budget models of headsets and gaming mice are shoehorning in LED lightshows to shift more units.

But there’s certainly merit to it. For a start, it makes cheaper things look more expensive and expensive things look like they’re worth the money – even if there are cheaper, or better, alternatives around. Case in point is the BarraCuda Fast External SSD from Seagate. Understand that I’m not knocking this device: I’ve had it set up as a secondary drive to store archived game footage and such for a few weeks now and it performs very well. It also comes in a variety of sizes (500GB, 1TB and 2TB) to suit your requirements. 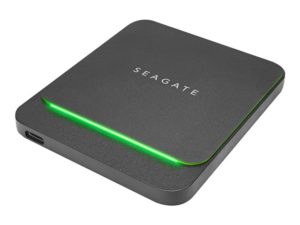 The caveat here is that if you’re paying full price for it, you might be better shopping around a little first. I mean, yes, it is pretty fast, that much is true, offering and mostly delivering read/write speeds of 540MB/s, but it uses SATA tech, which is something Seagate themselves are slowly phasing out with the faster and more reliable NVMe. It depends, perhaps, what you intend to use the BarraCuda for, but if you’re planning on transferring large files or games upwards of 10 – 20gb, you may find it struggles to match some of Seagate’s own newer, similarly-priced alternatives – not to mention slightly lower-priced devices from other brands. Also, at around £240 for the 2TB model, it’s quite expensive considering it’s technology that will largely be left behind in a few years.

But, it’s still a decent device for most set-ups, since not every PC (and very, very few laptops) can even support some of the speeds current SSDs offer. It’s also good-looking: a small, slim, square design with a single strip of green LED when in use. It won’t take up much space anywhere on a desk or work station, and handily connects to standard USB 3.0 ports. It’s a pretty SSD and yes, it is fast, but you can get faster alternatives for a similar price, which makes the BarraCuda Fast External SSD a more difficult sell than it should be.