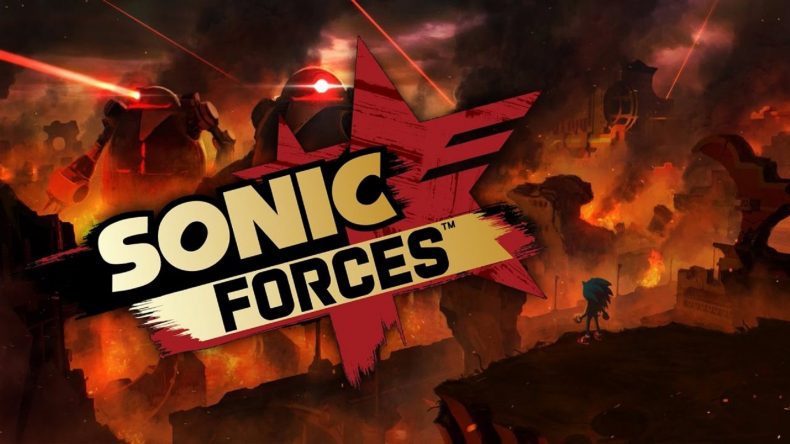 Honestly, there has been only one good 3D Sonic that I’ve played and no, it wasn’t the hideously buggy and poorly-designed Adventure games; it was 2011’s Sonic Generations. It brought together new and classic Sonic, literally as both characters were playable in their own game styles, and did a fairly decent job of mixing the two. New Sonic was less about full 3D movement and was almost on-rails, with Classic Sonic sticking to the side-scrolling fun of the original games, and that’s exactly what Team Sonic has aimed for again with the sort-of-sequel, Sonic Forces. Let’s face it, very few people had high expectations for Forces, but the narrative was set very early on that it couldn’t possibly be good (about the time Sonic Team showed off the new character creator) and that mentality stuck. I could talk for hours about this ridiculous part of today’s gaming culture, but that’s not why I’m here. I’m here to talk about the fact that I really rather enjoyed this new Sonic outing. It doesn’t start off too well, it must be said, with some awkward transitions and a bizarrely dark war setting, but around three or four levels in it really began to click.

Eggman isn’t kidding around in Sonic Forces’ story, as it begins with his new creation actually defeating Sonic, kicking off a world domination plan that has Sonic’s friends forming an underground rebellion as Eggman conquers the entire world. These rebellious friends include your very own custom character, known as the Rookie, with results varying from quite fitting anthropomorphised heroes to monstrosities that will haunt your nightmares for weeks, depending on the mentality of each player. Mine was a yellow dog with big floppy ears, whose outfit changed multiple times throughout my playthrough as I unlocked more and more new items. She also had a weapon, known as a Wispon, which could also be customised via unlocks. To be honest, I never found one better than the flamethrower I started with, but others clearly enjoyed others, as I found out later. This is because of the SOS missions that appear if you’re playing online. These will ask you to go back into a previously-finished level to either rescue animals from a metal container like the ones from the original games, or simply to finish the level again, gaining you points and new unlocks for your custom character. Sometimes these levels will give you control of other players’ characters, enabling you to get a taste of new Wispons and even to see if you can improve the rating you received the last time you played the level.

The levels themselves are gorgeous to look at, filled with bright colours and stunning backdrops. Be it Eggman’s giant robots laying waste to cities, or a space battle taking place as Sonic grinds his way over rails and jumping onto fighter ships, everything has a sense of spectacle about it. Weirdly, it’s actually Classic Sonic’s levels that are the slowest of them all, allowing a brief respite from the chaos of New Sonic and the Rookie’s hyperspeed missions. Everything runs nice and smoothly too, but it also gets a bit hectic during some of the faster levels, and if you jump at the wrong moment you can miss a mandatory spring and simply fall to your death. This does tend to happen a bit too often, sometimes feeling like levels require you to fail in order to learn its layout, which feels wrong when you consider that retries affect your level rating. That said, it rarely affected my enjoyment of said levels.

It’s easy to come into a game like Sonic Forces and deride its overly silly voice acting and cheesy dialogue, but I’m an adult and this game is not necessarily aimed at me. People often forget that these games are aimed at a younger audience, 7 and up in this case, and for those kids it’s great. You’ll just have to suffer through the first bits with the ill-advised tales of war that just aren’t suitable. I did love the music though; catchy and energetic, it perfectly fits the tone of the game and the speed and excitement of each level.

Far from being the usual mess of most post-16-bit games featuring our little blue friend, Sonic Forces is probably the best modern Sonic game out there. It takes the formula laid out by Generations and tweaks it, admittedly with mixed results, but ultimately it’s a step in the right direction and it can be damn fun at times. All that remains is for folk to give him a chance.

Despite its weird, war-focused beginning, Sonic Forces turns out to be a fun return to form for Sonic Team.