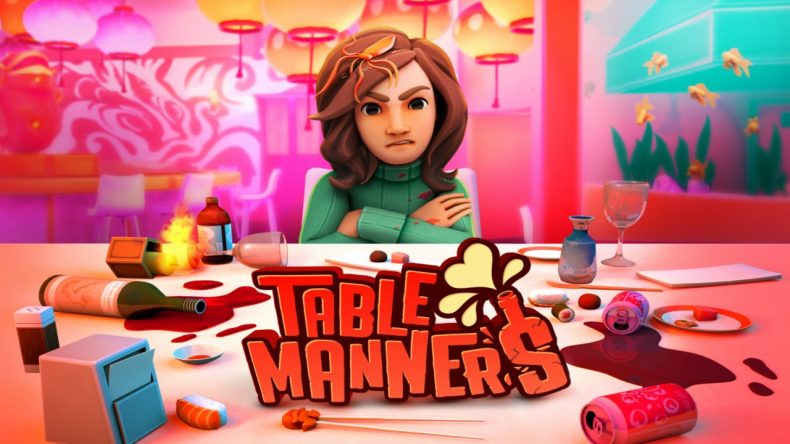 I’ll admit it’s been some time since I last went on a proper date. Having been with my wife for the best part of 16 years, the perils and pitfalls of modern courting are somewhat lost on me, and yet I still know without a shadow of a doubt that one thing you can’t do on a date is empty the entire bottle of house red onto the other person’s lap and expect to call it a success – unless you’re playing Table Manners, that is.

Ostensibly a “dating” simulator, Table Manners is the most non-VR VR game ever, and sees you not engaging in small talk and casual innuendo, but following the brazen demands of your date to the letter or else suffering the confidence-shattering penalty of a slightly pouty shrug before an explosion of rage punctuated by them slamming a fist down on their bucket of fries.

It’s a weird game, if I’m honest, and one that I failed to click with. Not because I don’t date but because no one who dates behaves like the characters in Table Manners do. It’s kind of like Surgeon Simulator only not funny, because you can’t even elicit real reactions from your dates and the physics are deliberately frustrating, yet not entertaining. In the first level you’re first asked to light the candle using the matches already spilled carelessly onto the table by the non-existent staff. Despite the box being there, you don’t need to strike the match; it just lights when you pick it up. I then blundered around the table a bit thanks to the clumsy controls, and completely failed to set anything else on fire accidentally. What’s the point in giving us fire if we can’t bloody play with it? I thought I’d lose points for setting the rose on fire, but you can’t. I thought I’d get a reaction if I threw the burning match at my date, but I didn’t. She just shrugged and asked if they had brownies.

This was a prompt, by the way, to pick up the brownie that had been sitting next to her the whole time and pass it to her via the face, whereby she didn’t playfully take a bite, but sat there blankly until it disappeared with a ding. She then requested that I salt and pepper her steak, pour her wine and add ketchup to her meal. I felt like I was caring for someone as opposed to dating them. There’s no conversation to be had, and no dialogue trees except between the dates when they text you, and one wrong response gets you blocked.

I fail to see why anyone would play a dating simulator with all the emotional feedback of a pigeon-feeding sim. If you take away the irritating list of demands, all you’re really doing is throwing food at a personality-free, blank slate to stop them very slowly getting angry with you. Everything about Table Manners suggests it was designed as a VR game, from the control scheme and concept to the graphics, which are low-detail, but bright and cartoony and mostly charming. I can also only assume the main character has one arm in a sling since you have to do everything with one hand, though, which is irritating but deliberate. There’s a modicum of fun to be had when you’re trying not to spill stuff, but as soon as you realise that no matter what you do, you’re not going to get a reaction unless you either pass the date or fail it, the fun is gone. You can screw up with a blowtorch and light the table on fire, but it never leads to anything but the date leaving. If I could set fire to the whole restaurant, or accidentally bad-mouth my date’s job, or lose my temper with the waiter or… something, I don’t know, anything to make the game feel like an actual game that would be something.

Ultimately Table Manners is seemingly designed for people who want to experience extreme frustration at the same time as extreme boredom until extreme disinterest takes over instead. I feel like it was a game built for streamers who’s audience would fall in love with the slapstick comedy, only the devs forgot to put the slapstick comedy in the game. It’s disappointing and frustrating at the same time, and feels like a bit of a wasted opportunity to make something fun and different and entertaining. If this is an accurate simulation of modern dating, I’ll stick to take-out, thanks.

Table Manners is disappointing and frustrating at the same time, and feels like a bit of a wasted opportunity to make something fun and different and entertaining