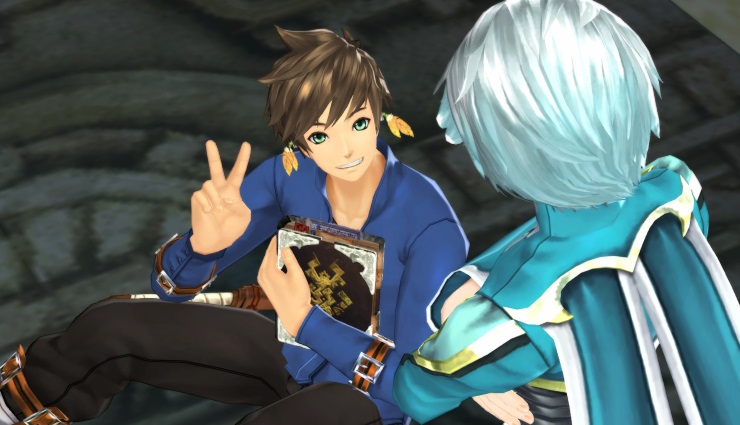 Tales of Zestiria is a beautiful game, full of childlike wonderment and excitement; its characters have big hearts and great personalities, meaning you feel like you belong, giving you a great sense of acceptance. Its open-world can be a vibrant and kind one, not full of decrepit buildings and violent, mutated monsters, and its accessible battle system and character progression isn’t bound by such shackles. Tales of Zestiria is an adventure that you can’t miss out on; it is full of heart and soul, reminding you that video games don’t always have to be serious, overtly violent, dark and highly sexualised.

In Tales of Zestiria, you follow Sorey, a human wunderkind in his quest to stop the threat of an evil race of creatures called the Hellion (they feed of the negative emotions of humans, which I found to be a smart concept), all while trying to find a way to unite humans with a mysterious race known as the Seraphim. The Seraphim, or Seraphs, raised Sorey, so it’s only natural that our titular hero wants a bit of unity and friendship in his life. As the story progresses, you leave your home to embark on an epic quest that sees you encounter many different characters that will either help or hinder your progress along the way. Mikleo, your ‘brother’, helps you from the moment you start the game, with other Seraphs like Edna and Lailah meeting you later on. After a relatively lengthy introduction/tutorial segment, you will start to really fall in love with the world. The stunning game design is centre stage as you explore every nook and cranny of Tales of Zestiria’s beautiful landscape. From the character design to the bright and colourful environments, it is clear that Bandai Namco know how to appeal to their audience. Tales of Zestiria’s art director, Minoru Iwamoto has made sure that every detail and colour fits with the traditions that made the Tales series so successful, managing to bring its massive world to life. As for the stunning opening to the game and subsequent cut scenes, Anime studio Ufotable have done a remarkable job. The design in each set piece really brings out the personalities of the characters, and the diversity in its colour palette mean that you feel a great sense of warmth and familiarity as you watch. The theme song is one of the best for a JRPG; ‘White Light’ by Superfly has been stuck in my head from the moment I heard it.

Speaking of music, its score is a masterpiece. Two previous composers for the Tales series have returned to make one of the most powerful and diverse soundtracks I’ve ever listened to. Whether you’re fighting the Hellions or having a poignant conversation with one of your friends, there is a piece of music that perfectly complements it. Sakuraba and Shiina have done the series proud, and no one could ask for a better tribute to 20 years of Tales games. Unlike previous titles in the series, the fighting blends in with the exploration, meaning there are no special battle animations or breaks in play. Instead, you fight right there and then, giving the game a fluidity and realism that has been absent up until now. During these fights, you have the option to give your party a range of tactics. Battle actions can be assigned to help in the thick of it, allowing you to use skills like auto guard and snipe charge to assist automatically. As you gain AP (which can be done by levelling up, finding monoliths and locating discovery points) you’ll unlock more battle actions and these will help to give you the edge, especially as you come up against tougher opposition.

Another great feature at your disposal are the Artes. Returning from previous Tales games, different characters can use these Artes (including Hidden, Martial and Mystic) that give your team a plethora of special moves that wear down your enemy. You can’t simply press the Artes button constantly because it decreases your Spirit Chain (SC) and wears you down, giving the enemy the perfect time to strike when you’re vulnerable.

The ‘Armatization’ feature allows you to invoke the power of the Seraphim. Whether you are playing as Rose or Sorey, the chance to fight as a perfect hybrid of human and Seraph is a real highlight of Tales of Zestiria. You will unleash hell on your enemies with a new range of attacks that harness the power of the elements. For me, using this option came too easily and the chance to fuse my human with a Seraph became far too commonplace; it isn’t much of a negative, but I felt that the game maintained a steady level of difficulty that never truly tested me. There are no skill trees in Tales of Zestiria; instead you can assign different skills to your weaponry and attire. You can add up to four skills to each item, and in time you will find and earn different skills that help to improve your set up. There is a lot for you to think about in Tales of Zestiria, but it never feels overwhelming. Once you get into the swing of things, you won’t think twice about changing your outfit or skill tree to accommodate newly acquired items or abilities.

Tales of Zestiria is a great game that gives you a warm and fuzzy feeling in the pit of your stomach. The story is gripping, the characters are surprisingly fleshed out and the open world feels alive. Some of the dialogue is great and gave me plenty of laughs, whether it was due to genuinely good writing or some sentiments that get lost in the translation – it doesn’t really matter; hearing someone shout “crafty bugger” made me laugh out loud and the game is full of other great lines. Along with some framerate problems (mainly when entering a new area), my only real issue with the game is the difficulty level; I found it relatively easy throughout and there wasn’t a point in the game I particularly struggled with. Regardless, I still thoroughly enjoyed Tales of Zestiria and recommend that you make time for this hoot of a JRPG.

Friendly and welcoming characters.
Music that flows and hits the emotional beats.
A fresh new entry into a long running series.

Tales of Zesteria is a fitting tribute to twenty years of the Tales series, giving you one of the greatest JRPG adventures in recent times.