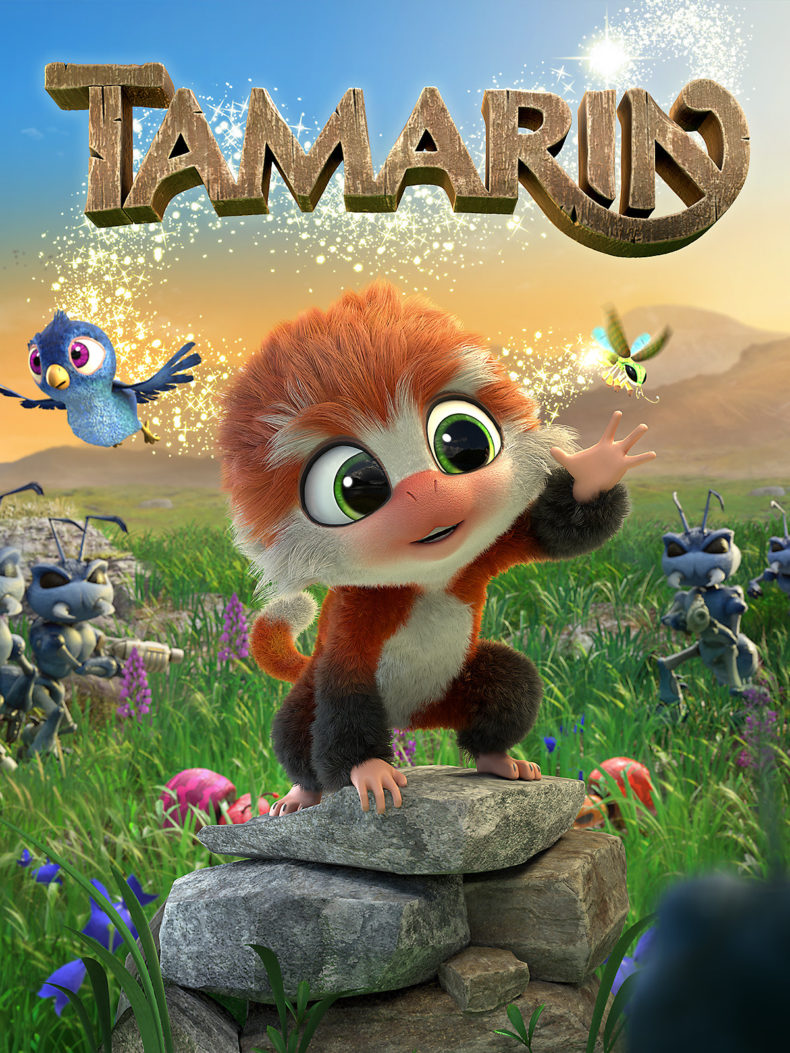 Nostalgia is a hell of a drug. It’s the reason we get countless remakes and remasters of classic games every year. In a year packed to bursting with the Final Fantasy 7 Remake and the recent Tony Hawk’s Pro Skater 1 + 2, 2020 has shown us that playing to nostalgia can yield some incredible experiences. Obviously giving an older title a new lick of paint is going to appeal to its fans, but the power of nostalgia can also be applied liberally to new games. Tamarin definitely knows this, in a game that stars (you guessed it) a Tamarin monkey.

The unnamed Tamarin that you play as is having a rough time of it. Its home has been burned to the ground, thanks to an army of ants that are laying waste to the lushious plains and mountains of the world. Our monkey hero isn’t going to take this lying down, and after a hedgehog casually gives them an Uzi, you and Tamarin are ready to mount a resistance and blast some bugs.

There are two types of gameplay in Tamarin, in the form of platforming stages and shooting stages. The shooting stages are where the aforementioned nostalgia comes in, as they are heavily inspired by the Rare classic Jet Force Gemini. Heavily inspired isn’t too much of a stretch either, with every element of the early third person shooter gleefully on display here. You fight blue ants (and can shoot their limbs off) have to rescue cute critters (that can be accidentally gunned down) in each stage, and even collect the same guns in the same order early on. Every enemy type, weapon and even door switch is beyond reminiscent of the Nintendo 64 title. 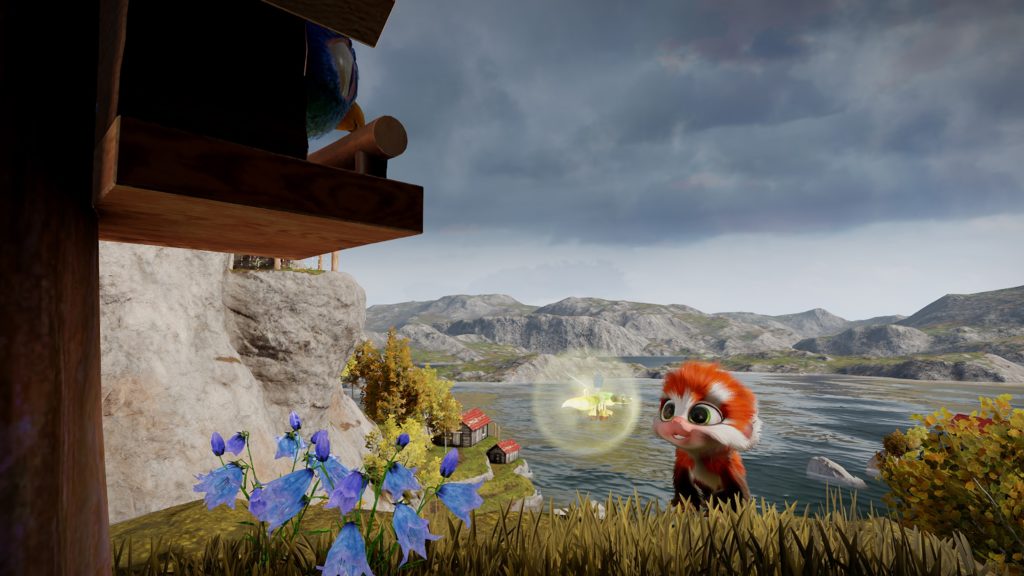 As it isn’t a game that is regularly referenced, I actually really enjoyed playing a modernised version of the Sci-fi classic’s gameplay. The third person controls are certainly on the stiff side though (making the game feel even more retro) with lock on required to stand a chance of hitting a foe. If you didn’t spend time with Juno, Vela and Lupus back in the day, shooting ants in Tamarin will likely feel dated, but these stages filled me with nostalgic joy for a game I didn’t even know I remembered fondly.

In the platforming stages of Tamarin, you’ll hand your weapons back to your prickly friend for safekeeping and bound around for a good old fashioned collectathon. You’ll need to collect fruit to spend on new abilities, and catch fireflies to unlock new locations. The large open areas you have to explore are all interconnected, with multiple ways to move between areas so you can backtrack with your new abilities to find more precious collectables.

Alongside the usual jumping and high jumping you might expect from a 3d platform games, Tamarin can also lock onto certain ledges to instantly spring over to them. Navigating the world rarely feels like a chore, and I had a lot of fun exploring every nook and cranny trying to gather all the fireflies I needed. 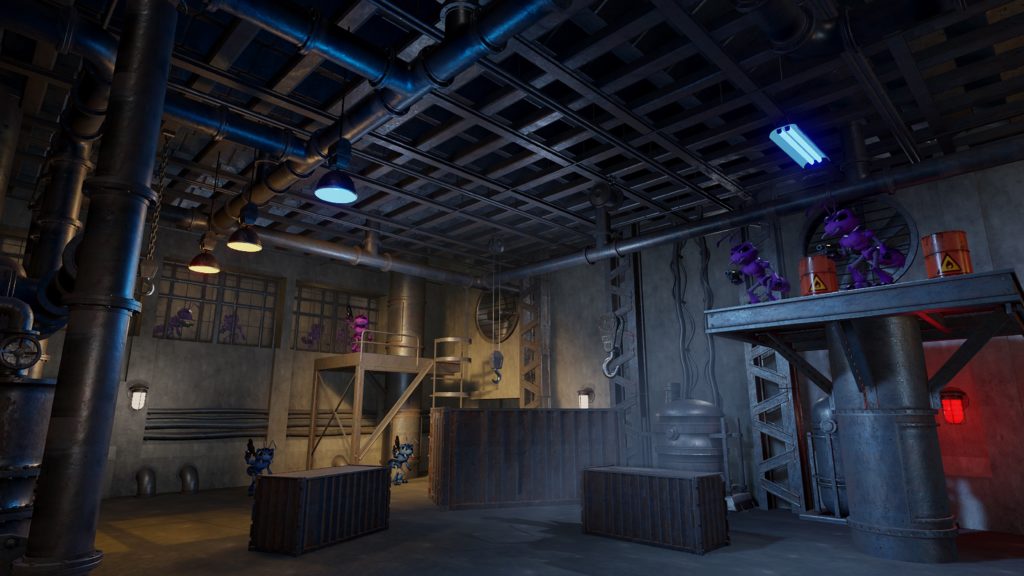 Fireflies can be found in all sorts of locations, and it’ll take all your platforming prowess to catch them. Some will be at the end of a long and treacherous platforming obstacle course, some require you to collect coins before a timer runs out, and some are hidden in easy to miss secret areas. If you’ve played a collectahon platformer before you know what to expect, and will soon be competantly gathering bugs faster than you can say Banjo Kazooie.

A mascot platform game would be nothing without its mascot, and I can’t decide how I feel about the titular Tamarin. The fluffy fella is oddly devoid of life, and I struggled to figure out if they were cute or creepy as we explored the Fjord together. The aesthetic of the game isn’t really worth writing home about in general, with the exception of the gun totting ants that were always cool even in the 90s.

As much as I enjoyed my time with Tamarin, it has undoubtedly clung to some dated design decisions. Checkpoints are few and far between, so if you run out of health or accidentally shoot a bird you needed to rescue, you’ll lose a ton of progress. 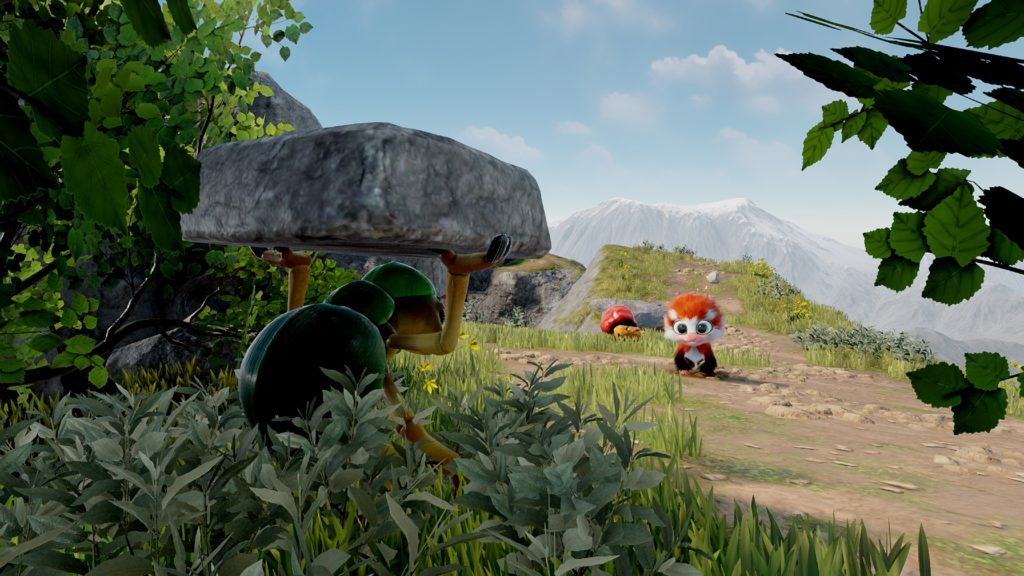 If you’re hankering for an old fashioned platforming and shooting adventure, chances are you’ll love Tamarin. It’s design is definitely dated, but if you love blasting bugs and collecting items then Tamarin is packed full of colourful doohickeys to gather.

Although a little dated in design, Tamarin is a ton of fun for fans of good old fashioned Collectathon platformers.