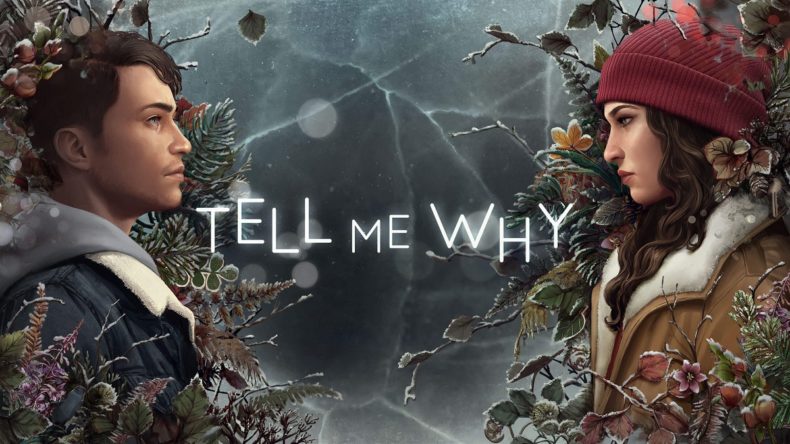 As Tell Me Why opens up with a young girl being spoken to by the cops about a traumatic event, it’s clear that DONTNOD has taken a darker approach this time around. Although the circumstances surrounding the murder of the young girl’s mother aren’t apparent, we’re told that this child was responsible. Episode One starts ten years later, and things have changed quite a bit. The girl we saw moments ago is now transgender, and he is about to reunite with his twin sister after spending the last decade in juvie. Like Life is Strange, you begin to unravel the secrets of the twin’s past, who their mother really was, and how special their sibling bond is.

It is this bond that also acts as a mechanic. Between scenes of dialogue and exposition, you can view memories by ‘sensing’ them, as well as communicate through each other’s minds without saying a word. When Tyler and Alyson were younger, they used to create stories of fantasy and magic, playing in their childhood home to kill boredom, much like any siblings would’ve done. What starts to unfold is why Tyler’s seemingly crazy mother might not have been so unhinged. You’re given the impression that Mary-Ann was against Tyler’s struggles with who he was. His transition from girl to boy was despised by his mother, or that is how Tyler saw it, but things come in to play that show this might not have been the case. 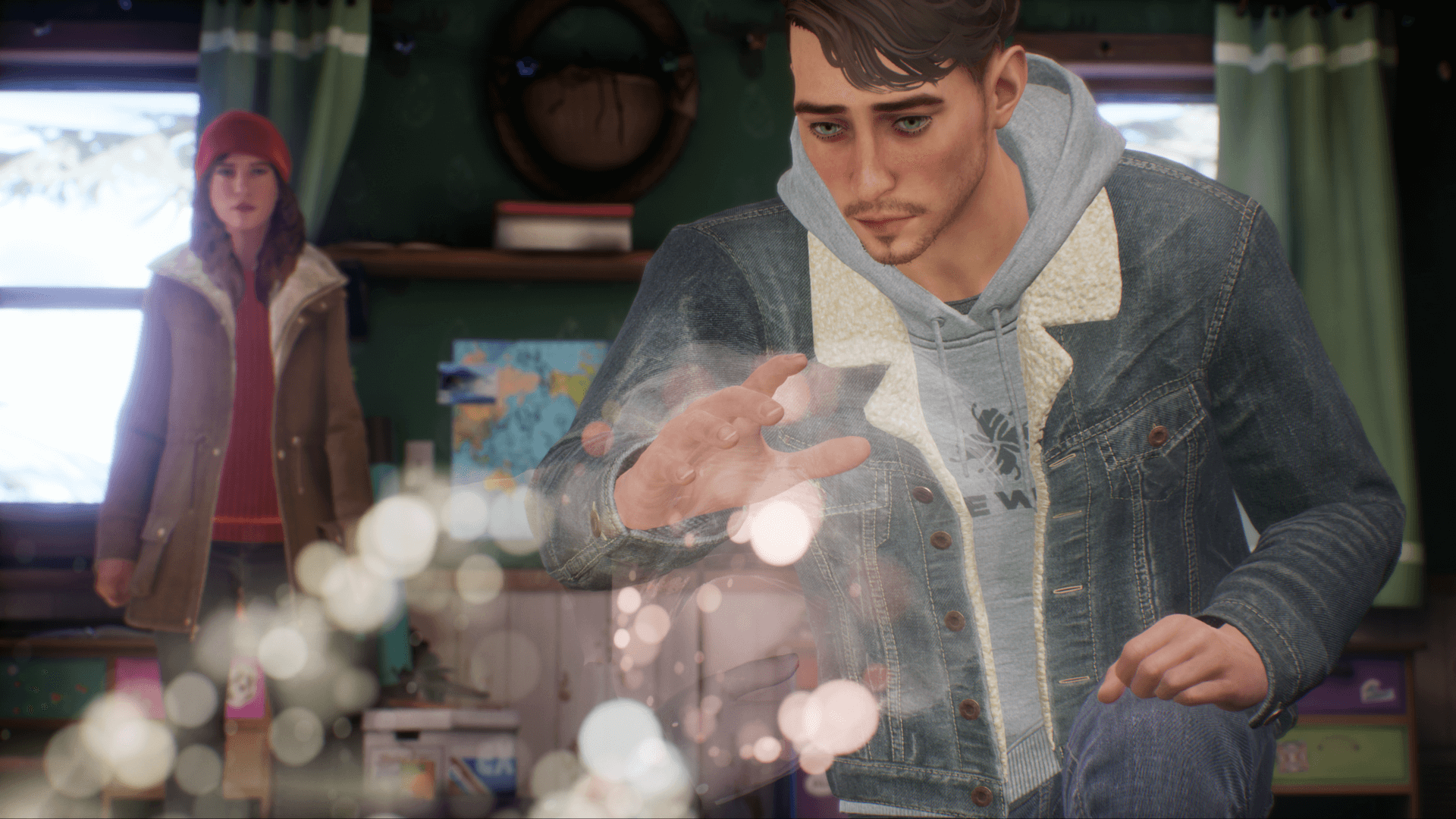 Everything Tyler knew has been turned upside down. He was sure his mother stopped loving him because he felt like he wasn’t a girl, but when he returns to his childhood home, he finds something that suggests otherwise. DONTNOD has taken a sensitive subject and given it the respect and attention it deserves. Sure, there’re characters that don’t understand what it means to be transgender, and others that believe it is completely wrong. However, these kinds of challenges are what exist in real life, and with every encounter, the developers have done a fantastic job in being sensitive, as well as challenging the players own views.

Tell Me Why: Episode One

As a game, Episode One of Tell Me Why has some great ideas when it comes to problem solving. You find a story book you wrote with your mother as a child, and in an attempt to get inside your mother’s locked room, you must read one of the stories to get inside. It’s smart because it doesn’t instantly given you a pattern to help open the lock, but certain sentences in the story provide the answers. Elsewhere, the Bond mechanic gives you an idea about how to uncover mysteries surrounding the characters of Delos Crossing, the fictional town in Tell Me Why.

You speak with your mother’s best friend, the officer that was with Tyler on that fateful night, and one of Alyson’s best friends. Choices still play a role in where the story takes you, but certain dialogue options can either strengthen or weaken your bond. It’s interesting to see how your choices bring the two together, or wedge an element of doubt between an otherwise strong relationship. At certain points, you can choose to follow either Tyler or Alyson’s memories, and this can also create problems between the twins. The story so far is engaging, and both Alyson and Tyler are voiced brilliantly. 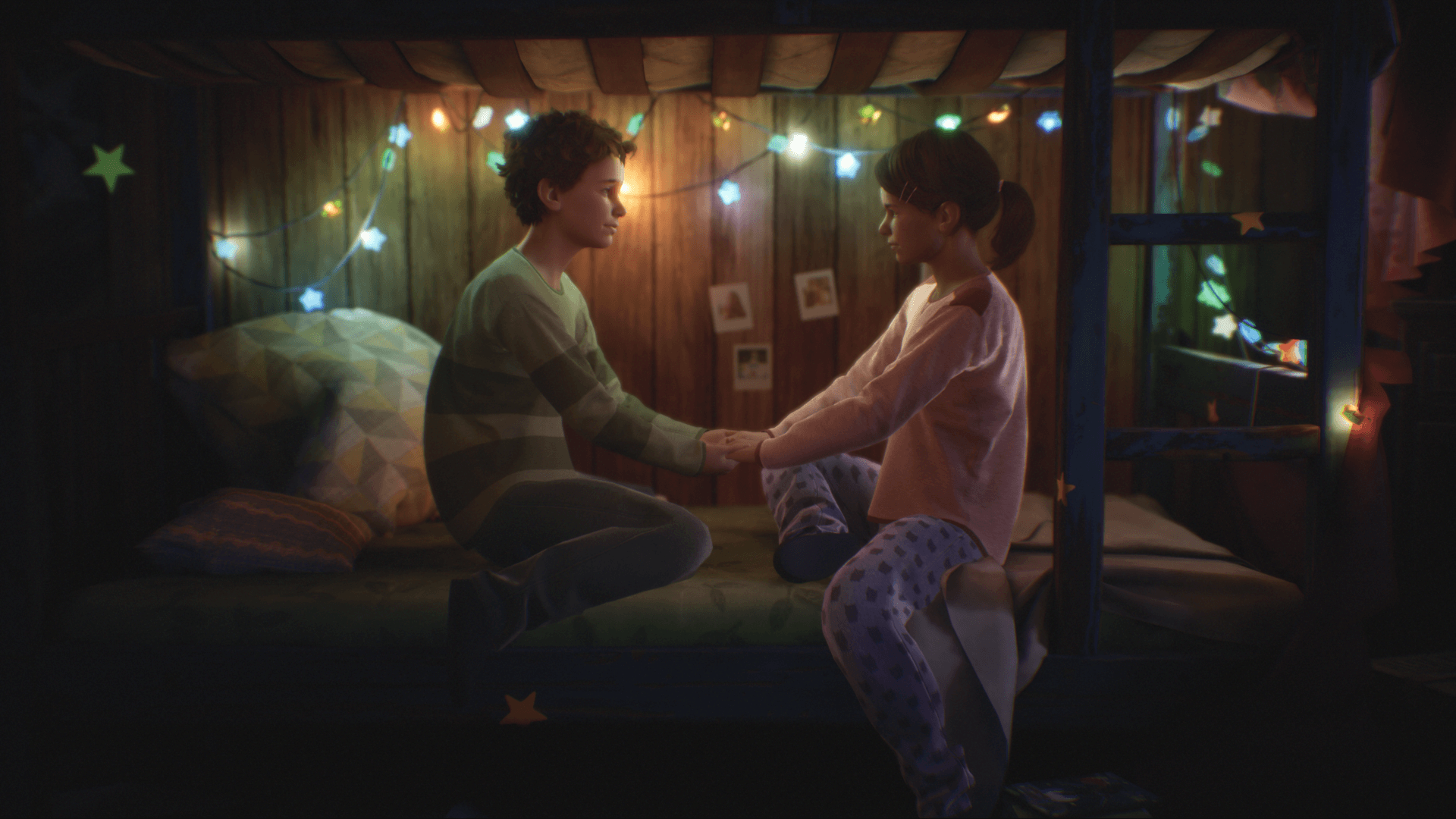 It is important to spend time dwelling on what has transpired, and I’d also rather you experience the whole story the way it is intended. For this reason, we want you to do the same with our review. Episode One of Tell Me Why has started off strong. The characters are interesting, the story is emotional and powerful in equal measure, and the gameplay offers just enough to separate it from DONTNOD’s masterpiece, Life is Strange. Tyler’s story as a transgender male isn’t the be all and end all, but its inclusion helps to bring awareness of something that so many struggle with.

Join us just before episode two launches for our updated review with episode two thoughts, then episode three the following week; whereby we’ll finalise our score the full package. The score below is provisional based on episode one only.

No huge leaps in gameplay

Tell Me Why deals with some sensitive subjects with respect and sensitivity, making the story both gripping and powerful in ways they've never done before.