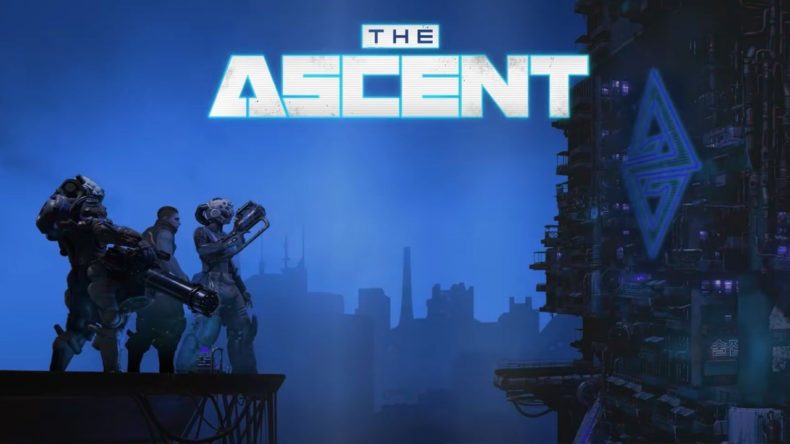 I’ll admit to being pretty hyped for The Ascent when it launched on Xbox and PC in the Summer of 2021. The grimdark cyberpunk aesthetic and the promise of Diablo-esque slaying and looting had my attention from the start.

Unfortunately, when I finally came to review it I wasn’t overly impressed by some of the elements. While it looks amazing in places and the shooting has its high points – particularly during multiplayer sessions – some design choices let it down. For a start, it requires a lot of walking around between missions, and your character isn’t exactly superfast. It also suffered from some fairly intense difficulty spikes that made for an uneven experience.

I played it on PC, and so was privy to a pretty smooth experience performance-wise. And I’ll be honest, some of the backdrops are absolutely stunning. Now, almost a year after the original release, The Ascent has come to PS5 – but how much has changed, and how much have the changes improved things? 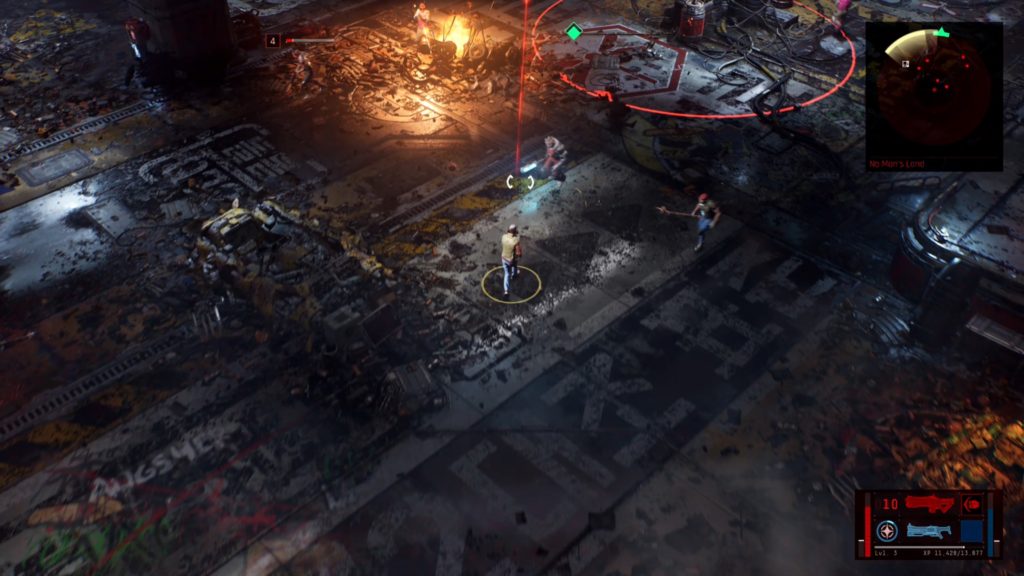 To answer the first question: not a lot. There have been some patches and tweaks to the previous release and these have been carried over. Some of the difficulty feels more balanced, but that could be the benefit of experience. Re-entering the dystopian world of Veles, I wasn’t met with any noticeable graphical updates or changes. It already looked pretty damn good, and the power of the PS5 wasn’t likely to improve on the PC version anyway.

There is a cosmetic system now, though. You can visit a store in the hubs and apply skins to your armour based on other items you’ve found. This sounds superficial but is actually a much sought-after addition. One of my biggest complaints about The Ascent was the armour design. It’s not hard to make a player character look like a badass in a cyberpunk setting, but the main character in The Ascent looked like they’d swallowed a high-powered magnet and been dragged through a scrapyard. At least now, the option exists to control that element. 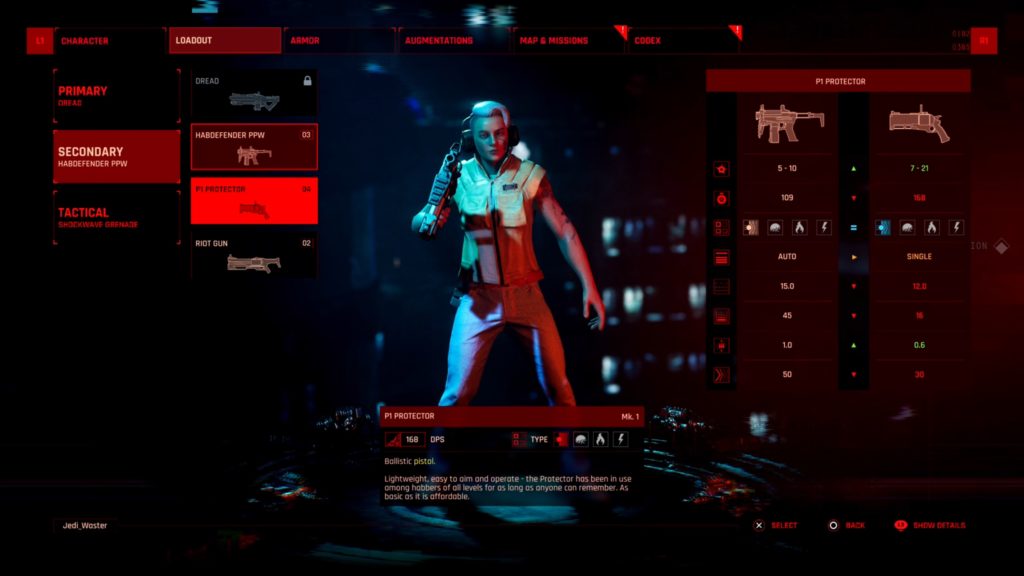 Story and content-wise, we’re getting the same game on PS5 as we did on PC and Xbox. You play as an Indent (“indentured servant”), assigned to work for the Ascent Group. In Neon Giant’s hellscape, Ascent is a private military group-cum-corporate behemoth that uses throwaway mercenaries to do its dirty work. One of my gripes with this set up is that there is nothing special about your character. You could be anyone, and still get the same cyber upgrades and gear to make you more combat-ready.

But then, maybe I missed the point first time round. Maybe the fact that literally anyone could become a badass super-soldier is the message – especially as you’re repeatedly forced to turn on the string-pullers who are facilitating these upgrades. The story doesn’t do anything new with the setting, but does a fairly good job of presenting you with antagonists to hate and destroy.

You spend almost as much time running around the staggeringly good-looking overworld as you do in the considerably less-impressive tunnels of the underworld. Some of the backdrops on display in the former are enough to make you stop and stare at the sheer amount of detail. Conversely, the missions often take place in tighter, more confined environments. It can’t be all dazzle, all the time, but the contrast is stark. 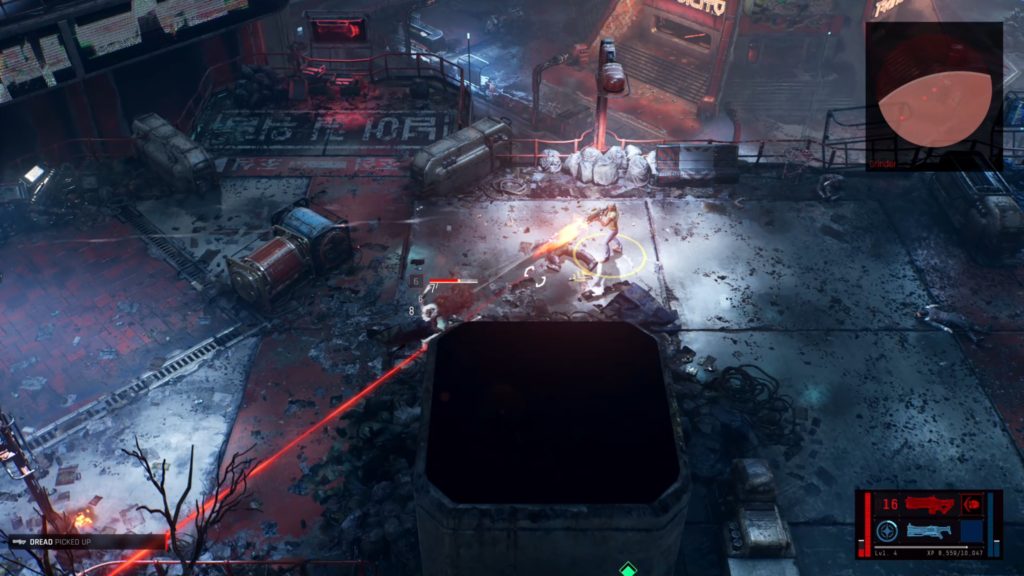 That said, so much of your time in the overworld is spent walking around from place to place – even after the fast travel system is unlocked – that those dazzling skyboxes become less impressive in a fairly short time. I wouldn’t mind so much if the action was always top-notch, but unfortunately this can feel inconsistent, too. Enemy and NPC AI is fairly odd. Sometimes enemies will attack you on sight, other times they’ll wait until you start shooting. Sometimes bystanders will run away when the shooting starts, sometimes they’ll continue to stand and chat even as the world explodes around them.

An interesting shooting system allows you to hold the left trigger to aim high or crouch to aim low, or simply shoot to aim centre-mass. In practice it takes a little while to get used to, moreso because none of the options allow you to shoot enemies that are upstairs or downstairs from your position. Given how many firefights take place around stairs, this is pretty frustrating.

You can level up and improve your stats, or upgrade your weapons in town. The latter option is way more beneficial, since I often struggled to see any real bonus from increasing stats or even re-specing when particular bosses threw up a wall in front of me. Again, tweaks have been made since release to address some of this, but I didn’t notice any improvements in the PS5 version. 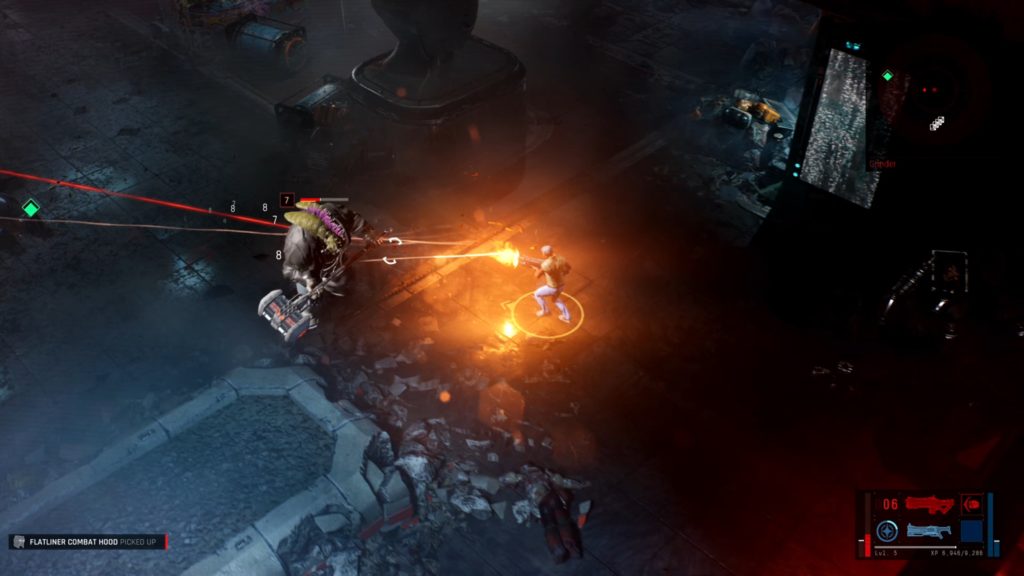 The Ascent is a fun game when it all works. Some of the shooting is incredibly satisfying, and it looks spectacular 80% of the time. But the balancing is still off for me, and it still feels like you spend too much time schlepping around the beautifully grim city to travel between objectives. If you played The Ascent on the other platforms, there’s no reason to pick it up on PS5. If, however, you missed it, I would recommend it based on the multiplayer alone.

Reviewing pre-release on PC I couldn’t sample much of this, but having played more since I can confidently say that when played with a couple of friends, The Ascent becomes a much more rewarding experience. There are enough skills and builds to justify running with a group, and the long walks between objectives are much better with a few mates on side.

The Ascent on PS5 is the same game with a few tweaks. Best played with friends, it provides a gorgeous, if inconsistent, experience.