The House of the Dead: Remake review 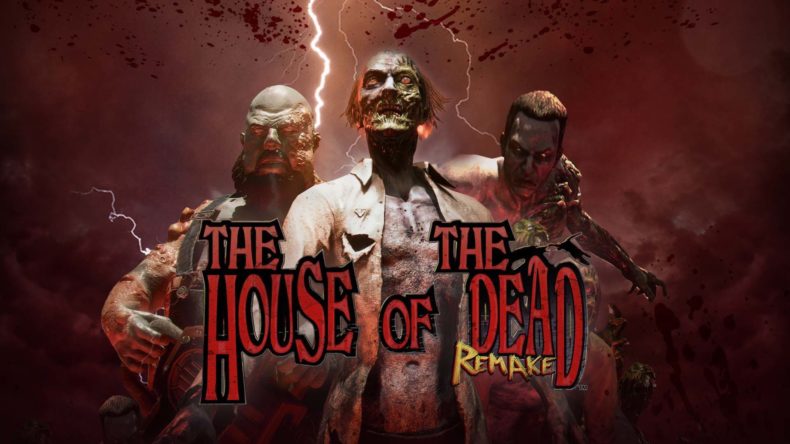 Light gun games are one of the true survivors of the dwindling arcade scene, and along with the ubiquitous driving sims can still be found in the wild quite regularly. The golden era of the genre was the mid to late 90s, where classics such as Virtua Cop, Point Blank and Time Crisis redefined how we had fun with imitation firearms.

Perhaps the most memorable franchise of them all was the hugely influential The House of the Dead – which featured gruesome horror aesthetics with gameplay so fun that even Alan Partridge could be seen peeling off shots to make the undead horde suffer like G did. 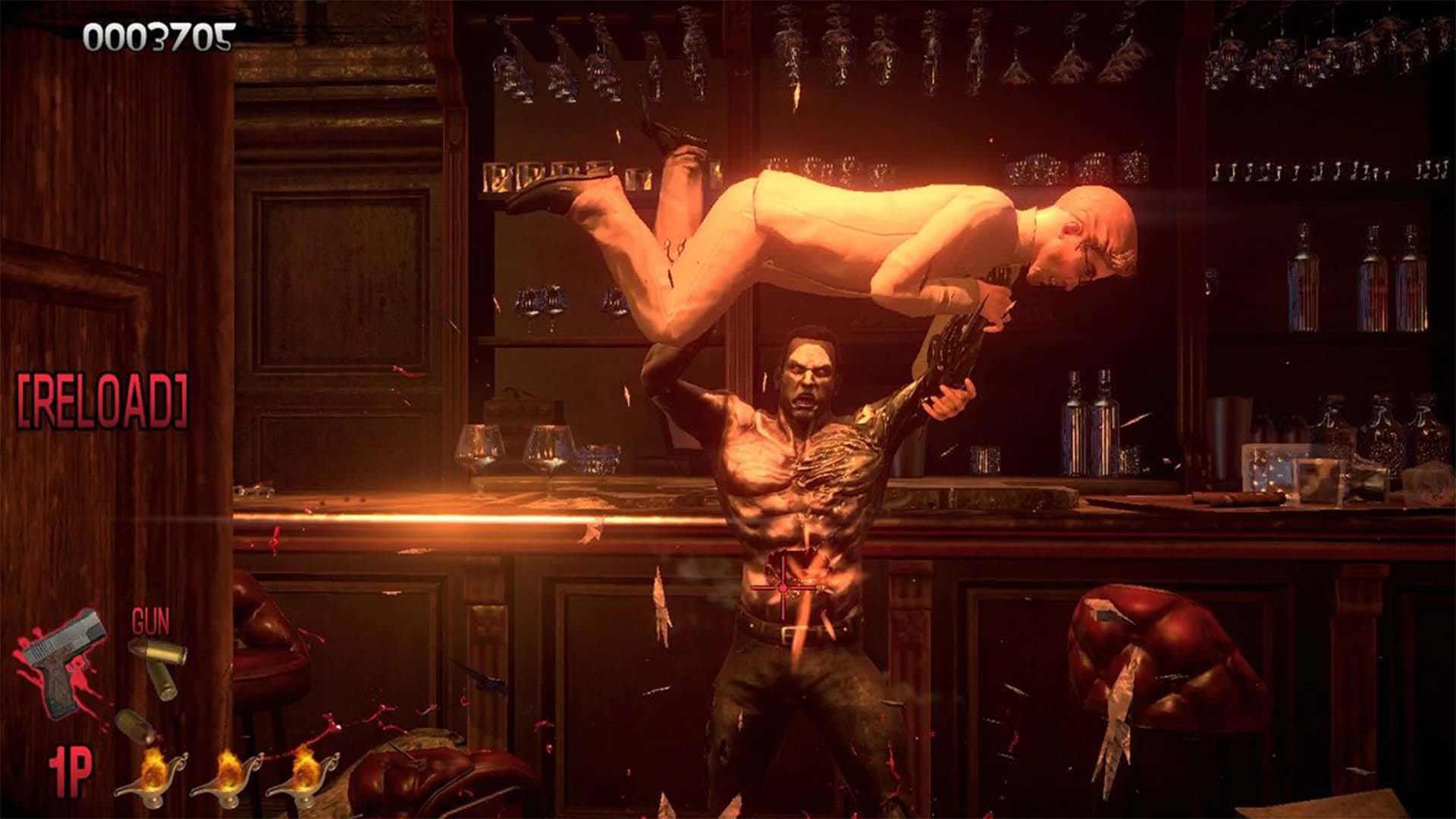 The advent of new TVs has seen home light gun shooters virtually disappear. Nintendo and Sony kept the flag flying longest with the excellent smattering of titles for the Wii and PS Move, including the brilliant The House of the Dead: Overkill, but it has been a barren few years for fans. Rejoice then, that MegaPixel have revamped and revitalised the original so Switch owners get to mow down swathes of disgusting creeping monstrosities with a modern twist in The House of the Dead: Remake.

This remake looks the business. The opening stage sees the on-rail camera take you through a courtyard bathes in an eerie red sunset, with zombies thrown at you thick and fast, everything running smoothly and looking a million dollars compared to the relatively primitive visuals of the classic arcade game. And it nails the gameplay for the most part too, albeit with a few controls based issues. 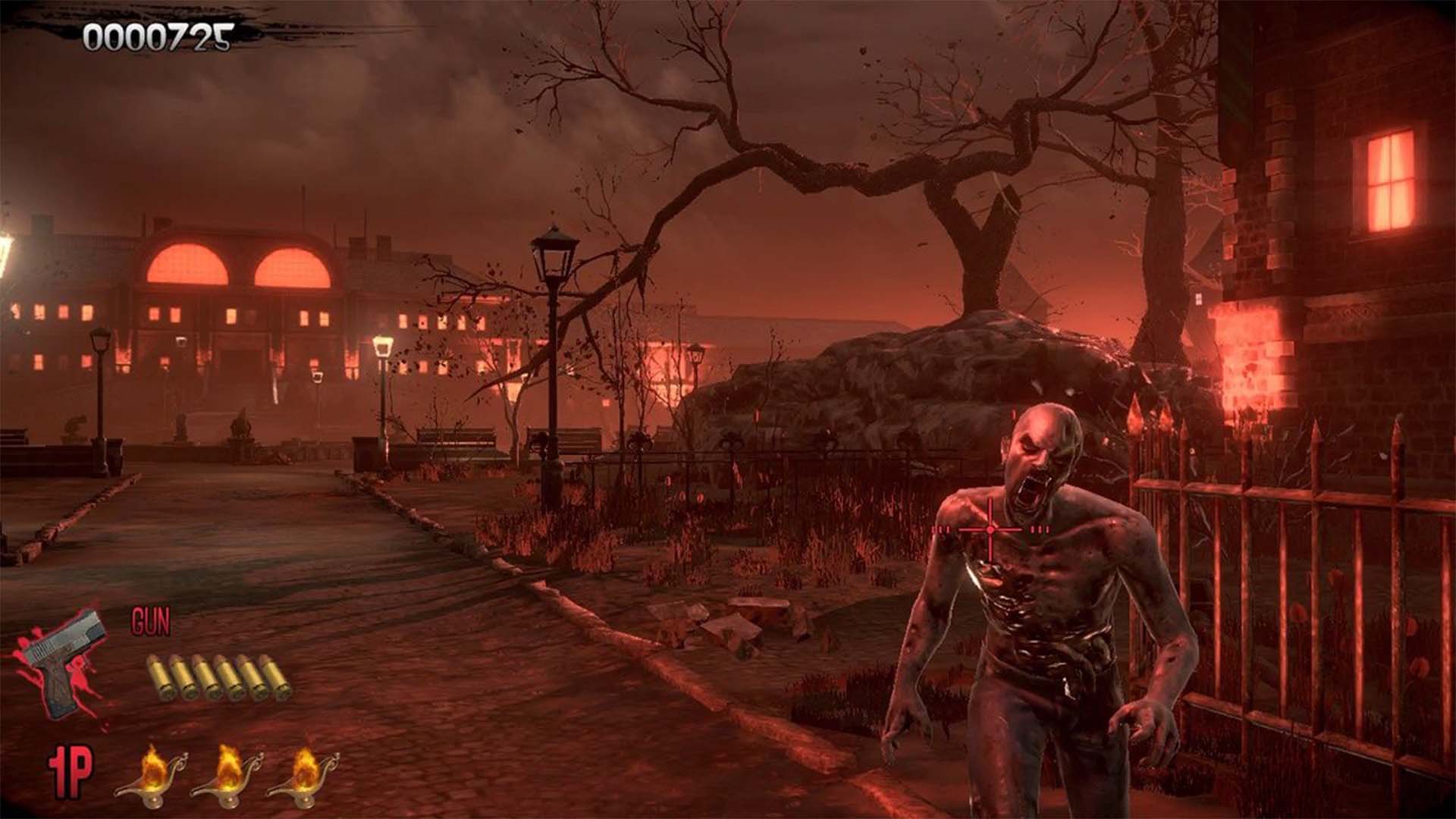 I can say with complete conviction that this is not recommended if you only own a Switch Lite or intend on playing in handheld mode. Despite the gyro allowing you to aim, the shooting is controlled with a crosshair mapped to the left stick, and it just doesn’t make for an enjoyable The House of the Dead: Remake experience.

Thankfully on an ordinary Switch console in docked mode or using the Switch stand with the Joy-Cons detached this plays much more like the games of yore, and whilst holding a Joy Con and employing it as a lightgun lacks the intuitive feel of a gun peripheral, and still has a crosshair – it works mostly fine. You can also use a Pro Controller in the same fashion. There is a bit of drift from time to time, and incidents where combination of gyro shenanigans and the swooping camera movements can cause difficulties, but you can press a button to recentre the crosshair. Not ideal, but not a game-breaker. 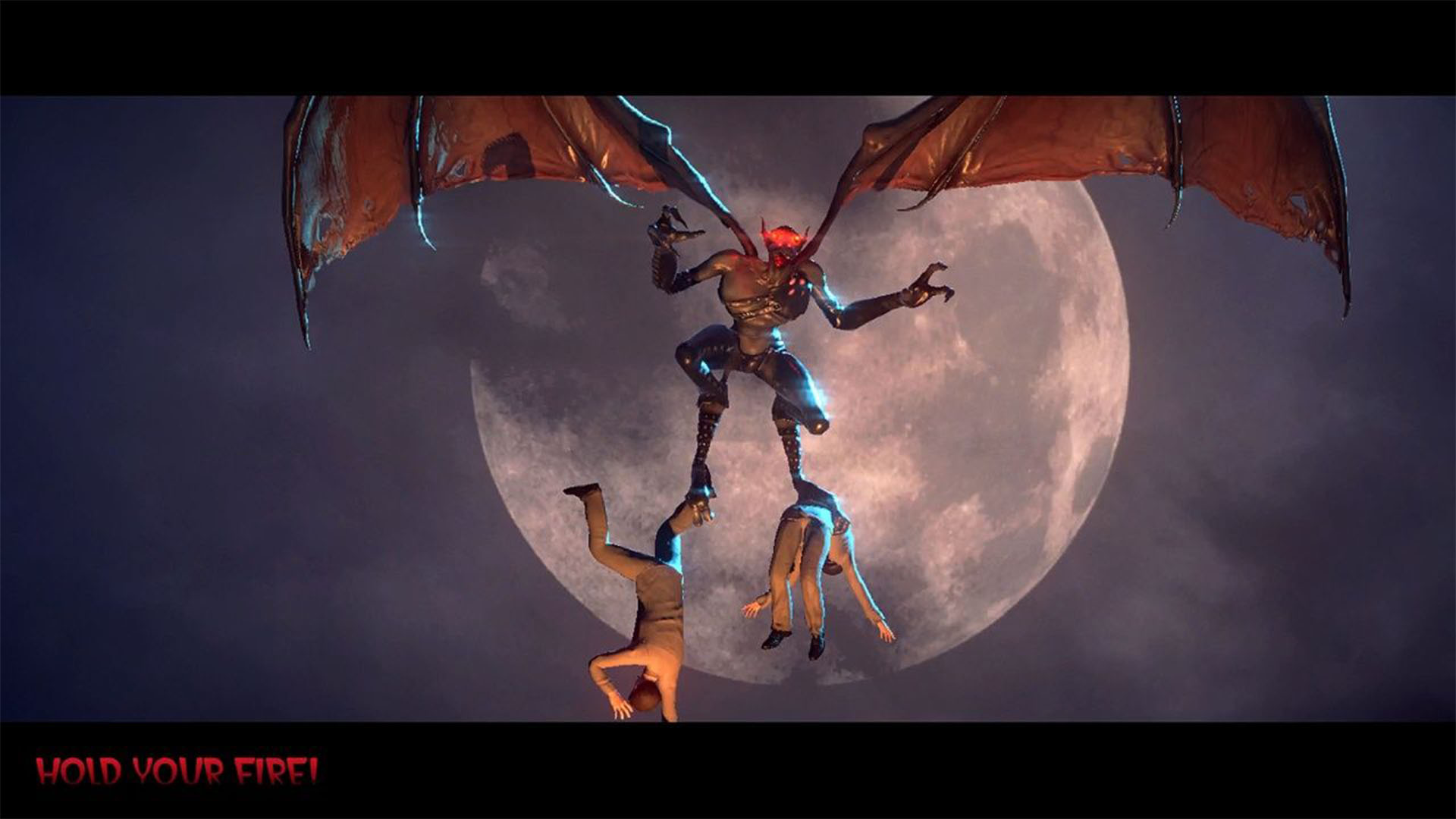 Unlike the arcade games where you have to shoot offscreen to reload, that is done here either automatically, or by pressing a button when you hear the “RELOAD!” instruction. Sometimes things can get a bit busy onscreen and it becomes difficult to follow, leading to some premature deaths and missed kill and item-blasting opportunities along the branching levels – but this sense of chaos doesn’t detract from the experience.

The House of the Dead: Remake isn’t a lengthy experience, as you would expect from a game borne in the arcades of the Nineties, but it is a credit-eating challenge with some dastardly foes to beat, even with a slightly more generous health system and a mechanic that allows you to earn additional continues based upon your score. 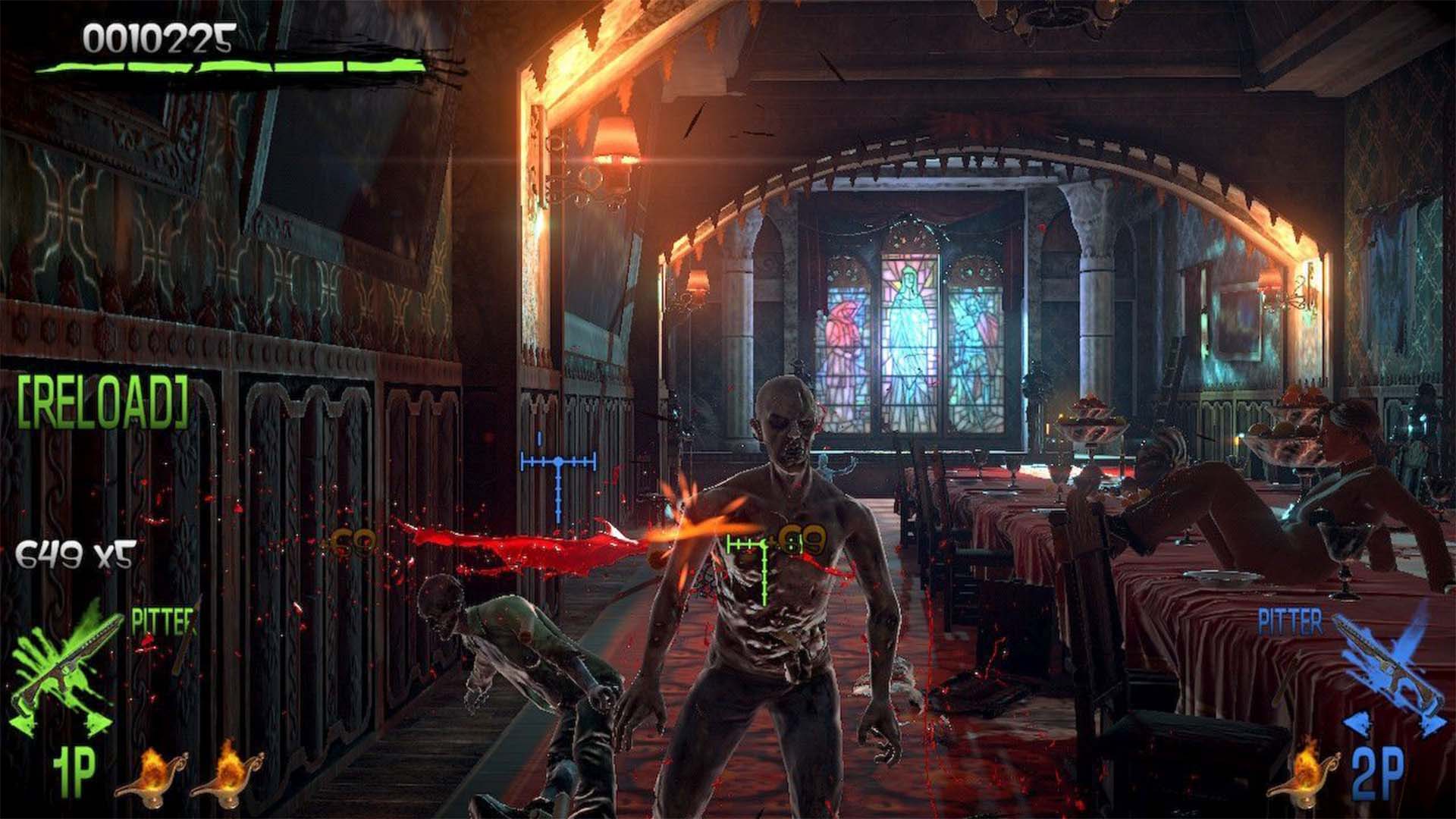 A few cool additions help spice things up – like a new score multiplier-based mode, and an unlockable ability to dual-wield two weapons at once. Horde mode, as its name suggests, sees you having to blast through a veritable army of horrors, and is a genuine challenge. Best of all is the presence of a two-player co-op option, which brings the time-honoured experience of standing next to a pal in an arcade and shooting up some flesh eating ghouls in tandem.

It doesn’t reinvent the wheel, is brief in length, and does have some niggly control issues, but this is a welcome addition to the library of any Switch owner who enjoys on rails lightgun shooters. It looks and sounds great, has a fine selection of nasties to aim at, and is a joy in co-op, as long as you employ the Joy Cons and don’t try to play it in handheld mode.

The developers have hinted at the possibility of producing a peripheral to help make it feel more authentic, which would be marvellous. There are plenty of HOTD sequels to potentially be ported too – so here’s hoping for some future adventures with G and the crew.

Handheld mode is pointless
Can get busy onscreen

The House of the Dead: Remake doesn’t reinvent the wheel, is brief in length, and does have some niggly control issues, but this is a welcome addition to the library of any Switch owner who enjoys on-rails lightgun shooters.

You may also like
The House of the Dead: Remake