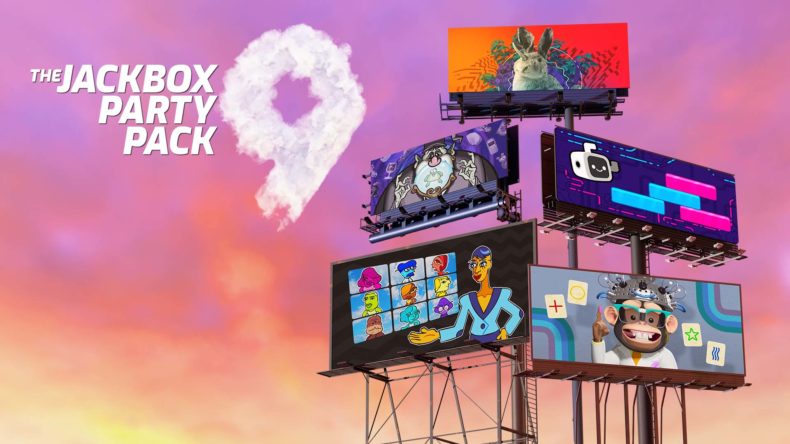 You probably know the drill by now when it comes to The Jackbox Party Pack 9. A five-pack of fun games that anyone in the family who is able to use a touch device can get involved with, with the core game being “on the console”, but the controller is a tablet or phone you login with on Jackbox.tv, and then can play along. For years now, players and streamers have been promising not to be rude then failing because of the tempting nature of the clever games the Jackbox people put together.

And The Jackbox Party Pack 9 is pretty much that in a nutshell. Fibbage returns for its fourth outing, and while the main part of it is the same, Fibbage: Enough About You is included with The Jackbox Party Pack 9, which turns the tables on players, focusing questions to be about them. It’s a nice diversion, and a lot of fun with people you know well, but after that, this is Fibbage 4: more Fibbage, which is to say it’s still great fun, and you can see why it’s been included.

Of the five included party games in The Jackbox Party Pack 9, Fibbage and Quixort are the only that can be played with less than three players. If you don’t have regular get togethers or want to play online via streaming, that means you’re stuck with Fibbage (which is considerably more fun with larger groups) and Quixort, which is the weakest game I’ve seen in a Party Pack yet. 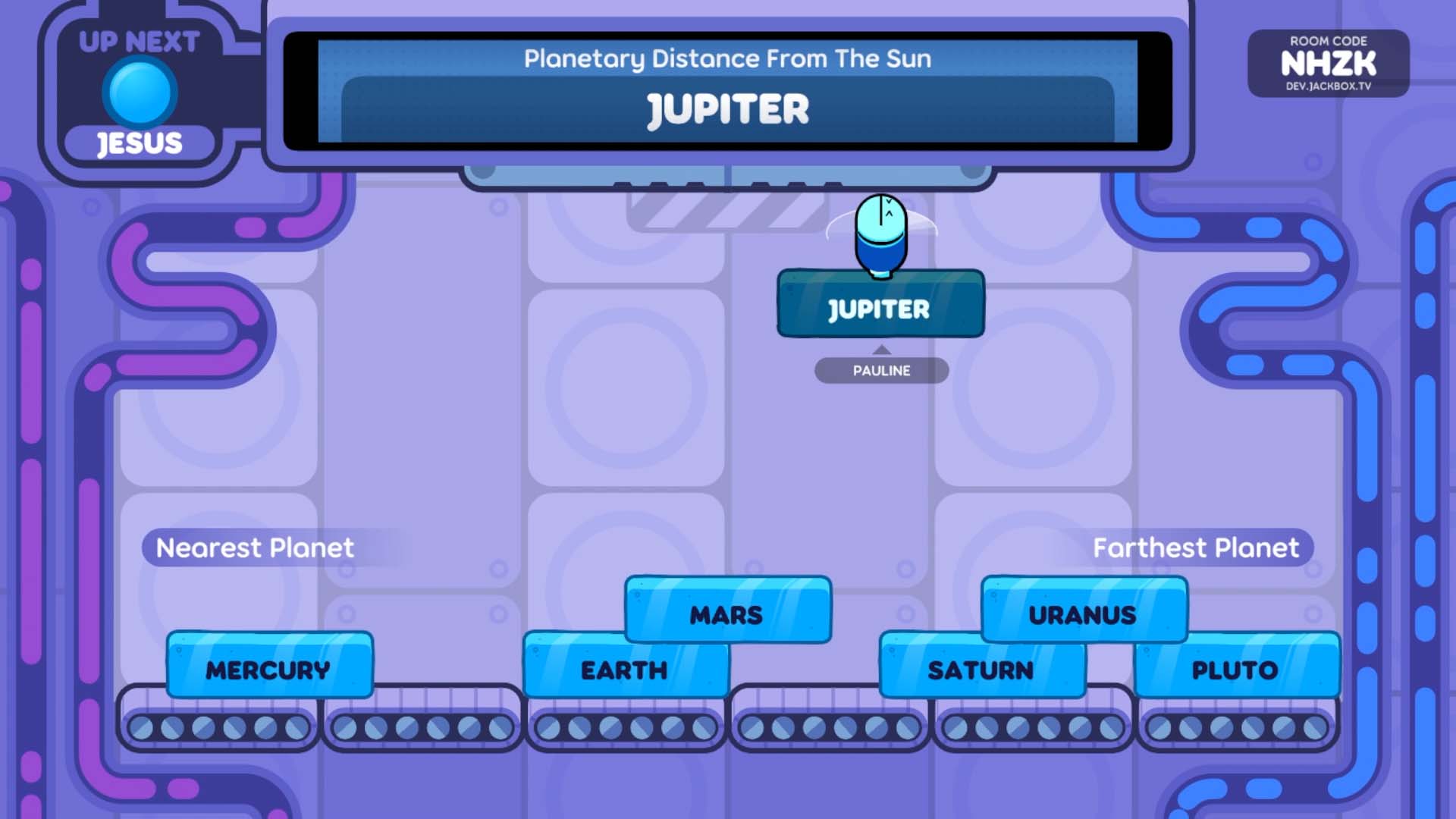 Playing on the more animated Jackbox.tv look, Quixort requires you to sort facts from categories. I had the lyrics from The Fresh Prince of Bel Air, and had to sort them from when they first appear in the theme tune, to when they last come up. But you might also get “number of colours on a flag” as a category, and even if you get offered a category, you can pick a wildcard randomiser to change it. It’s all just a bit dull, and feels more like a single player offering than a big party game.

Each individual has to sort their facts, while the other players are told to just feed their tablet by tapping it to keep it from sleeping. Given the creativity on offer throughout The Jackbox Party Pack games, this one feels like a misstep, and the antithesis to what the rest of the series has to offer. The fact it offers a single player version is a nice touch, because it certainly isn’t one I’d be whipping out with friends around.

Junktopia sees a wizard turn you into a frog whereby you have to grab an item, name it, and write a backstory for it. Once this is done, you need to show it off and have it appraised by your peers. This is far more in keeping with the silly fun the series is known for, and could well turn out to be a firm favourite. It’s always good creating back stories for daft stuff, and Jackbox has previous with this, making this a successful game. 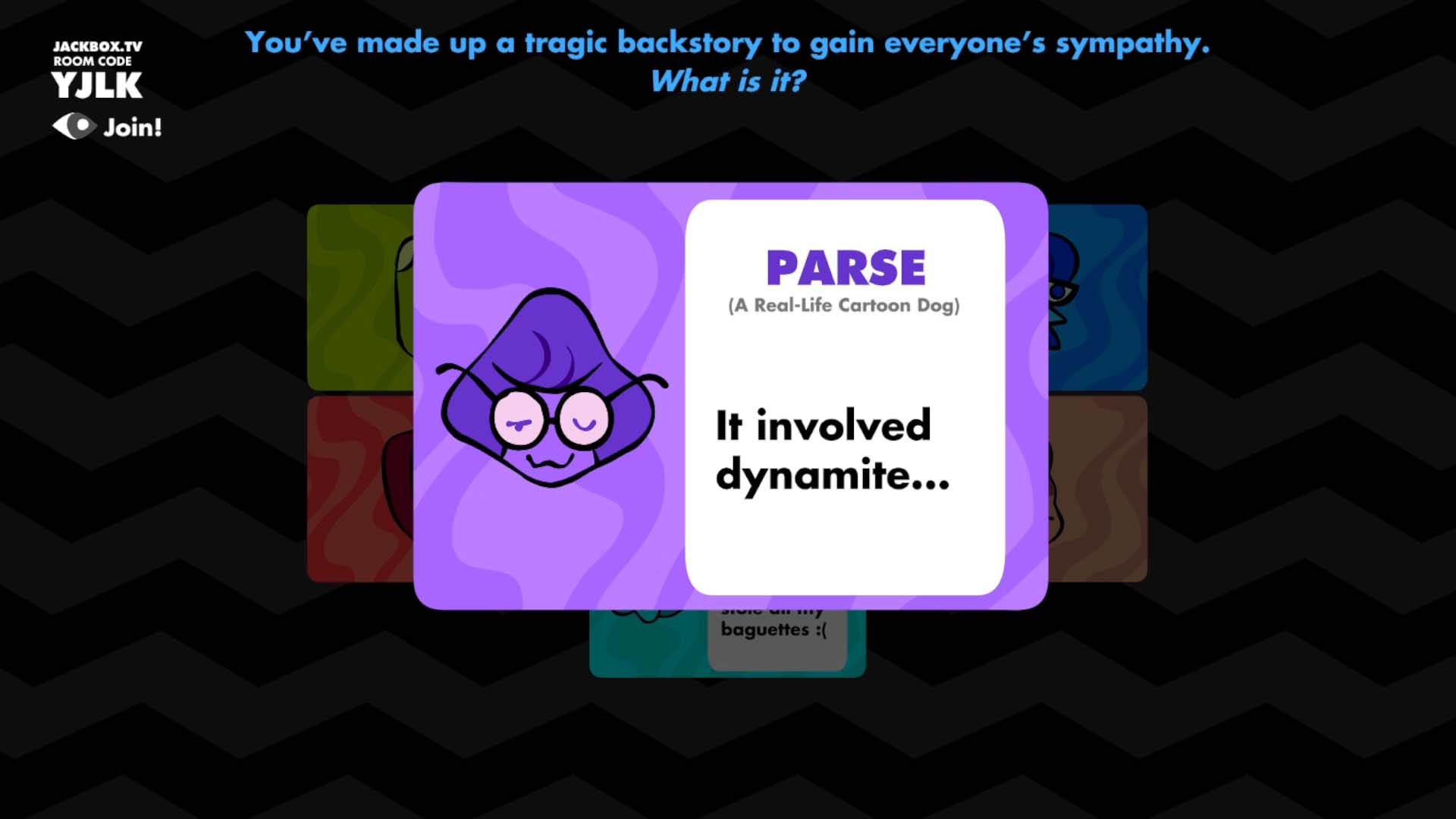 Roomerang leans into role playing, but is also very “online”, leaning into very modern terms like “thirsty”. Five rounds ultimately end up with someone being voted out of the “room”, with the main idea being to try and make everyone like you. A reality TV style presentation means it’s a good laugh, even if it’s likely aimed at a younger audience, perhaps.

Lastly, Nonsensory is far more in keeping with what previous players would be expecting. Drawing, writing, guessing: it’s all here. Questions that aren’t always intended to be answered with silliness ultimately leads exactly that way, and it’s a good laugh for all involved. Bizarre questions about drawings you might be tasked with creating quality moments for all involved, and it’s just a clever bringing together of a lot of the ideas Jackbox Party Pack offered up when it all started.

Nonsensory feels like the “newest” of the five games on The Jackbox Party Pack 9, while Quixort feels like an okay solo experience, but overall pretty out of place in this pack. You know what you’re getting with Fibbage, and the rest of the games are entertaining, without feeling quite as new as you’d perhaps like. The fact you can now kick players from the lobby or in-game if they’re being disruptive is a great new feature, however, and the fine voice acting, beautifully animated titles, and overall lean into accessibility in the menus means it’s still recommended, even if it’s perhaps not the best pack in the collection.

Nonsensory feels like the “newest” of the 5 games on The Jackbox Party Pack 9, in an otherwise middling collection by the masters of mirth.

You may also like
Jackbox GamesThe Jackbox Party PackPC