Thief of Thieves: Season One review 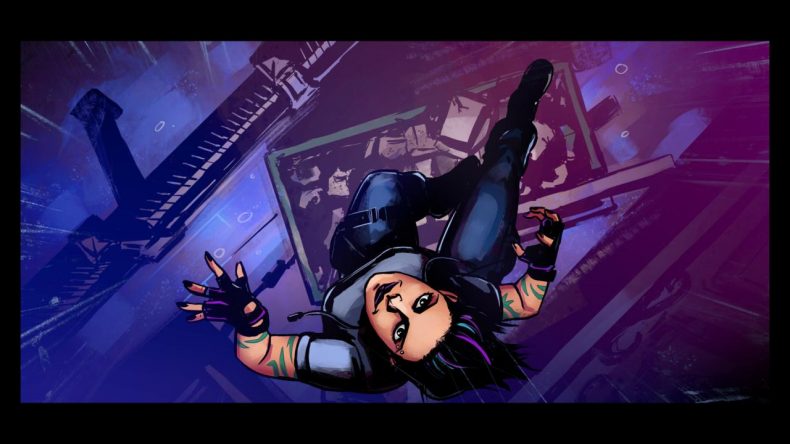 While the popularity of the Walking Dead TV show has been in steady decline for a while, the original comic source material has never suffered the same fate. In fact, the comics remain so enduringly popular that the mere mention of Robert Kirkman’s name attached to anything is enough to generate a certain amount of buzz. It’s for this reason that Thief of Thieves, an episodic game based on a comic book created by Kirkman, hasn’t been on anyone’s radar at all.

The plot follows the titular Thief of Thieves, Conrad Paulson, a legendary pilferer who gave up robbing the innocent and started robbing other thieves instead, and who goes by the alias Redmond in order to keep his prolific criminal life separate from his family life. His thievery is now achieved vicariously through his protégé Celia and a team of specialists. Celia is the boots on the ground cat burglar, while Paulson plays the “guy on the phone” and talks her through her assignments. Immediately you’re hit with the exceptional artwork. Rival Games have created a faux-painted world of deep, vivid colours, comic-style panes, and stunningly stylish environments. They bring the comic to life confidently and beautifully, and there’s rarely a scene that isn’t dripping with mesmerising panache. Celia slinks, feline in her every movement, from point to point, sneaking, skulking, vaulting and lurking, creeping through the shadows like a witch’s familiar, and it gives a sense of empowerment that, initially, feels hugely satisfying. It’s only when you’ve got to actually avoid detection that issues arise – and yes, that’s as big a problem as it sounds.

Thief of Thieves: Season One opens on a high, as Celia weaves her way through the crowds in an LA airport, spitting playful barbs at Paulson and generally leaving the heavy aroma of a Tarantino/Rodriguez femme fatale movie twisting in her wake. Soon apprehended by security who want to know about the man she went to find – Paulson’s enigmatic alter-ego himself, Redmond – the plot doubles back on itself to tell its story. Job One is to steal a sports bike from a sleazy Hollywood businessman called Bogdan, which cleverly disguises a tutorial in an all-too-easy quest before Paulson admonishes Celia for talking shite and makes her recount the job more accurately, beginning with the initial casing of the mansion. This mission, taking place in unsettling broad daylight, is much tougher. As you first sneak in, you’ll make use of the left bumper, which throws stylised labels onto everything you can interact with in the screen. You can examine things, interact with them, enter into hacking or lockpicking minigames, pickpocket guards or mess with lights and other things to cause distractions. You can even find uniforms and disguise yourself, though you’ll attract attention if you stray into the wrong area, and once you’ve been clocked by the guards in one costume, you can’t simply switch into another.

Initially, it feels very much like a non-violent, indie version of Hitman, but the limitations imposed upon you for the sake of turning each heist into a stealth puzzle soon conspire to ruin the fun. For example, you can vault up onto or over some obstacles but not others; you can steal some uniforms, whereas some are off limits. Some locks you can pick, and some you can’t. A restrictive distance camera prevents you from seeing where guards are, and screen-edge indicators intended to show whether or not you’re being observed aren’t nearly stark enough to highlight potential danger. Whereas a series like Hitman throws you into a sandbox and tells you to get the job done your way, Thief of Thieves is very prescriptive in its solutions.

It’s not helped by incredibly inconsistent AI. Sometimes guards will see Celia in the wrong area and literally charge at her and punch her out. At other times they’ll stop half way, scratch their heads like confused chimps and then walk off mumbling. Shadows are either a perfect cloak, or are utterly useless, and because everything is on a 2.5D plane it’s not always easy to see that you need to walk around a thing, resulting in continually walking into obstacles or not being hidden when you think you are. Perhaps because it’s so prescriptive, there’s not much of a sense of air-punching accomplishment when you pull off a heist. You just sort of feel relieved that you’re out of the level. You won’t care about replaying a mission, you’ll just be happy to move on to the next. You can call on a safe-breaker, a computer hacker, and a bodyguard type to help you out of certain situations, and the camaraderie between the team more or less holds up, although it occasionally drifts towards forced chemistry. Celia herself is cocksure and impetuous, which I was hoping would lead to a dressing down and a story arc, but it never really happened. She’s just a master-thief level apprentice who gets away with throwing sarcasm at everyone. The hacker and his almost caricaturish (is that a word?) British street slang did raise an occasional smile though.

There are four episodes in Season One, but there are no real standouts. The gameplay doesn’t really evolve, meaning that despite the beautiful aesthetic stylings, it all feels a wee bit stale. There’s immense potential here, and when a heist is going well and you’re a step ahead of the guards and cameras and spotlights, it can be genuinely satisfying, but Thief of Thieves lacks a truly compelling story. And without the freedom to make mistakes, react, learn and experiment, it’s also bereft of the main ingredient required to make a genuinely great stealth game: imagination.