previous
Doki Doki Literature Club Plus! review
random
next
Clan O'Conall and the Crown of the Stag review
0 likes 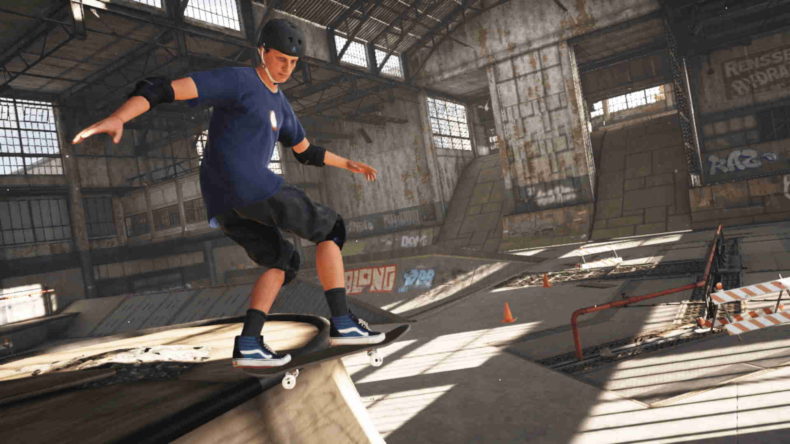 When Neversoft dropped their landmark original Tony Hawk classic, I was a hard-partying punk not averse to a bit of skating. In 2021, skateboarding is about to be represented at the Olympic games. Jonah Hill’s astonishing Mid90s is still fresh in my mind. And finally I can play a proper fully 3D Hawk’s whilst sat on the khazi. What a time to be alive.

The recent mainline console versions were incredible. And I am pleased to report that in terms of the exceptional gameplay, addictiveness, content and feelgood factor, the Switch port does not disappoint. All of the content is present and correct from the other versions. In fact, apart from a bit of blur here and there, and some muddy textures, the locked to 30fps visuals are perfectly palatable on the less powerful hardware. Although it does look much sharper on the handheld screen.

Playing the splendidly remastered parks of yore brings back an instant pang of nostalgia. I was transported back to being glued to my PS1, gleefully pulling off an ollie with Spider-Man. The Marvel license, borne of Neversoft’s fantastic Hawk-engine-employing Spidey game, doesn’t make it over this time. But plenty of new and cool stuff does. 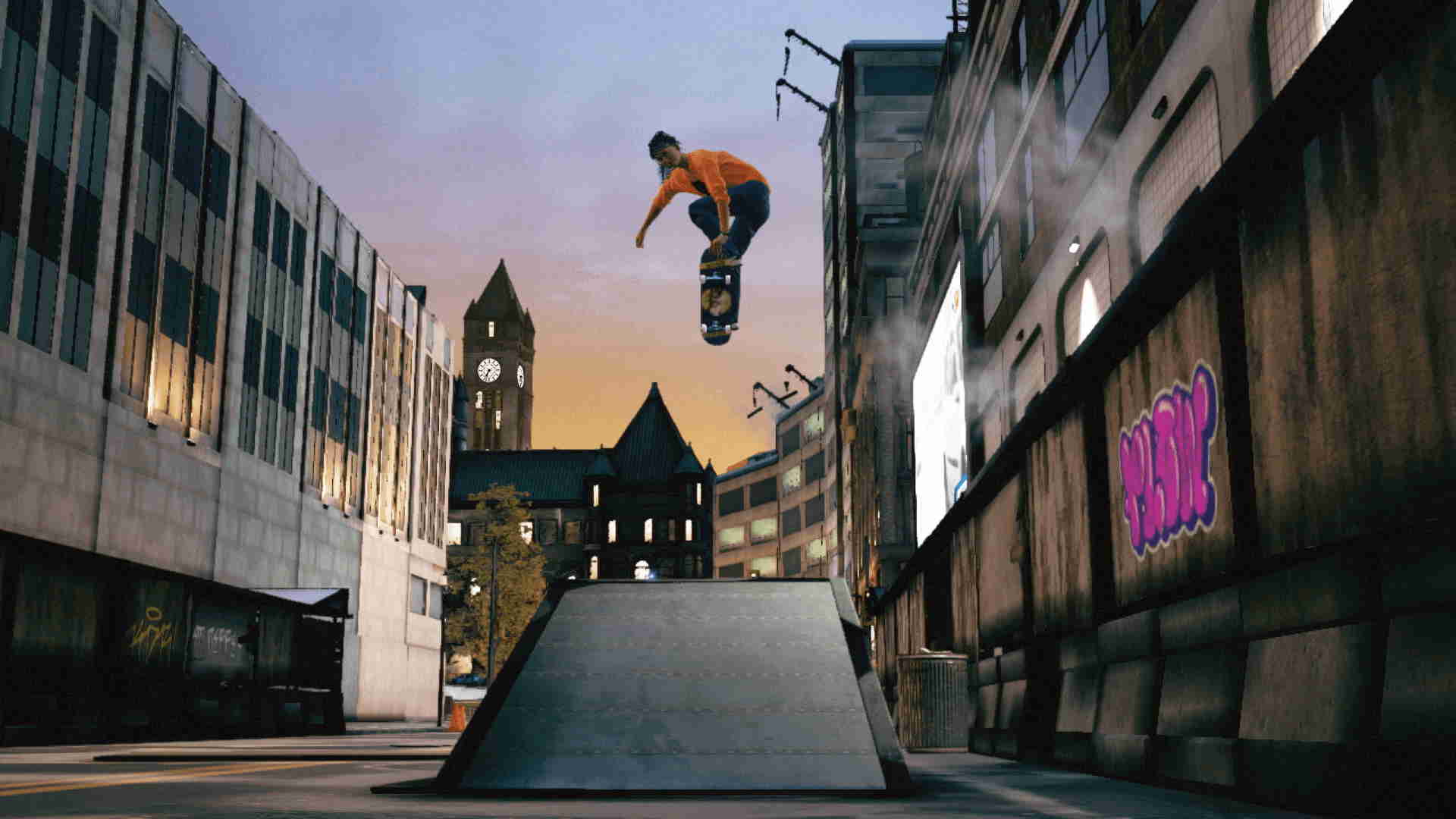 The soundtrack, already teeming with all-time-classic bangers from Fu Manchu, Anthrax & Public Enemy and just about every skate-punk outfit worth their salt at the time, is bolstered in 2021 by the likes of FIDLAR, Viagra Boys, UK grime rapper Skepta and the excellently named Merkules. The choices are all superb and well in keeping with the feel of the original.

They have even thrown in a bit of vintage Tribe Called Quest, further cementing the nostalgia for us elderly skaters. The warm, wholesome blend of old and new is furthered by the mix of recognisable skaters from back in the day being joined by a diverse set of newcomers. So you will find Steve Caballero rubbing up alongside Leo Baker. Look hard enough and you may even find old nemesis Officer Dick! 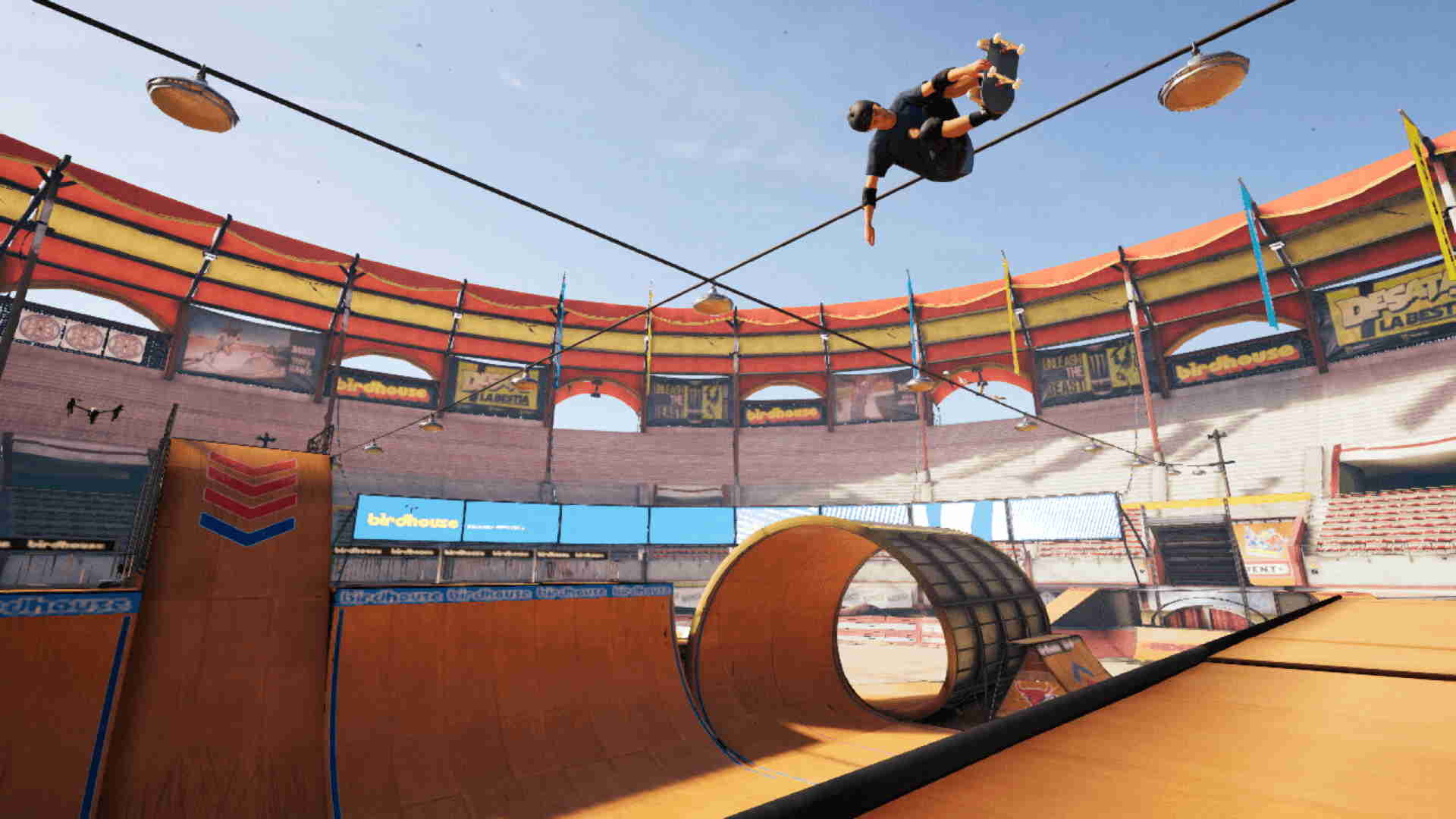 Controlling your moveset has been mixed up to include transitional manoeuvres from across the entire Tony Hawk’s run. Being able to pull off lengthy combos has never been easier. This is thanks to being able to use wall plants, reverts and other canny fare to get the most out of you and your board. If these new additions go against the grain for PS1 heads, then there is an option to stick with the original moveset and play that way.

There’s a lengthy, but extremely fun tutorial. This in itself has plenty of reply value to constantly remind you of what you can do, and re-evaluate your skills. It’s a great place to start. But once you get out there into the parks the real fun begins, as the short bursts of super-addictive carnage prove as compulsive as ever. 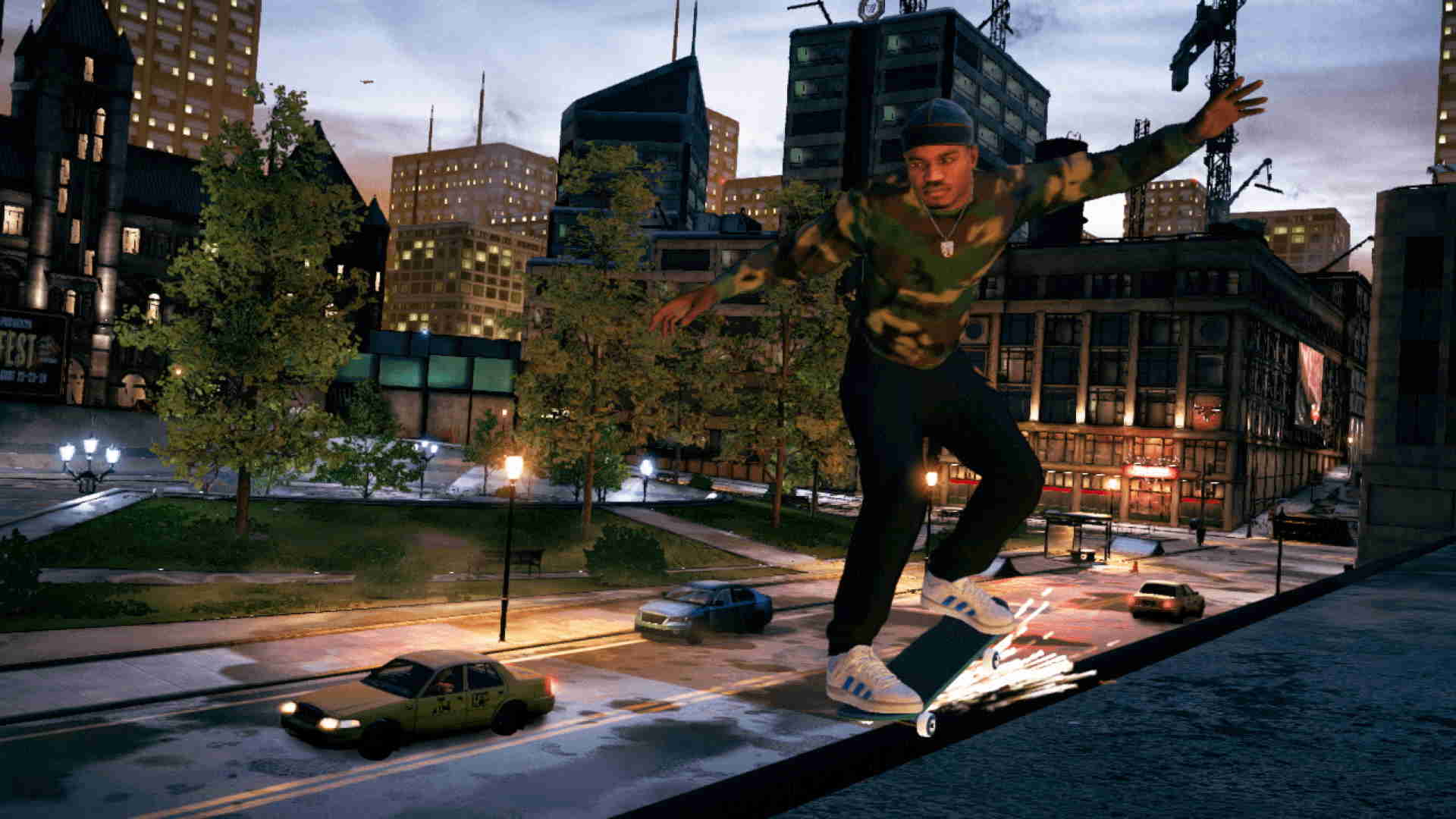 Having this on the go makes it somehow even more of a treat. I have found myself picking up a quick fifteen minutes between footy fixtures. Or on breaks at work, and any other time I can get some peace to go hunting for cassettes, out-grind myself, or build another crazy skatepark using the create mode.

Given the wealth of positives, the only genuine downer I can put on the Switch port is the fault of the hardware itself. As can quite often be the case, the analogue sticks and button layout aren’t the best or the most responsive tools for the job. You would probably be better off using a Pro Controller to get the very best out of your skate experience.

But this is a small gripe. This is a superb port of one of the finest arcade sports experiences of them all. And it instantly becomes an essential purchase for Switch owners.

Some muddy textures and blurring
Controls can be fiddly

This is a superb port of one of the finest arcade sports experiences of them all, and instantly becomes an essential purchase for Switch owners.