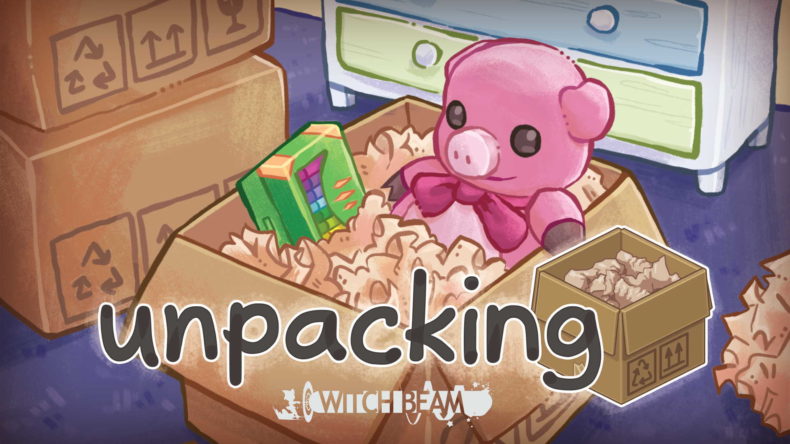 I’m not sure if it’s just a bizarre coincidence or punishment from our editor-in-chief, but I just can’t seem to stop playing games about moving house. After dealing with the pure hell that was our own real life relocation last month, I reviewed the frantic party game Get Packed. Although the stress is somewhat less intense at this stage, I must admit that downstairs is fairly stacked with boxes full of our possessions yet to emerge. Instead of spending my time dealing with this clutter though, I’ve been Unpacking in video game form.

Unpacking is one of the simplest games I’ve played in quite a while. There’s no twitch reactions or in-depth mechanics to worry about here, all you need to do is move items out of cardboard moving boxes and put them in your new beautiful pixel art house. Each room you move into has storage to explore, with plenty of options of where to house your prized possessions. Maybe you want a feature shelf for all your fancy figurines, or perhaps they’d be better off in a cupboard so you have more room for books. 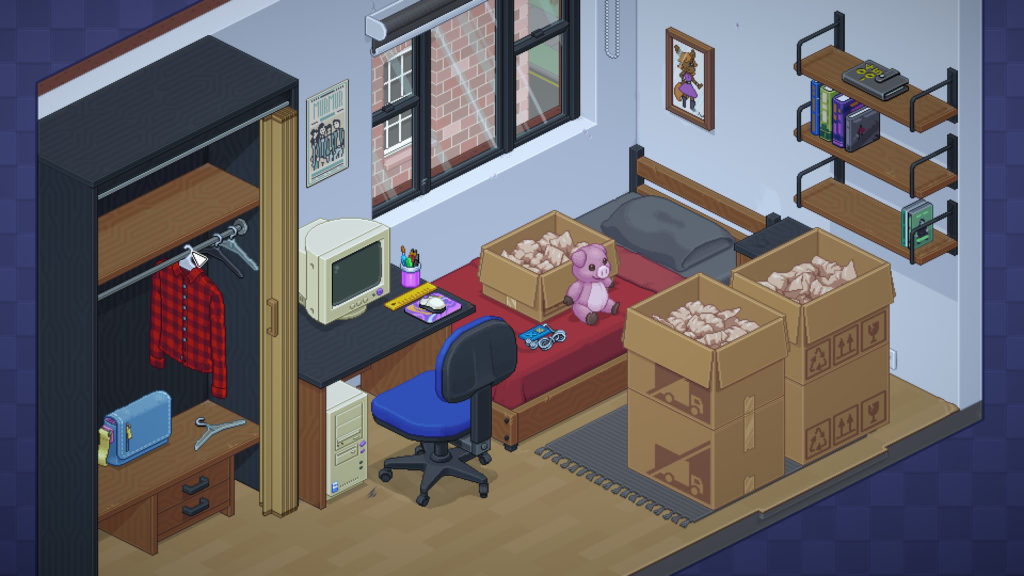 When you open a moving box all you see is the packing material on top, and every time you click on it you’ll be given a surprise item. Without any way of knowing what’s coming next, you’ll be greeted by all manner of perfectly crafted pixel art items as you go. From stuffed toys to sanitary pads, everything is flawlessly realised in this lo-fi art style. When arranging DVDs and video games I actually spotted movies and Gamecube games I recognised solely from the box art.

The idea that Aussie developers Witch Beam decided that a game about taking items out of boxes and arranging them would be enjoyable is utterly ridiculous, but they were bang on the money. Finding the perfect spot for an item brings a level of satisfaction I just wasn’t prepared for, and emptying a box and poofing it away carries with it such a feeling of accomplishment. At the end of each stage the house you’ve now filled with possessions feels like a home, ready for your protagonist to enjoy life there.

There is exactly one thing that can stop you from completing a stage, and that’s if you don’t place your items correctly. There’s plenty of opportunity to position possessions however you want, but if they’re somewhere entirely incorrect then once all the boxes are empty they’ll flash red and need repositioning. This might be because you’ve left a pile of books on the floor, or a printer in a room other than the office. It’s usually just common sense stuff, and it was never too taxing to move the few objects I’d placed incorrectly. 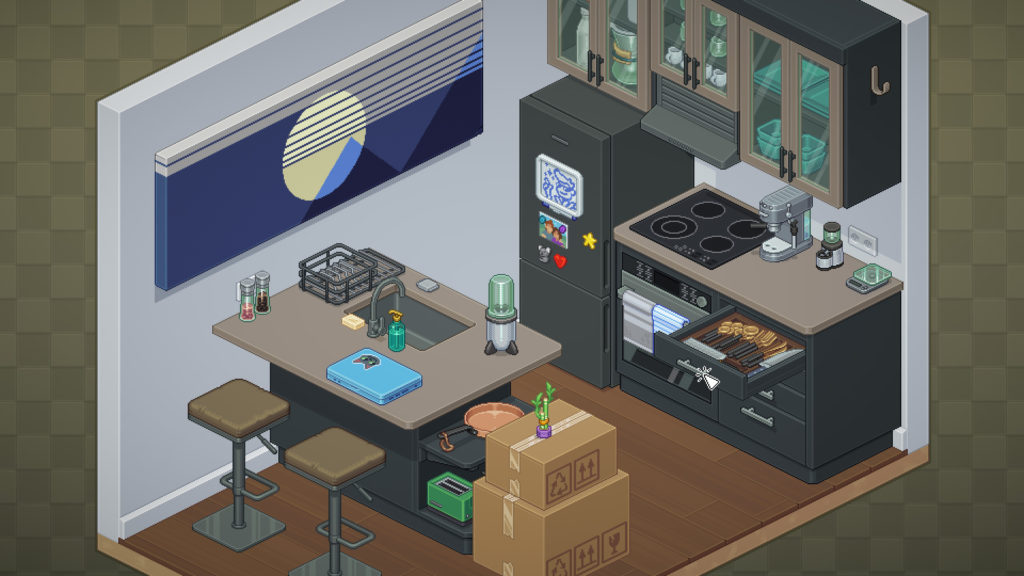 If all Unpacking entailed was moving random items out of boxes it’d be a fun distraction people would enjoy, but it is so much more than that. Solely through the items and locations a story is told. Sometimes it’ll just be the mug you put your toothbrush in having a chip in it, or your childhood teddy getting torn then eventually patched up. Other times it’ll be an insight into the life of the nameless and faceless protagonist. Like moving into a house with a roommate who loves pets, then in the next stage having a pet of your own thanks to their influence. Each stage has a year ascribed to it, and as you progress forward in time you’ll witness life events, relationships and even melancholy moments all through the window of your possessions and where you live. I won’t spoil any of the more memorable moments, but I almost got a bit teary while playing a game without a single spoken word or character.

Unpacking is an incredibly satisfying experience with an unexpected narrative, told in a truly unique way. Not only is arranging items and emptying boxes incredibly rewarding, but the story of these charming possessions and their significance in your character’s life made me remember the important events in my own life centred around moving house. Alongside these emotional moments, there’s also some of the most impressive and detailed pixel art I’ve ever seen. Unpacking is a very special game, and one I think anyone with an interest in unconventional storytelling should play.

Unpacking is a satisfying, gorgeous and unexpectedly emotional dive into moving house and the importance of our possessions. This game simply must be played.