previous
Podcast 15/04/16: The Wonders of American Burgers
random
next
Masquerade: The Baubles of Doom Preview
0 comments 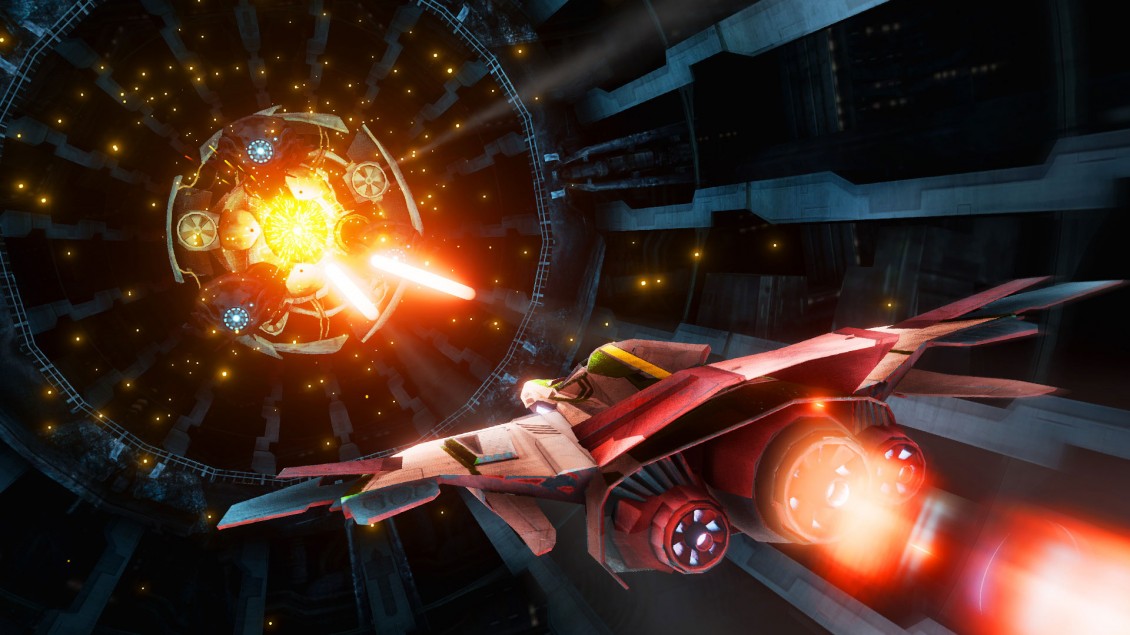 The concept behind The Collider 2 is nothing new: race a ship down tunnels collecting various power ups and destroying obstacles to complete the level. But something that differentiates Collider 2 from the pack is that it can be played using a VR headset.

And you might think that “using a VR headset” means you’re just watching the game through a headset but no, here the headset can be used as the controller. By moving your head you can dodge the obstacles in the game which creates a surreal experience and a level of immersion I have never experienced before.

The core gameplay is all about coordination and reaction speed. Something that I wasn’t expecting was how intuitive it felt to control the ship with my head. The headset (the Oculus Rift in this case, but you can play on HTC Vive too) responded perfectly to my movements so only a few minutes of mentally calibrating my own movements to the movement of the ships in game was enough to have me happily dipping and dodging my way through the first few levels.

Something that I find exciting about the introduction of VR is that game developers have much more hypothetical space within the game to work with. It would feel wrong to call it the screen where the main menu is as it’s more of a setting. The game menu is set in space where the player can see see the Alien ship attacking Earth behind it. The player can also look around and see the hangar that their ship gets launched from. The experience is incredibly immersive (it’s hard to not keep using that word, because that’s what it is!) and is a great example of how to utilize VR. But this great use of VR is not the only selling point of the game. The mixture of different levels that present the player with different obstacles is also a great feature of the game. At the end of each section (the levels are split into sections of varying difficulty) the player is presented with a boss fight where they must use their ship’s blasters to destroy a boss that blocks the tunnel. There are also power-ups which allow you to use more boost or be invulnerable to the obstacles.

ShortBreak Studios has made the claim that it’s “the fastest game on VR” and based on my time playing in VR it’s hard to disagree. Later in the game the speed of the ship and complexity of the obstacles increases significantly and the experience of hurtling through the tunnels is surreal. It’s got an endless mode where the difficulty increases the longer you play, and even at the low speeds I was able to achieve, it felt very fast. The endless mode also has a scoring system which allows players to compete for high scores which adds another facet to the game.

It’s so hard to explain the feeling of playing a game in VR. Collider 2 was actually my first experience of VR and I didn’t anticipate how surreal it is to sit and be able to look around you and observe your environment, nor the feeling of an obstacle only just missing you, and the relief as it flies past. I’m looking forward to the release on full game and playing through the entire game, and I’m very jealous of all the people that get to do so in VR.