Sponsored: Five Nights at Freddies Does it Again 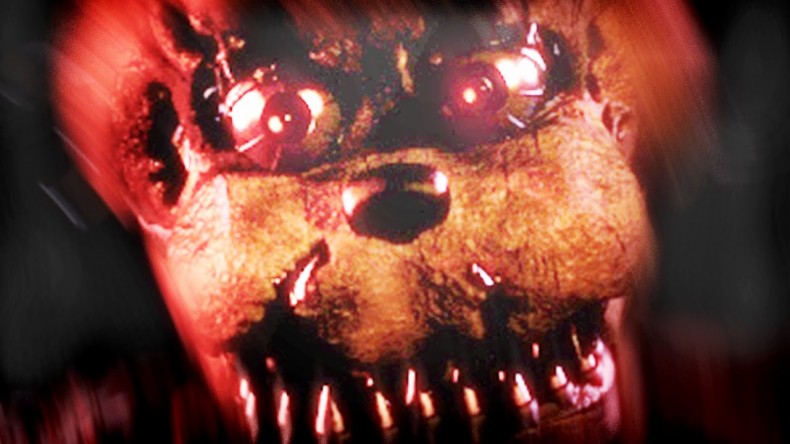 Fans of the highly engrossing, yet equally terrifying, Five Nights at Freddy’s series will have been delighted at the news that Scott Cawthon released the fourth and final installment much earlier than expected. October 31st – fitting for a game that can make you jump out of your skin when you least expect it – was the original release date, but it was finished much earlier than expected and was made available on Steam in late July.

Those of you who prefer to play the spine-tingling game, which marks the final chapter of surviving amidst potential attacks from possessed animatronics, can do so on Android and iOS devices. It is a sign of just how far technology has evolved, as you are now able to play a range of games on Slotocash and other websites which cover every genre, such as casino, puzzles and point-and-click which is perfectly executed in Five Nights at Freddy’s 4 which is set thirty years after the doors to Freddy Fazbear’s Pizza closed.

You play the role of a young boy who starts the game locked in his bedroom with high-end versions of the animatronics from Freddy Fazbear’s Pizza located within his room. He is haunted by nightmare of the animatronics attacking him, with his only options of repelling them is to use a flashlight and close every door, closet and bed that you come across in order to detect potential threats. This forms the basis of the first of five nights which you must survive in order to progress through the game; the dread and suspense that greets your opening night sets the scene for a gripping storyline that attempts to reveal the plot throughout the entire Five Nights at Freddy’s series, although this is open to interpretation.

The game follows a similar trend to Slender: The Arrival in so much that your flashlight is ultimately your best friend. It was introduced in the second game, but you will be glad to hear that this game comes with unlimited battery power, although it is how you use it that will ultimately determine whether you survive or fail. The light effectively wards off any animatronics seen down the hall, but if you hear breathing behind a door, or encounter Nightmare or Nightmare Fredbear by using your flashlight, then you are highly advised to close it immediately in order to avoid the imminent danger. Looking ahead of you may appear to be the sensible tactic, but if you do not shine the light towards doors, hallways and the closet (where Nightmare Foxy is hiding) or ignore them for too long, then you will be jump-scared which signals game over.

Each level of Five Nights at Freddy’s 4 increases in difficult to test your survival skills and see if you have what it takes to survive the on-going nightmare. Those who are brave enough to handle all the inevitable jump-scares and haunting moments that come with trying to defend yourself against murderous animatronics are able to play a mini-game called “Fun with Plushtrap”. Fans of the series will remember Springtrap from the third game, with the mini-game available after each night you successfully survive as a timed event in which you have to get a plush version of the toy to an “X” marker on the ground within a certain time limit. Meeting the required time enables you to start the next night at 2am, giving you less time to deal with the danger that lays ahead in your closet, under your bed or behind every door…or even behind you when you least expect it.

Five Nights at Freddy’s 4 certainly does not disappoint in providing the same terrifying, jump-shock qualities that has made the series so popular within the gaming community. Unlockable modes, including Nightmare mode which makes the difficulty even more horrifying and unforgiving, further add to the gameplay aspect that can be enjoyed by fans of the horror genre; it is the sort of game that makes you terrified of defending yourself against animatronics that looks like bears, ducks or baby chickens.

There is certainly no difference in quality whether you choose to play the game on your computer or handheld device – the level of dread, suspense and terror are exactly the same whether you choose to turn the lights off at home and play like a real pro, or sample the horror whilst on the go. Moving into the mobile market was undoubtedly the right move for Cawthon to make, given that many gaming websites and developer-based games have thrived under the ability to engage with a greater audience through providing a gaming app that offers you endless hours of entertainment and fun. There is an element of sadness to hear that such a successful franchise has come to an end, but although Cawthon has revealed he is already working on future projects, Five Nights at Freddy’s 4 is a fitting conclusion that you should do everything to play.