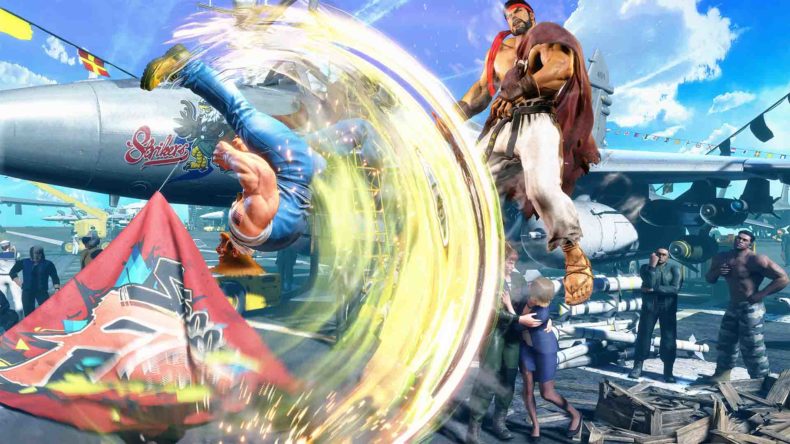 After spending some time playing it, we’ve got a juicy Street Fighter 6 gameplay video to share with you all that features all the fighters so far announced.

Myself and Sean Smith recently went hands-on with the game, and while we didn’t get to see anything story related, or any online modes, etc, we did get a healthy dose of Street Fighter 6 gameplay, and we both came away despite our aging years feeling like youngsters again. We chatted excitedly all the way home, musing how we’d go back and play it again tomorrow: it was just that good.

Anyway, Chris White quizzed me on the game in our Street Fighter 6 gameplay video, which comes off the back of Ken being announced for the game. It’s perhaps no shock to know that he’s in the game, but Capcom have lifted the lid and allowed us to show you footage of Ken, Guile, Kimberly, and Juri: and it just so happen that Ken and Juri were my mains in Street Fighter IV.

I have to say, picking up Ken for the first time, muscle memory kicked in and I was doing combos I remembered from SF4 (or thereabouts). Likewise, Juri’s moveset felt right, and on point. I didn’t dislike SF5, I just didn’t love it like I did 4. What I didn’t expect from the hands-on session, however, was for both of us to come away talking about Kimberly and Luke as potential new mains when the game actually comes out.

Kimberly looks like she’ll take some learning, with plenty of crowd control options, while Luke has a hugely speedy fireball attack that’s tricky to dodge, and wouldn’t feel out of place in a Mortal Kombat title. Anyway, I’m going to blather on like an excited schoolboy enough in the video, so I won’t do it any more here. Go read Sean’s far more technical preview (he knows more about the FG-genre than most will ever know), watch the footage, and join me in sitting here patiently waiting for that final game to come out.