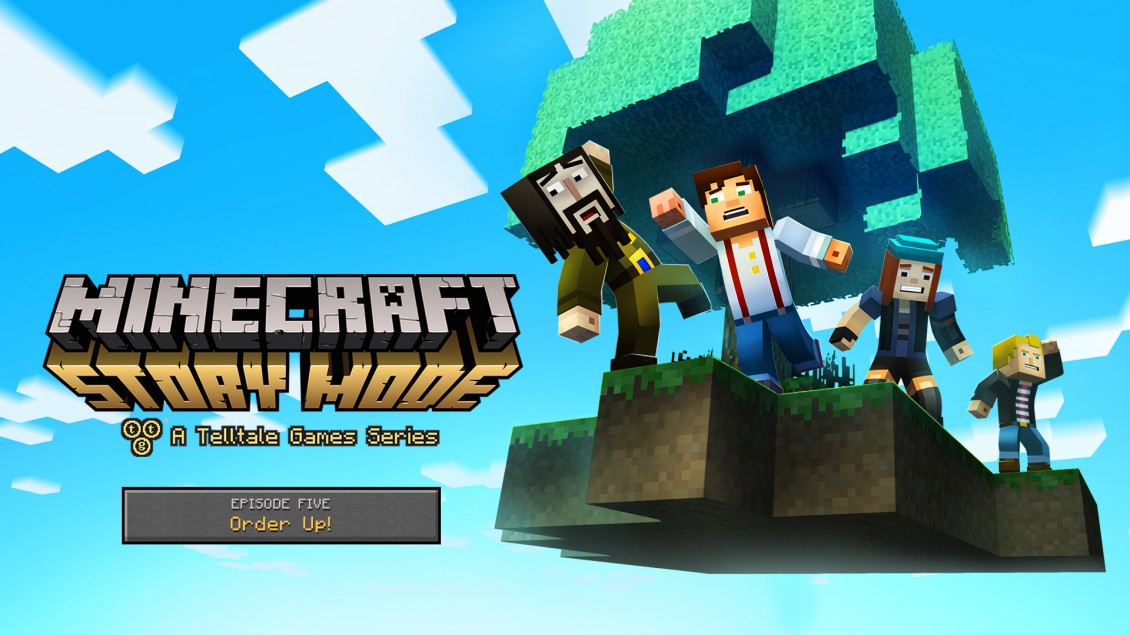 A lot of news coming out of Telltale Games this afternoon: the developer announced that Minecraft: Story Mode episode five will be released next week as well as that the adventure isn’t about to end just yet — three more episodes are on the way for 2016.

Episode Five, ‘Order Up’, will become available on March 29 via digital stores. Season pass holders or physical disc owners will get immediate access — everyone else will be able to pick it up separately for £4.99. In the upcoming episode, Jesse and company are ambushed by former Ocelot Aiden and find themselves in Sky City. As they explore, the Order finds that nothing but ‘The Void’ exists below the known world. When Aiden convinces Sky City’s ruler that the New Order of the Stone are up to no good, you’ll need to make some tough choices to keep Aiden from destroying an innocent world. Episode Five will roll out simultaneously on PC/Mac, Xbox One, PlayStation 4, Xbox 360, PlayStation 3, and iOS and Android-based devices.

In the same breath, Telltale announced that Episode Five isn’t the last time fans will see Jesse and the gang: three more episodes are set for release before the end of 2016. Episode Five will bridge the gap between the Wither Storm story arc, and the upcoming episodes will serve as post-season content in which Jesse and friends explored new and unfamiliar worlds. More details about these episodes will be released in the future.

See some screenshots from Episode Five below.

Currently an English, Journalism and Creative Writing student at the University of Strathclyde. Based in Glasgow, I spend most of my free time playing video games ranging from Japanese visual novels to horror games. You can contact me at greg@godsiageek.com!
MORE LIKE THIS
Episode 5MinecraftMinecraft: Story ModeMojang