previous
Sponsored: How & Why VR gaming will be taking over mobile and desktop
random
next
PlayStation Music hits 5 billion streams thanks to Spotify
0 comments

What to expect from the Atlas Reactor closed beta 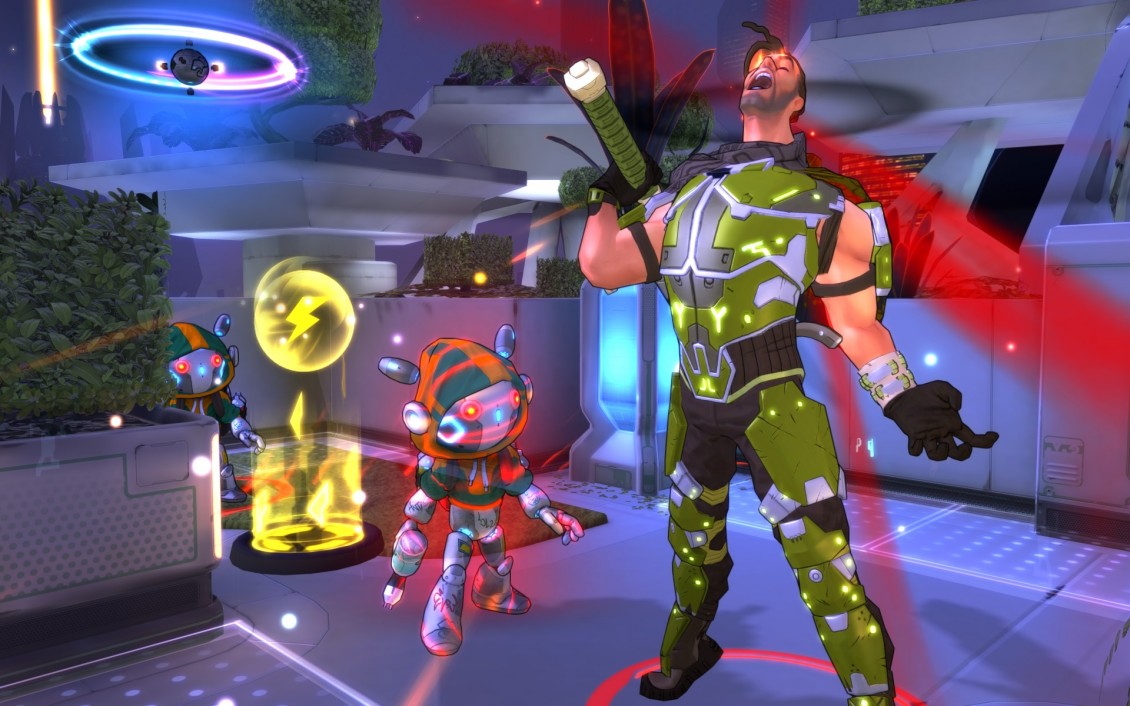 Atlas Reactor is a game with an emphasis on fun, action and efficiency. It wants you to make decisions fast and without trepidation, providing a fresh and interesting way to enjoy the tried and testing formula of traditional turn-based games. If you were lucky enough to play the open alpha, you’ll already have an idea of some of the things to expect. If you’re in the dark and want to know more before the closed alpha begins, I had the chance to watch a demo and hear some interesting titbits from the game’s Senior Producer James Karras and Lead Designer Will Cook.

As the demo started, I got to see many of the features Alpha Reactor has in terms of its gameplay, but the most interesting thing I saw was the option to give each player a mere 20 seconds to make their mind up and decide on a plan of action. Personally, I think the choice to do this is going to improve not only the pace, but also the excitement of each game. Watching the guys play showed off how fun it looks, and it’s mainly down to this short timeframe in which to choose your tactics.

Each move you have in your turn consists of prep, dash and blast. In prep, you will take “no direct damage”, and it acts as a way to set up shields or heal yourself. Dash mode “breaks the rule of movement comes last,” allowing you to “use them to dodge out of the way of blast phase moves”. Finally, the blast phase is where you execute all of your fancy attacks and watch as you damage your opponents. Decision mode is where all of these tactics are planned once you’ve decided on how your turn will play out, and Resolution mode is where you get to watch it all unfold.

Most turn-based games offer an element of chance through percentages and dice rolls, however, Atlas Reactor has taken these variables and thrown them out of the window. “All of our targeting is template-based, which is something a little different to those used to turn-based games” said James.

It’s another way Trion Worlds are trying to make Atlas Reactor more about player skill than luck and watching it unfold certainly emphasised the point. “If it is in your template, you can hit it, but the enemies can dash out of the way which is where the complexity of the game comes in.”

When the closed beta starts, not all characters will be featured, but as it rolls on more will be made available. One of the characters (or Freelancers as they’re referred to in-game) I saw a lot of was Elle aka the Enforcer. She’s a freelancer that has some very unique abilities and gameplay features only available with her. Elle is a beast with a shotgun, and when I was shown her template (the area in front of your freelancer showing the damage range) it was completely adjustable, changing from long and narrow to short and wide. “Elle is the only one who can change their template on the fly like this.” Another feature unique to Elle is the ability to fire off a shot in dash mode. Most characters can dash long range, but Elle can only dash one square, however, she can follow it off with a shot.

One of the features going to be included in the closed beta is Spectator mode. With combat being so fast-paced in Atlas Reactor, it makes sense to include this; they’ll be plenty of opportunities to enjoy the randomness of hundreds of other matches from across the world. So far, James and Will have already watched players engage in combat in the alpha and no two games have been the same. “I don’t want to say every game plays different because it’s more than that. I don’t think I’ve had anything that comes close to the same game”.

In the closed beta you’ll be able to see the taunt system. It’s a unique system that allows you to taunt your opponent right before a life-threatening blow. Of course, these can backfire too, providing a few laughs when the enemy misses or gets hit with an almighty attack. The camera zooms in for these taunts, and it helps to highlight how beautiful the game really looks. I’ve mentioned a lot of the new gameplay mechanics of Atlas Reactor, but one of the coolest things you’ll be able to do is take part in Seasons which is a way to deliver a story to the game. There’ll be new seasons released every couple of months and new chapters every couple of weeks, providing a little bit lore to help keep the story going.

There will be new challenges and daily contracts added to help your freelancer level up, giving you experience and the ability to craft new skins, taunts, banners, titles and emojis. Trion Worlds will be giving you the option to spend your own money in the game, but it’s aimed more at those who value money more than time; if you prefer to take your time and earn the various cosmetics and XP you can, however, if you’d rather rush towards the finish line you can buy your way to the top. This isn’t going to cause any unbalancing in player skill levels, with James confirming “there is no way to buy power; you are competitive from the first moment you play the game”.

If you want to get involved in the closed beta, there are three ways to do so. If you were part of the open alpha then you’re automatically entitled to play, and if you buy Atlas Reactor starter packs through their website you’ll be enrolled too. Finally, if you sign up to the closed beta through the link on their website you may be invited to play.

As soon as the closed beta starts the servers will be online 24/7. There will be new maps and characters added over the coming weeks, with plenty of schematics for new cosmetics becoming available too. It looks like Atlas Reactor is going to be well worth playing, and the short time I had watching the demo was enough to get me excited.

We’ll have some codes to giveaway later this month, so come back then!

Video games are cool. Don't let anybody tell you any different.
MORE LIKE THIS
Atlas Reactor