previous
Destiny Expansion One: The Dark Below Review
random
next
Brothers in Arms 3: Sons of War Review
2 likes 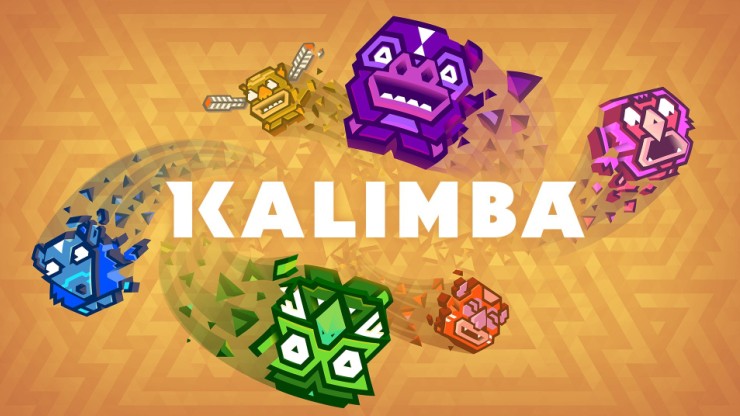 Press Play are the Danish studio that brought us the delightful Max: The Curse of Brotherhood in 2013, a game that many of will have played and enjoyed thanks to its appearance on the Xbox Games with Gold service a couple of months back. Kalimba is what the now Microsoft-owned studio have been working on since Max’s adventure. A title pitched as “more than just a platformer”, Kalimba is, on first inspection, an interesting looking beast with its funny little characters and abundant use of particle effects.

Kalimba is a platform game first and foremost, with puzzle elements thrown in that make the game more challenging than your traditional run ‘n’ jump affair. Kalimba is the story of an island “somewhere, and nowhere” called Kalimba, home to a huge and powerful totem guarded by a shaman woman. An evil shaman comes along, wanting to mess with the positive vibes of the island, knocks the big totem over, scattering smaller totems across the island. The woman croaks it, but her spirit lives on, and she possesses the totems to collect them up and rebuild the larger, powerful totem. “This is where you come in” says the very self aware narrator, Hobear The Metabear, “as without you, we wouldn’t have much of a videogame”. Using the spiritual power of the dead shaman woman, you control two totems in unison, with their actions bound together, so when one jumps, they both jump. The aim is to guide the totems through the devilishly designed levels, littered with fields of varying colour. Your totems can only pass through the force fields that match their colour, and entering the wrong force field will mean death for your totem. A press of the X button flips your totem’s position, so if you happen to have one totem stacked on another, you can flip them up and down depending on the obstacles up ahead. Having one totem stood on another has another benefit: the double jump, which Hobear tells you is needed “all the time”. Using the double jump, you can avoid obstacles and reach more of the collectibles that reside in the levels, which are needed if you want to get a good score at the end of a stage. Collecting all of the items and not dying once (gulp…) will result in a Golden Totem being added to your stack of totems in the menu screen. A fine reward indeed.

Press Play are calling the triangular-shaped particles that make up the world of Kalimba ‘Trixels’. These particles make themselves known when you flip your totems and whiz through a force field, and become even more apparent when going up against one of Kalimba’s ultra challenging boss stages. In static form, Kalimba could be called quite ordinary looking, but in motion, and when things get hectic, the effect of all those particles (thousands of them) flying around makes for a gorgeous, and unique, spectacle. It is how Kalimba ties all of its gameplay mechanics together that makes it such a joy to play. There is a fairly steep learning curve, don’t get me wrong, but Kalimba is a rewarding, wonderful little platformer that will give any game in this genre a run for its money. Yep, here’s looking at you, Nintendo. It is that good. Flipping rapidly to get through a touch stage, aiming to collect all the pick-ups, avoiding death at all costs, messing with gravity and throwing totems into Donkey Kong-style canons… Who knew a day in the life of a totem could be so exciting? Kalimba has a local two player mode, which allows for four totems to appear on screen at once. The two player experience is a separate campaign, and while it retreads a lot of the same ground, it allows for some more head-scratching moments that are great fun to take on with two people. You’ll need to trust the person you are playing with to get their timings bang on, or there could be tears! Bonus, self contained stages can be found in several of Kalimba’s single player levels. These challenge stages are all about picking up as many collectibles as possible in a deadly environment, and thanks to the attached leaderboards, I have spent rather a lot of time in these little rooms the last few days. Hobear says I’m the best in the world. I’m not going to argue with him.

Going into a game completely blind is a rare treat these days, and Kalimba, it turns out, is the one of the biggest treats I have had all year. Press Play are building quite the reputation for themselves, I can’t wait to see what they come up with next.

Kalimba is a fantastic, colourful little game with a unique mechanic, but it's no pushover.

Kalimba jumps onto iOS on Thursday

Kalimba is a Potential Unsung Hero