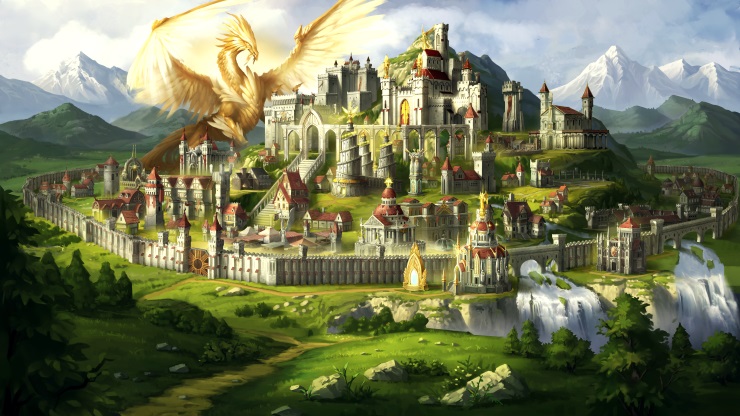 There’s something to be said when a developer sticks by its fans and really services their wants and needs. It’s a rare thing, but this is what Limbic Entertainment have done following the feedback received from Heroes VI – which was met with a horde of pitchforks and torches from its community, baying for blood and a better game. Limbic tried to breathe new life to the franchise by including new features: faction reputations, deeper strategic gameplay (that one didn’t quite pan out), a kind of “always on” feature that no-one ever likes. It was a bold move, considering that by this point the game was already an established “favourite” in the eyes of most of its fans. So, in true fanatic style, the fans revolted against the changes they’d not asked for. Heroes VII is Limbic’s attempt at stepping back into familiar territory, the safe ground of proven formulae. Not to mention the unrelenting jaws of the spring-loaded, iron bear trap that is releasing an identical game with each iteration.

As the campaign begins, you select one of six advisors, one of each faction in the lore, to tell of an event in their faction’s history. This offers the opportunity to experience the game from multiple angles and narratives. Each faction has units unique to them, as well as different maps to explore. The idea is to gather resources, defeat monster “camps”, capture towns, build up your castle, and grow your army. It offers play style variations and the ability to pick your own path through the overall story. It’s not much, but it’s something. As you move across the maps, you have to pick your fights carefully or just outright avoid them while you’re running around scooping up all of the resources littered all over the place. This is important, as you need to amass resources to upgrade your castles to then build your army. This part can get tedious because it really can be a grind to build enough of an army to challenge the tougher enemies without getting smacked around like a martial arts dummy. Traversing the maps to gather these resources with limited movement distances per turn adds a layer that really feels arbitrary most of the time, especially when you consider that the enemies don’t move and there’s no real reason to have a turn-based system.

Thankfully, combat is generally fun and rewarding. While each faction has its own unit types, these don’t vary a great deal between each other. I think Limbic could have done a lot better here with variety. The other small peeve I have with combat is that there are some systems and mechanics that I was quite rusty on, having not played the Heroes series for a little while, for which there were no explanations. It took a little too long for a returning player to get to grips with all the niche elements of the system. For a new player, it would be incredibly confusing to navigate through the myriad mechanics available – even then, it’s likely that certain “advanced” strategies would be missed completely. While on the subject of combat, there are aspects of the UI and control schemes that feel a little janky. The game makes it too easy to miss-click your desired attack, which is essential when you’re trying to execute a more complex strategy by attacking an enemy from a flanking position, and can turn what was supposed to be a high-damage backstab into a movement order with no attack. Sadly, the animations don’t do much to help the combat, and feel incredibly lacklustre considering the tech behind Heroes.

It’s not all bad, though. While it may sound like I didn’t enjoy it, I genuinely did because I like the Heroes franchise. This game is completely servicing fans and doesn’t hide this fact in the slightest. If you’re a veteran Heroes player, you will take to Heroes VII like a duck to water and none of the nuances of the series will surprise you in the slightest. You’ll notice some minor differences from previous iterations, but they’re not completely alien. It has a compelling story told through retrospect and “campfire tales” of the past that gives you the ability to play various unit types, maps, and narratives with different quests and objectives to the chapter. The maps, of which there are a lot, are as always among the best looking parts of the game. While the scale and number of maps may be daunting to new players, it’s absolutely fantastic for the veteran who’s looking to explore this beautiful world. The campaign is vast, and you will get some real mileage out of the campaign. Each advisor is a whole chapter to the story, and for the most part these chapters are split into three or four parts. There’s a lot in here to keep you busy for weeks of solid play, and I would recommend this for the fans who are looking for the formulaic Heroes game that remains true to itself. No surprises, no strange mechanics or major changes; just good old plain, turn-based fun.

If you’re a fan who’s looking for innovation in to the franchise, sadly you’re not going to find it here. This is the same game that we’ve had throughout various iterations of the franchise with updated technology and graphical power. There are some corners cut and shortcuts taken, but it’s a solid Heroes title.

As good as Might and Magic Heroes VII is, it’s not a perfect game by any stretch of the imagination. Nostalgic and fanatically protective fans have stifled any innovation that could have come from it, and Limbic Entertainment’s decision to service the fans so absolutely means that they’re unable to change what they do. New players coming into this franchise for the first time are going to struggle. It’s uninviting for anyone unfamiliar with the series; however, if you’re willing to stick through it there is a genuinely good game underneath.

Does nothing new.
Doesn’t explain much.
Certain elements feel tedious.

More a service to existing fans than a new game in the series, Heroes VII is a huge game that entertains but fails to overwhelm.