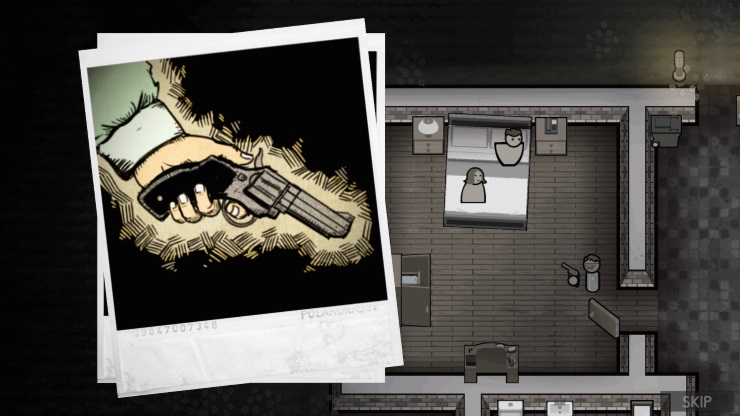 While previous simulations have left me feeling like I’m merely a pawn in the management of whatever sort of establishment I’m supposed to be running, Prison Architect is different. Through a vast array of tools and customization options available in-game, I’ve never felt so in control of a simulation in my life. The game has come a long way from the alpha stage in which it was first released, and I’m pleased to say, as an original investor in Prison Architect, it has blossomed oh so beautifully.

The main appeal of Prison Architect is its sandbox builder. The career mode we’ll discuss later, but what I really want to focus on is the large amount freedom permitted to you, not only in design but in the all-round running of your prison. You have the ability to change the kinds of prisoners you get, alter the punishments they receive for internal misconduct, choose where they are at what times of the day, assign them to an array of in-house jobs and consciously ignore their flaws or attempt to reform them, to reduce reoffending rate. This is only a fraction of the powers available to you, as I’d be here all day listening the innumerable amount of customisable intricacies. One of the most fascinating aspects of Prison Architect is the ability to reform prisoners through a variety of different methods. Prospective governors and governesses can arrange for rehabilitative classes for drug addicts and alcoholics, provide therapy and anger management classes, or train prisoners in new skills such as cooking and metalwork to aid their chances when they eventually leave prison. These options add a whole new dimension of morality to the game, and take the simulation deeper than surface level.

Prison design is entirely up to you, too. Segregate and associate prisoners to your own preference, divide them by security ranking, limit where max security can go within the prison or even invite them into the lap of luxury by providing them with showers, televisions and windows in their 2×3 cell… the choice is entirely yours. As previously stated, the sandbox forms the base of Prison Architect’s success, acting as the game’s pinnacle: even before v1 released, I had clocked up 100 hours of gameplay by becoming utterly absorbed in my little reformatory creation. Now here’s where we hit some bumps in the road: the campaign. While originally confused that the developers had even teased the idea of a campaign in the alpha builds, I’m now even more confused as to why they would label it as such. While attempting to interest you with a story, the “campaign” really just feels like a tutorial that’s been more fleshed out than usual. Teaching you how to play the game is the main aim of the campaign, it seems, which really shouldn’t be the case. Although trying hard to entertain with a shady cast of characters that seem like they’ve just walked out of a telenovela, it’s difficult to take the whole thing seriously. Instead, I found myself pining to skip the cutscenes and get building. Maybe it’s just me, but I feel like they could have cut the campaign out entirely without greatly affecting the final product; failing that, even renaming it as a tutorial mode would have improved my impressions.

Introduced in the final version of the game is an escape mode. Given control of the prisoners instead of the prison, you’re tasked with breaking out of an already established prison. While its good fun initially, it quickly becomes clear that there is really not much to do in terms of escaping. While to me it seems like a last minute add-on in an attempt to compete with other prison-orientated simulators like The Escapists, I really do hope they expand this game mode further. At the moment, it feels very bare and out in the cold. Perhaps Steam Workshop compatibility will change this, but at the moment it feels just a bit gimmicky. There are a couple of miscellaneous niggles which have transitioned from the alpha version through into the full release, which feel like complete oversights. When booting up the game, there is no clear introduction screen or navigable menu. Like the alphas before it, the game opens straight into a brand new prison sandbox, an issue I had assumed would be cleared up when going gold. However, other issues such as the wonky class scheduling and workmen getting stuck doing the same task over and over again have thankfully been cleared up, making the game feel a lot more polished in the process.

Regardless of the inconsistencies in Prison Architect, it wholeheartedly succeeds as an immersive and unpredictable simulator. The sandbox is a masterful creation and is where the majority of your hours will disappear, allowing for an incredible amount of control over almost every aspect of your prison; this is the factor the helps carry the game out of the realms of mediocrity and into the blazing light of excellence. Despite being weighed down by a conceited attempt at a campaign and some design oversights, Prison Architect is a unique and expansive simulator that will keep you hooked for the months to come.

Although it is weighed down by some questionable development choices, Prison Architect is a break-out success due to its sandbox alone.