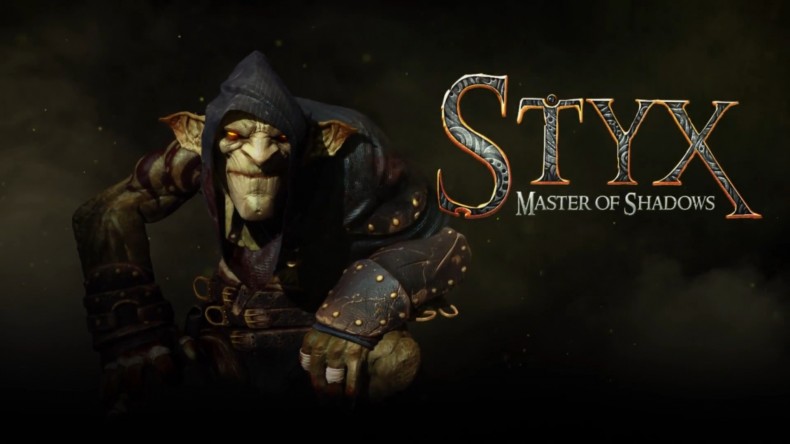 Released in 2012, Of Orcs and Men is a third person mix of tactical action and stealth featuring the unlikely pairing of brutish orc Arkail and devious little goblin Styx. By combining their very different abilities, you are tasked to cross a dangerous fantasy world to assassinate a human emperor and end the reign of tyranny that is decimating the Greesnkins in their hundreds. It was a fine effort from co-developers Cyanide and Spiders, and was arguably Cyanide’s best action game – that is, until now.

Styx: Master of Shadows returns to the world of Of Orcs and Men but focuses solely on the titular assassin. Imbued with “Amber” (this world’s version of mana, harvested from the gargantuan Tree of Life), Styx must ascend the Atrium of Arkenash, a towering structure that houses the Tree, to steal its heart and thus take control of the Amber. A nefarious little anti-hero, Styx is the epitome of “middle of the road”, too selfish to be either good or evil, and instead worrying about nothing other than what’s good for Styx. You’d think this would breed an unlikable protagonist, but Styx is a goblin of rare intelligence, and so, by definition, he’s not expected to be golden-haired and pure of heart. Master of Shadows does away with Of Orcs and Men’s underperforming tactical combat and instead presents a pure stealth experience the like of which is becoming increasingly rare. Harking back to the original Thief games or early Splinter Cell, the mechanics call for patience and planning if you wish to make it through each “zone”. Light plays a major role, as you must extinguish braziers and other illumination to reduce your visibility as you creep around patrolling guards, picking locks and slitting throats. Bodies must be hidden to avoid detection, and occasional minor puzzles are thrown up in the form of locks that require some of Styx’s Amber magic to circumvent.

For example, Styx has the ability to cough up a clone of himself that can squeeze under some doors and open hard to reach switches, or he can activate the simply-named Amber Vision to highlight enemies and secret routes. The level design is fairly impressive, offering several routes through each area and giving you lots of opportunities to experiment with Styx’s abilities. Sometimes you can simply sneak past a guard while he snoozes, but if you make a noise by opening a door or knocking into furniture he might wake up, so it’s probably best to kill him, which means hiding the body. Patience often reveals secret routes under walls or across the rafters, allowing even more diversity.

Around halfway through the story you’ll need to make your way back, and will face the same environments backwards. Some would accuse Cyanide of lazy design, but it makes narrative sense and highlights just how well thought-out their levels are. The biggest let-down is the combat, if you can call it that. If you’re spotted and can’t escape in time, you’ll enter melee and, because Styx is much smaller and weaker than his adversaries, that usually means death. You can’t really fight, you see, and must instead press X at the right moment to parry before pressing it again to go in for the kill. Against a single opponent, that’s fine, but face more than one and it becomes an exercise in futility. Given how well Styx handles himself in Of Orcs and Men, it’s a wonder Cyanide opted to go this route with Master of Shadows. But then, this is a stealth game, and as such you’re encouraged to avoid confrontation as much as possible, by dousing lights, using cover, hiding in the shadows and moving slowly. Speed runs come later when you’ve learned every patrol route and secret shortcut.

Any stealth game is only as good as its AI, and Styx: Master of Shadows is more than capable. Guards react to noise and movement, as usual, or remain locked in a routine until disturbed. Once they are suspicious or pulled out of their pre-set path, they become unpredictable until their programming kicks in again, so it pays to take your time. Oddly, you react to shadows by glowing, as your Amber tattoo begins ti shine. Somehow, this doesn’t make you more visible.

Graphically, Styx: Master of Shadows wouldn’t tax the 360, let alone Xbox One. Muddy textures and jerky NPC animations work against the environmental detail and impressive shadow-play to deliver a visual style that’s functional rather than impressive. That being said, it’s an extremely atmospheric adventure, the macabre fairytale world reminiscent of the under-appreciated Kingdoms of Amalur. It’s a grubby fantasy world, wherein the classic races of human, elf, dwarf, and orc co-exist uneasily and often aware but ignorant of one another. The main draw, of course, is Styx himself, a character who somehow manages to be likeable despite his shortcomings, and whose incongruous Bronx tones somehow fit the character and the world. This kind of pure stealth game is a rare beast, requiring patience and perseverance, and asking for an understanding of its rules and difficulties if you want to survive. It may be a little ropey in places, but that’s long been part of the charm where Cyanide and Spiders are concerned.

Styx: Master of Shadows uses established genre tropes to great effect, delivering an experience closer to Thief: Deadly Shadows than Dishonored, but set in a dark fantasy world that manages to feel new despite its intrinsic familiarity. Solid AI and intelligent level design add up to one of Cyanide’s best games, and hint at the possibility of future greatness for this fledgling franchise.

A challenging, well-designed stealth game only let down by irritating combat and a lack of visual flair.