previous
World Rally Championship 5 Preview: Taking the Tight Corner
random
next
Rocket League DLC has me More Excited than I Should be
1 comment 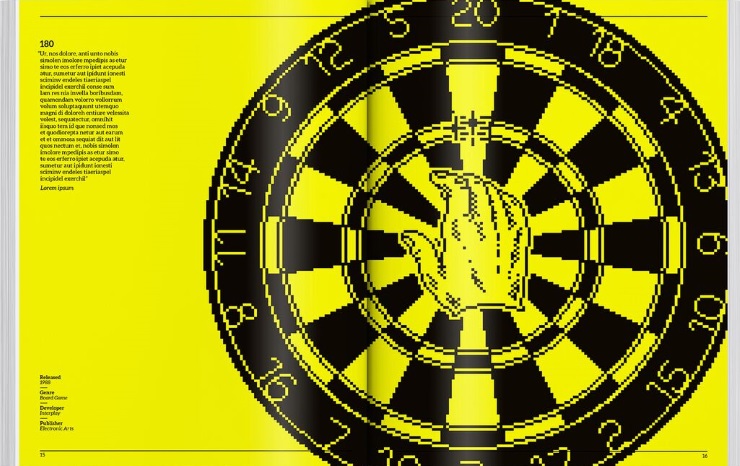 You’ve gotta go back a fair few years to remember a time when games loaded from cassette tapes, but the ZX Spectrum was one such machine.

And that picture above? I bet that some of you remember that Darts game, right?

Sinclair ZX Spectrum: a visual compendium will focus on the visual side of the computer; from in-game pixel art to game maps to box artwork, the book will be crammed full of beautiful high-resolution, full-colour pixel art and photography. The ZX Spectrum is a true British icon and at the time boasted cutting-edge product design. This unique and iconic image is something that will be captured; the ultimate aim is to produce a book which proudly pays homage to this classic home computer.

Each spread in the book will focus on a different game, each represented with a striking visual, along with short reviews, developer quotes, and behind-the-scenes trivia. Contributors to the book include Ste Pickford (Binary Designs), Bob Pape (R-Type/Rampage), John Heap (Denton Designs), Julian Gollop (Laser Squad), Matthew Smith (Manic Miner/Jet Set Willy), Steve Turner (Graftgold), David Darling (Codemasters) along with many other developers and journalists.

The text will be edited and overseen by industry legend Steve Jarratt, a veteran computer games journalist who has edited countless best-selling publications including Crash, Commodore Format, Amiga Format, Total!, and EDGE. The foreword will be written by ex-Binary Design graphic artist Ste Pickford, one half of the legendary duo The Pickford Bros., who made their name creating the artwork and designing classic games such as Zub, Glider Rider, Amaurote, 180 and Feud.

Oh go on then, one more picture… You can find me on Twitter and PSN as MacShanks, and feel free to hit me up if you have any questions, queries or feedback!
MORE LIKE THIS
Funstockspectrum